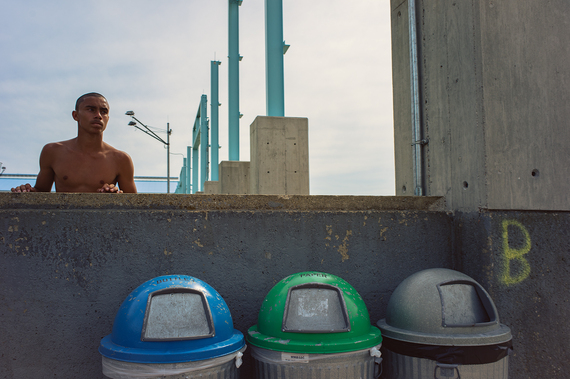 One of the unfortunate side effects of the street photography craze is the plethora of people trying to make a living from "teaching" the genre to all the eager newbies. Indeed, some do seem to paying the bills from this endeavor - at least for the moment, mostly because those newbies are coming by the trainload. The problem comes in the form of unqualified teachers making up stupid content to teach. Enter street photography rules.

I'm not suggesting that everyone teaching street photography is unqualified. However, I do find it strange that some of the people doing so have had no solo exhibitions, no independently published monographs, and no long-term experience in photography. So what makes them qualified to teach exactly? I'll let you answer that one.

One of the favorite things for these street tog teachers to peddle is a rule. Don't do this, do that, and so on. But when did creating art come with rules? Isn't the whole point of art to break rules? To not have rules at all? To be clear, I'm not suggesting that there aren't things to teach in street photography, or creative practice in general. Where I doubt things is when I see a rule such as this: Never shoot from the hip. Why? Has anyone ever heard of Mark Cohen or Daido Moriyama? It seems some street photography teachers have even changed their mind on the subject, as they have presented contradictory lessons, see here and here.

I expect we see this rule, and others like it, because some of these so-called "teachers" think that only the weak and timid newbies would ever shoot from the hip, as a way of not drawing attention to themselves. Perhaps the "pros" feel they have advanced beyond this timidness. But what if it's a style thing, such as is the case with the two masters named above? Not to mention the subway work of Walker Evans. Furthermore, even if someone is shooting from the hip to avoid confrontation, does it make them less of a photographer - their work less authentic or interesting? The rule is dumb. 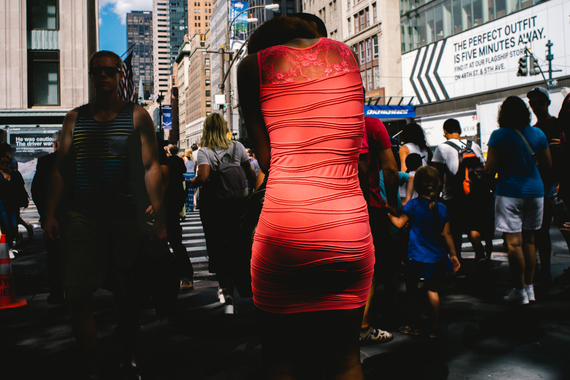 Let's take a look at a few more so-called "rules" or bits of "wisdom" from around the internet and see if they really make any sense:

Rule: When in doubt, ditch.

Comment: Many, many treasure troves of unpublished negatives have been found in the estates of master photographers. Some of these, which the photographer initially second-guessed, have become highly popular and widely published images. Furthermore, we have learned a great deal about famous photographs by looking at the surrounding rejects on their contact sheets. Ditching everything except your very best will leave very little in your lifetime archive. It may also deprive posthumous study of your photography, should you arose such interest.

Rule: Post process a photo until it looks about 80% good and then stop.

Comment: Seriously? First of all, has anyone looked at the contact sheets of famous photographers? All they did was crop. If you take an otherwise fantastic image, but there is a tiny bit of a sidewalk barrier in the photo along the edge of the frame, for instance, are you really supposed to leave it there because some workshop leader told you to never crop? Ridiculous. Cropping has very deep roots in the photographic arts and, like everything else, can be effected well or poorly. Making a rule to simply not crop is outright nonsense.

Comment: No, silly, learning to edit helps the editing process.

Rule: Photographs made on film are more respected.

Comment: Another lame attempt to justify the use of film. Film photography is different from digital and some people prefer this way or that way of working. Neither film nor digital is the best. Both have many issues. I'm quite tired of reading posts from photographers trying to make us believe that analog is better. It just doesn't wash in this century. Analog can be a great learning tool, but it is very limiting and becoming insanely expensive (especially for those outside of major city centers). I bet a great number of amateurs have blown serious amounts of money on analog equipment and film just because some hipster told them it was better. Not cool.

Comment: Yes, I agree. The longer your lens the more of a creep you are.

Rule: No posing, everything must be candid.

Rule: Street photography is all about getting close, really close!

Comment: Okay, there is some wisdom here, but far too many photographers have taken this rule way too seriously. Street photography is not defined (or shouldn't be defined) by blowing a flash three inches from someone's face. You're to blame for this one, Bruce! Yes, before someone points it out, I too am guilty of this technique. But does every good street photo have to be so claustrophobic? Back up, show us the rest of the story. Cartier-Bresson was, generally speaking, not all that close. And, when Robert Capa mentioned getting closer, he was not talking about six inches, just saying. Contemporary street photography (in a lot of instances, but not all) is getting more and more intrusive and the images are of subjects closer and closer. It's to the point where it is not improving street photography, but rather causing a lot of mimicry, which leads to more and more tired and boring images.

Comment: Now you're just taking all the fun out of it, although, on a more serious note, yes, this could be good advice. All the confrontation we are seeing in street photography these days is largely to blame for the emerging criminalization of the practice. Even in places like the United States, where the laws seem to be firmly on the side of the photographer, the growing disdain for street photographers is a result of overly aggressive "in you face" shooting.

Okay, am I ranting against street photography workshops? Kind of, sort of, but not really. Some photographers have a wealth of information to share and getting an afternoon to pick their brain is a real score. Others are hustling to pay the bills. My advice, stay clear of rigid rules. Make your art as you like and see what you come up with on your own. If you are going to fork over hundreds of dollars for a photography workshop, make sure you understand just what it is you're going to get out of it. Ask yourself what the teacher has to offer and what qualifications back up those claims. Regardless of what you decide in terms of shelling out for "professional" workshops, I can tell you one thing for sure - no one ever became a great photographer by following a list of rules.

Michael Ernest Sweet is a Canadian New York city-based writer and photographer. He is the author of two street photography monographs, The Human Fragment and Michael Sweet's Coney Island both from Brooklyn Arts Press. A third monograph, Disposable Camera, is to be published in 2016. www.MichaelSweetPhotography.com.