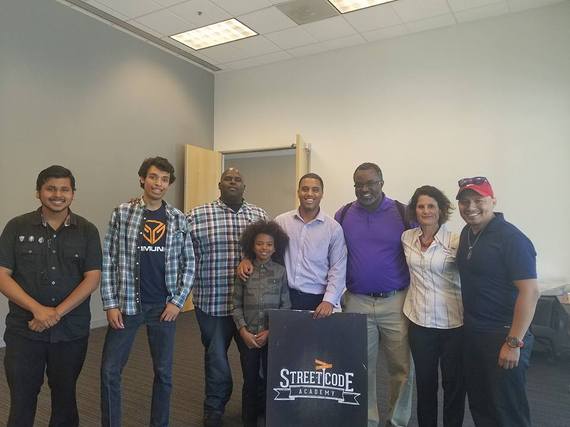 StreetCode Academy presents for the Rennaissance Center for Entrepreurship.

On Friday, June 3, 2016, East Palo Alto tech hub StreetCode Academy was invited to Sobrato Center for Nonprofits in Redwood City to make a special presentation for participants and business partners of the East Palo Alto Renaissance Center for Entrepreneurship.

After a brief overview of StreetCode Academy by Ed Bailey, Managing Partner at Archer Genius Management and lead business advisor to StreetCode, StreetCode Director Olatunde Sobomehin forgoed the opportunity to talk in depth about the East Palo Alto program and instead chose to have the top participants from its recently completed Winter DemoDay 2016 talk about their ideas and startup businesses to showcase the spirit of StreetCode and it's mission.

All of the presenters displayed different aspects of the entrepreneurial and innovative nature StreetCode Academy is striving for. They showed grit, creativity, compassion, courage, and huge promise worthy of investment with the right investors in the room.

StreetCode Director Olatunde Sobomehin, had this to say about the participants, "Our thesis is that these ideas when given resources, entrepreneurship training, networking opportunities, and community support, can be successful businesses. Each one of these individuals embodies hope, determination, commitment, and personal development. We're just happy to be one of their chapters."

For many in the crowd, Tayo Sobomehin was the highlight of the group. His hard-to-miss afro hair, beaming smile, and happy-go-lucky demeanor made his presence instantly known. After presenting an overview of Spike Run, he demonstrated a high-level command of programming concepts in explaining how he programmed the features of his game. It was easy for all to see his enthusiasm for coding, which was made all the more impressive because Tayo is just 11-years-old. At such a young age, he's ahead of the curve on his programming skills.

Tayo is making his third game, "Spike Run" using Processing software and coding in the Java programming language. The object of his game is simple: a player runs continuously as he encounters spikes to jump over. The spikes can come in sets of 1, 2, or 3. As you progress through the game, the level begins going faster. Once a player scores 30 points, bricks begin to fall down to be dodged while jumping spikes.

Having played the prototype of Tayo's game, it's simplicity is surprisingly difficult. Being aware of the difficulty and to make it more user-friendly, Tayo programmed "power-ups" into his game, where one powerup gives you an extra life and five gets you five seconds of invincibility from bricks and spikes. He also programmed platforms for the player to jump onto as temporary safe havens to avoid the spikes. One interesting twist he recently programmed into the game is that at random points in the game, the gravity switches; now everything is inverted and you have to avoid the spikes upside down!

Tayo's interest in programming was sparked because he wanted to know how people made the games he liked to play so much. If he could understand how games were built, maybe he could build something other people would like to play again and again? 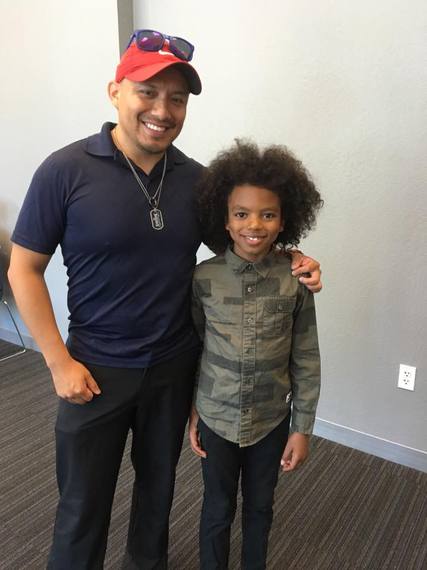 He was fortunate enough to be exposed to learning Java in the 4th grade while attending the Nueva School in Hillsborough, CA. Shortly thereafter, StreetCode Academy held its first HTML/CSS and Java bootcamp, which Tayo happily participated in. It was his time at StreetCode Academy that exposed him to passionate instructors and mentors that further fostered his interest in programming.

Every time I watch someone new attempt to play his Spike Run, I see elements of "stickiness" - that's a good thing for anyone looking to develop a successful game. It's because of this positive user feedback that Tayo wants to continue making his game into a full-blown mobile game available on the App Store.

He hopes to participate in StreetCode Academy's Summer 2016 Accelerator Program to find out if his game can become a viable business. Tayo will have to apply Spike Run for acceptance into the Accelerator program, but if his idea is accepted, he'll learn the business skills necessary to scale the distribution of his mobile game as a product that generates revenue and not just a fun game people play.

The StreetCode Academy Accelerator is a six-week team-based intensive program designed to take the participant's best tech idea to reality. 100% free to participants, they will learn how to create a mobile or web product by spending the majority of the program developing their desired product with guidance from industry professionals, technology instructors, and collaborating with some of the brightest minds of East Palo Alto has to offer.

StreetCode Academy was founded in summer 2014 as a 4-week web page bootcamp. They followed that successful foray into tech with Hackathons, community tech workshops and two 10-week courses (Introduction to Web Development, Mobile App Fundamentals). Now it's offering cutting edge virtual reality instruction and entrepreneurship training to the chapters of the StreetCode story.

All this is part of the overall mission to combat the lack of diversity in Silicon Valley, leaving a void of cultural wisdom underrepresented communities have to offer. The program is staying committed to its mission of training youth and young adults with relevant coding, digital media, and professional skills needed to transform the 21st century tech industry.

As StreetCode Director Olatunde Sobomehin so eloquently put it to his students at the end of the Renaissance Center presentations, "For the last two years, we've been developing tech skills; now we're developing business skills. Bringing these two skills sets together, we're going to see great ideas and great technology capture value in the marketplace. Additionally, we're going to add value, create value, and bring value to our communities and our families. That's where the gold medal is; that's what's going to give the gift of self-determination."

Fame management consultant and esteemed business author Peter Drucker once said entrepreneurship is innovation + marketing. StreetCode Academy is well on its way to maximizing the potential of the powerful tenants of that simple equation to give underrepresented minorities a powerful sense of self-determination.