A new video campaign from paper towel brand Brawny tells consumers that #StrengthHasNoGender by transforming their iconic Brawny Man into a woman. For the past five decades, the Brawny Man has served as the face of Brawny paper towel products. Known for his manly mustache, red flannel shirt and "brawny" strength, the Brawny Man is a famous example of American masculinity.

But women can be "brawny" too.

Published on Tuesday to celebrate International Women's Day, one of the campaign videos features women protesting, scaling the side of a mountain, flying an airplane and doing other equally badass things.

"Today and every day, we celebrate women everywhere whose personal stories of strength and resilience have inspired the rest of us to reach higher and push further in the pursuit of our own dreams," Brawny's website reads.

Each woman is featured in a short video wearing the famous Brawny Man red flannel and discussing the obstacles they've had to overcome in their lives.

Hey, this might just be a commercial gimmick, but at least it's a pretty empowering one.

Head over to Brawny to read more about the campaign. 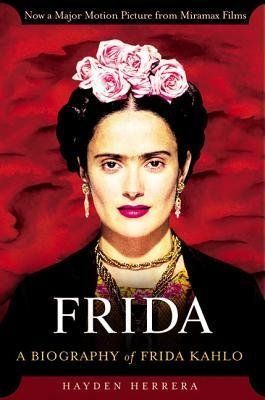 1 / 9
Frida: A Biography of Frida Kahlo by Hayden Herrera
The Mexican artist was one of the most influential figures of the 20th century, known for her tumultuous relationship with fellow artist Diego Rivera, her friendships with other cultural figures, and, ultimately, her inspiring honest depictions of womanhood through her art.&nbsp;
Harper Perennial