In the week in which the world comes together to take its next toddler (better than baby - but still needing work!), how do we make the provision of water and sanitation climate proof? 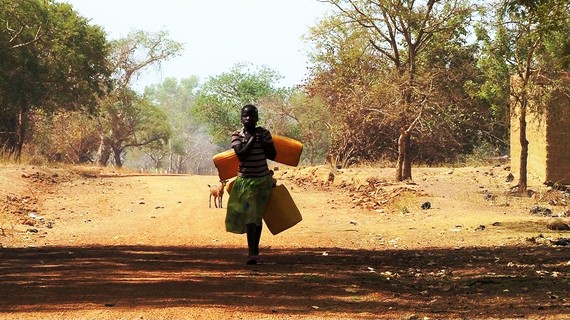 Another week, another hugely important global conference. Following the agreement by the UN General Assembly of the Global Goals in New York, many of the same global leaders are now in Paris trying to hammer out a deal that, if not a giant leap, should at least be a real step towards tackling climate change: one of the defining challenges of our age.

How are the two related - particularly through Global Goal 6 commitment to water and sanitation for all? After all, #Climateiswater, right? The hydrological cycle mitigates, amplifies and transmits the forces of climate change - delivering floods, droughts, hurricanes and snowstorms. So the links between drinking water, sanitation and climate must be clear? 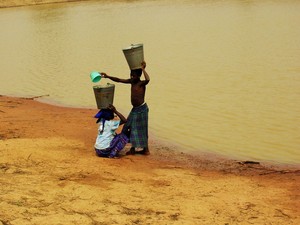 For anyone trying to develop drinking water supplies in poor countries, climate is one of an array of pressing challenges - how urgent or driving - is largely a question of perspective.

Put yourself in the shoes of a municipal engineer in a developing country. Rural migration is swelling the population of her city by 4% per year. Rapidly changing lifestyles are increasing expectations and demand for services as people start taking more showers and using flush toilets. Rapid expansion of irrigation around the town means that there is growing competition for the groundwater that the municipal supply has traditionally relied on. The water supply network she inherited (from a now long ended) aid project is collapsing - yet sources of funding for urgent upgrades are non-existent. The municipal grant is late, and she hasn't been paid her salary in three months. On top of all this she has little access to data. No reliable groundwater monitoring, no proper records of the water being produced or townspeople are consuming, no data regarding groundwater use for irrigation. No way to monitor let alone forecast the likely impacts of climate change.

It's therefore hardly surprising that climate change may not be at the top of our engineer's list of concerns. There's a good chance that if nothing changes, the entire water supply system will have collapsed in five years let alone twenty (see here for typical failure rates of drinking water and sanitation projects in developing countries). Yet climate change clearly underlies many of the challenges facing our engineer (for example driving rural migration and increased reliance on irrigation) and will only come to do so more in the future.

So, what's the answer? How do we address climate change resilience in the face of the daily and immediate challenges of the life of water and sanitation service providers in poor countries? Fortunately, we don't really need to. Because exactly the things that will allow our engineer to do her day job will - in and of themselves - help her to deal with climate change. 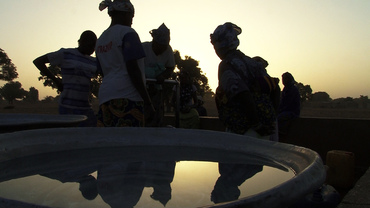 Building national systems
In the Agenda for Change that IRC, together with a number of like-minded partners, launched earlier this year we call for (and commit to) a shift from donating hardware to national system building. What this means is committing to (and calling on others to support) building national systems capable of delivering sustainable water and sanitation services to everyone: developing management skills at national and local level, securing predictable financial flows, developing locally owned data management systems - above all ending reliance on infrastructure provided through aid and charity.

The power of this approach is that by developing national (and local) systems robust enough to provide drinking water and sanitation in the face of rapid population growth, changing patterns of demand and competition for resources we will also be building systems that are capable of dealing with climate change.

Full disclosure: As the promised funding for climate resilience and adaptation comes online, IRC and our partners will unapologetically apply seek it out to support the Agenda for Change. We will salt and pepper our grant applications and pitches with references to climate, adaptation, resilience. Not in a cynical attempt to jump on the latest funding bandwagon - but because building the skills that can deliver sustained water and sanitation services to everyone is exactly the same thing as building national systems that are resilient and able to adapt in the face of climate change.

To read more about IRC's thoughts on the links between water, sanitation and hygiene and climate - read one of our blogs here.