Sent a few too many embarrassing texts last night? There's an app for that.

Strings, started by Be Labs in Seattle, gives you the ability to permanently delete a text message from your phone and any phone you sent it to. Additionally, Strings requires your friends to ask your permission before downloading any photos or videos you send them. 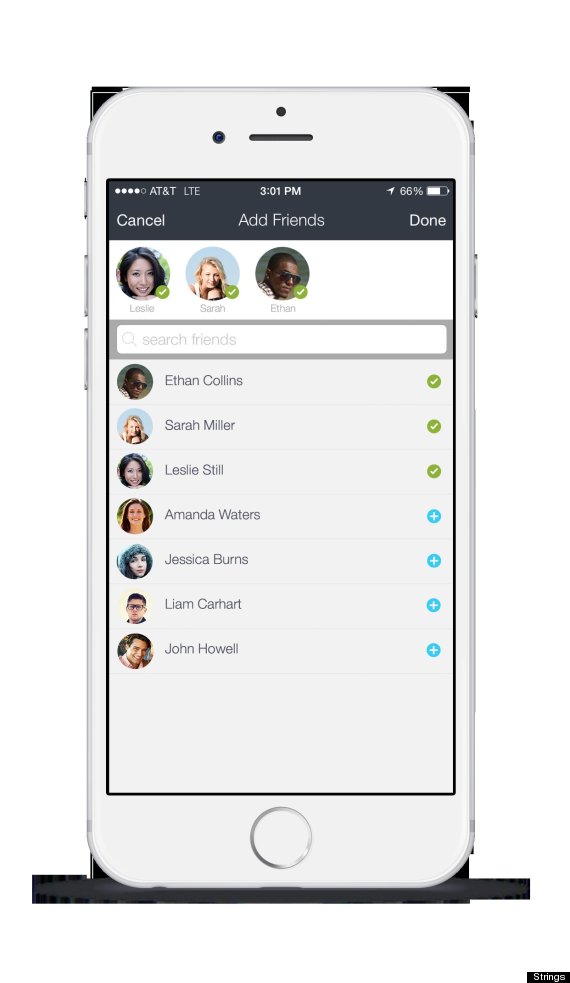 We believe you deserve a way to spontaneously and fearlessly share your most intimate moments and personal thoughts from your smartphone. So we developed Strings. With Strings, you can say whatever you want, share any video or photograph you want, to whomever you want. And take it back if you want. And your friend, relative, workmate or partner cannot share it with anyone else. Unless you want them to. 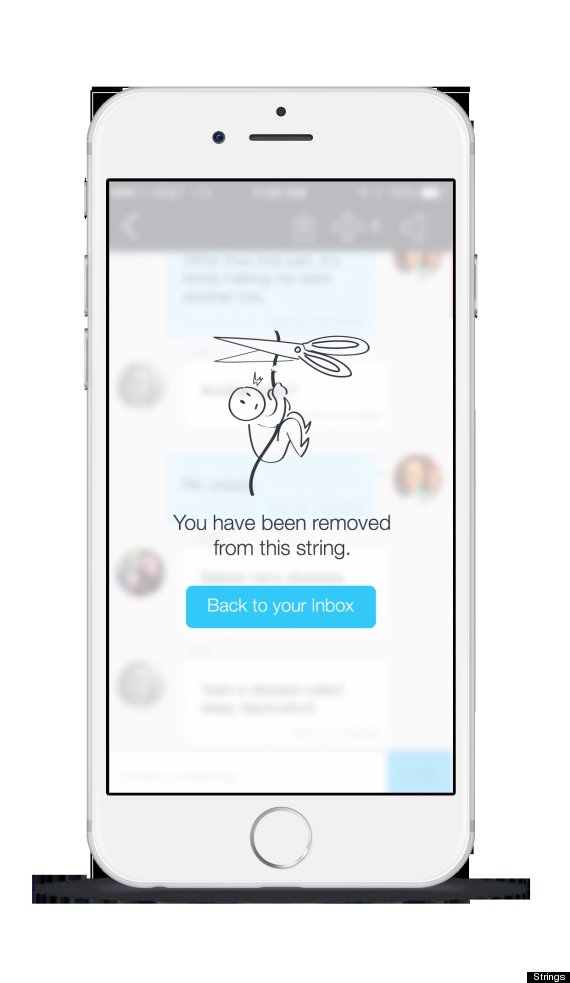 It seems like a dream come true -- and if you ask us, it kind of is -- but the phone you send the message to must have Strings downloaded as well. And Strings can't stop the person on the receiving end from getting the text in the first place. The app is also only compatible with iOS.

Strings isn't the first app that aims to control smartphone screw-ups. Invisible Text lets senders see whether or not the recipient has opened their text yet, and if they haven't, the sender can delete it. Ansa is the "Snapchat of texting," meaning your texts self-destruct after a certain amount of time. And the app On Second Thought allows users to recall their texts 60 seconds after sending them and has a "curfew" feature, meaning texts can be "embargoed" until the next morning in case you've had one too many.

But Strings CEO Edward Balassanian told The Huffington Post that Strings is the first messaging app that gives users total control over their content. "The challenge with ephemeral messaging apps is that they treat all content like it’s created equally, but we shouldn't have to delete everything in order to delete some things," he said. "Rather than trying to make content disappear, we sought to give users control so they would feel confident and comfortable to share what they want with who they want, in any way that they want."

"Friends can download content you share, but only if you approve," Balassanian continued. "Screenshots are detected and users are banned after violating this three times. And of course, you can delete a string you create if, and when, you choose to and it will be deleted everywhere. From start to finish, users control their conversations on Strings."

There are also apps out there that stop you from sending questionable texts in the first place. Designated Dialer blocks specified contacts in your phone, while Drunk Dial NO! hides designated numbers from your contacts for a certain amount of time.

1
Sleep Better - Sleep Cycle Alarm Clock
There is no excuse for a bad sleeping pattern other than a new series of Luther or perhaps when humans first land on Mars. Both are years away so it's about time you gave your body the rest it deserves. Sleep Cycle Alarm Clock will make sure you get to bed on time and then gently wake you up when you're in your lightest state of snooze. It doesn't need any fancy accessories you just place the phone (plugged in) under your pillow and you're good to go. Give it a week and you'll feel like a new person.Price: £0.69 on iOS and Android
2
Become A Spy - MIXED Cocktails
Why should you have to go into an expensive bar to feel like you're working for the government? You shouldn't. MIXED Cocktails is your encyclopaedia to alcoholic nirvana. With over 400 recipes all beautifully explained you'll be creating old fashioneds that would put a smile on Don Draper's face. Who could ask for more than that?Price: £Free on iOS
3
Eat Healthier - The Photo Cookbook
Cooking is tiresome, time-consuming and ultimately a complete waste of time. At least it used to be until this photographic gem came along. If, like us, you find cooking to be a club that everyone else seems to be a member of then fear not. The Photo Cookbook is a visual masterclass in making quick, simple and terrifyingly healthy food. It's not all easy, but it is all delicious, and worth the effort.Price: £2.49 on iOS, Mac OS X and Windows
Advertisement
4
Move More - Zombies, Run!
Zombies, Run! is, if you hadn't already guessed, unlike anything else on this list. If you're struggling for motivation when you run then this app handily provides an incentive: escaping a giant horde of zombies. With a full-blown storyline written by award-winning novelist Naomi Alderman the app takes you through 'missions' as you run for your life. Create your own playlists within the app and look back on your finest escapes. It's about time you stopped suffering and turned running into the game it was always meant to be.Price: £1.99 on iOS & Android
5
DJ Your First Club - Traktor DJ for iPhone/iPad
They always make it look so easy. With so much technology surrounding them as well, it really should be. Sadly DJ-ing isn't something you can just pick up, but it is something that you can learn and there's no better tool than the one professional DJs use. Traktor DJ is an entire mixing desk in app form. Start off slow with all the autopilot features enabled and then, as you get better, remove the training wheels. When you think you're ready, check out the excellent BBC Introducing site for some top tips on how to get your first gig.Price: £2.99 on iOS
6
Explore - National Trust
When was the last time you just went for a drive? The chances are that without you even knowing there's a stunning piece of countryside, an ancient castle or prime piece of 30s architecture around the corner. Your gateway to the UK's hidden treasures is this, the National Trust app. Block out those childhood memories of being dragged round old houses and go explore again. The app lists each property and provides opening times, beautiful high-res images and contact info. Price: £Free on iOS
Advertisement
7
Become A Columnist - HuffPost Blog
OK so this might seem like a bit of shameless self-promotion but actually step back and think about it. Where else can you become a published writer online? With thousands of bloggers you'll be joining a community that writes about everything from current affairs to feminism to healthy living. Maybe you want to write your first film review, or perhaps you're reaching the end of your tether with the local council. Write, get involved and become part of the discussion. It's addictive, challenging and you'll love it. Price: £Free on Chrome, Firefox, iOS, Android
8
Learn A New Language - Duolingo
Rosetta Stone might be the industry standard but it can't be with you everywhere. Duolingo can. It doesn't know what stubborn means so when it bugs you with alerts telling you to keep learning you feel far less inclined to throw the offending article out the nearest window. Learning a language is hard. It's hard and it requires patience, absolute devotion and the kind of attitude that doesn't object to spending hours listening to Italian radio shows. What you get in return though is priceless.Price: £Free
9
Cut Down On Coffee - UP Coffee
We don't know about you but we drink a lot of coffee. It's not done deliberately, it just happens. Thankfully though there's a way of keeping your caffeine addiction under control. UP Coffee is Jawbone's rather niche solution. Start logging your coffee intake and after a week the app will have a personalised picture of whether you're drinking too much and how it'll affect your sleep from day to day. Don't worry, this isn't about giving it up, it's just about getting a better nights sleep.Price: £Free on iOS
Advertisement