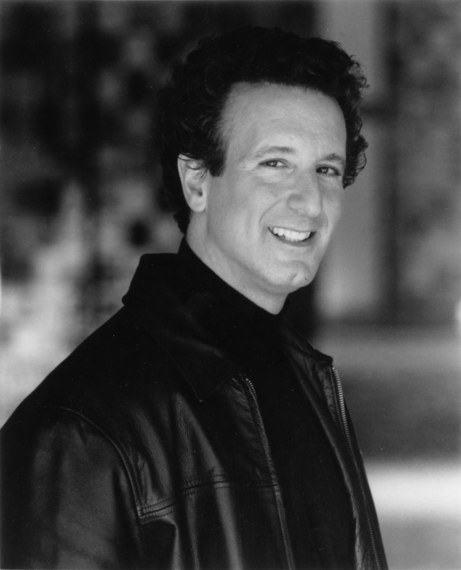 Jon Land is the prolific author of 30 novels. He is well-known for his Blaine McCracken series among others, as well as nine standalone novels. His latest series involves Texas Ranger, Caitlin Strong. Her courage and tenacity repeatedly land her, along with her paramour Cort Wesley Masters, on perilous terrain.

In Strong Darkness, the sixth in the series, Caitlin pursues a serial killer whose bizarre method is eerily similar to that of the killer tracked by her great-grandfather and Judge Roy Bean, 130 years earlier. But there's much more going on. Her boyfriend's son is beaten half to death at Brown University. The investigation leads Caitlin back to Texas and to a high-tech company whose founder, Li Zhen, has been awarded a contract to build the U.S.'s 5G network. Zhen is associated with the Triads, the powerful and deadly Chinese mob. An immense conspiracy is underway--one with mass murder and economic disaster as its goals. The pernicious plot could cause the deaths of millions of Americans, and bring about China's total domination of the United States.

I've read a number of your novels and they've all tied the protagonist's present investigation to events years earlier. Tell us about these connections of past and present.

I've always believed what William Faulkner said, 'The past is never dead. It's not even past.' In this future-obsessed culture, we forget how vital the past is. In the Caitlin Strong series, I use the past to highlight the tradition of the Texas Rangers in Caitlin's family. We see how crimes were solved in 1883, in the 1930s, and at this time. It shows that no matter how things may change, they really stay the same. If it were possible for Caitlin, her father, and her grandfather, to team up today with Judge Roy Bean, you would probably have the same result.

These historical sub-plots also allow me to pick wonderful snippets from history and present them in a way that integrates past and present. In Strong Darkness, I touch on the railroad tradition of the old West and Texas. The railroads were crucial in American history because people became mobile, which ended the era of the Wild West and lone gunfighters. Gunmen became Pinkerton men or contract killers. I love relying on history as part of telling a story. History can fuel a plot that spills over into the present. It makes the past completely relevant. And the past has helped Caitlin understand who she is and the tradition from which she came.

Caitlin Strong's surname is perfect: she's strong-willed and a very tough Texas Ranger. Was it difficult to create a woman who is both alluring and heroic in an action-oriented sense?

No, because her character came to me so quickly. She's evolved naturally. You can't impose yourself on the character's nature. That would be like swimming upstream. I don't do the work; the characters do. They dictate who they want to be, and who they are. I write totally from my imagination, my subconscious. I don't outline a single thing.

I may know the general plotline of a novel, but as the Grateful Dead's Jerry Garcia said, 'It's not the destination, it's the journey.' I may know the final destination of a novel fairly well, but I don't know the journey that will take me there. Nor do I know Caitlin Strong's journey--the one that turns her into the character she is, or will become.

Actually, Caitlin was created at a marketing meeting with my publisher. Some of the best creative decisions writers make are either forced upon us or chosen for business reasons. At this meeting, the head of mass market sales said, 'Eighty percent of books are bought by women, and the most popular genre is the thriller. Are there any female action thriller heroes?' There are a couple of exceptions, but popular female heroes aren't like Jack Reacher. We began brainstorming and I said, 'How about a female Texas Ranger?'

But, whether Caitlin was a creative inspiration, or was devised at a sales meeting, the manner of her birth doesn't matter. What matters is how she was raised--how she became the character she now is.

Here's the difference between a good series character and a great one: a good character becomes; a great character never stops becoming. A great series character evolves. Caitlin Strong changes over time, but doesn't become less of a gunfighter. Her evolution allows us to see the rationale for what gets her to go for her guns. She's emotional, and the reader gets a sense of her personal being. In a sense, she's forever becoming, but she remains a prisoner of her nature and past.

The action scenes in Strong Darkness are among the most vivid and intense I've ever read. Is there a method you employ in creating them?

Action scenes need to be two things. They need to be visual, and they need to be visceral--come right from the gut. With the visual, I recall something my editor taught me: when writing a scene, always know where the light is coming from. All my action scenes are written through the eyes of one character, not through some omniscient third person narrator.

As for the visceral, I want the reader to smell the gunpowder; to feel the gun's heat in the hand; and to hear the sound of an automatic weapon's expended shells clacking against a tile floor.

But, for the action to be compelling, I want to force the reader to have a vested stake in the hero's plight and her quest. A hero like Caitlin Strong represents all we would want to be. We want to be the person who confronts any situation and comes away victorious. And we can't forget that heroes represent our projections of who we would want to guard us to keep the monsters away. We learned from 9/11 and ISIS that there really are things that go bump in the night. And the action in the Caitlin Strong series is good because Caitlin Strong bumps back.

What you're really getting at is that characters like Guillermo Paz and Cort Wesley Masters are larger than life. They embrace the fact that the universe is far bigger and broader than we realize. Part of what makes Guillermo Paz indestructible is his level of consciousness which renders him fearless. If you don't fear death, you're an indestructible warrior. As for Cort Wesley Masters, he talks to Leroy Epps, his former prison cellmate. Leroy Epps is really there. He's not a vision or an illusion. He's a spiritual entity for Cort Wesley. What people love about science fiction and fantasy, in Star Wars, for example, is that people don't die. They return in spirit, and we love wondering if there's something else out there.

These characters--Paz and Cort Wesley Masters--have embraced the notion that there's something more. It makes them more fearsome, more deadly; but makes them far more human, as well. I didn't invent this. Joseph Campbell explored this in The Power of Myth. The bottom line is: just because you can't see something doesn't mean it's not there.

Strong Darkness is a thriller with elements of a mystery novel. Talk about the differences between a thriller and a mystery.

A thriller is about a hero trying to prevent something terrible from happening. A mystery, on the other hand, tries to figure out what has already happened and who did it. In a mystery, the hero's life is seldom threatened. But, in a thriller, the hero's life is always at stake. The differences boil down to stakes and danger. In a thriller, there's usually a more abbreviated time frame. There's a ticking clock in a thriller as opposed to there being none in a mystery.

There are intersecting story lines in Strong Darkness. They all coalesce. I know you don't use an outline, so how do you keep the novel's narrative drive integrated?

Much of it is instinct. If you do something enough, you come to trust your ability to pull it off. The beginning of the book is always easy because the connections don't have to be made. I can just throw spaghetti on the wall. So how do I connect the disparate elements of the plot?

First, I use short chapters. That not only makes it much easier for readers to follow the plot, but also for me to follow the book's arc as I'm writing it. If I'm shifting viewpoints every five pages, short chapters allow me to remember where I left off.

As for keeping the story integrated, I don't know what's going to happen next. And if I don't know, the reader can't possibly know. As I said, the beginning is easy; the end of the book is the climax where it all gets tied up. In those two hundred pages in between, all the connections must be made. It can be very difficult to do. When I was nearing the end of Strong Darkness, I was up against a wall. I was stuck and couldn't tie the threads together. One of the people I rely upon to read early drafts made a suggestion, and there it was. The whole book fell into place. It demonstrates that no writer exists in a vacuum. I have people who read my early drafts and a brilliant editor who does much more than go over the lines. We work on a conceptual level. A few other people read the nearly finalized draft, so I can take the book to its publish-ready level. I rely on the advice of others.

The other thing helping me to keep the narrative unified is writing my books over a short timeframe. Generally, the first draft is done in about eight weeks. I don't spend so much time on that draft that I forget where I've been. If you forget where you've been, you can't find where you're going.

One other thing: I'm a better re-writer than I am a writer. I'm very good at tearing things apart and putting them back together in better shape. When a novel has disparate elements that don't work, you allow yourself to change things on the fly. You invent connections--connective tissue. The difference between the successful novel and the unsuccessful one doesn't lie so much in the plotting. It doesn't lie in the bones, the skeleton. It lies in the tissue. How it connects everything else. I probably do five re-writes of each novel. What it really comes down to is tying in the structural elements of the novel with the protagonist's character, his or her very being.

You've published thirty novels. What about writing has surprised you most over the years?

On a more positive note, I've been surprised at how easily the story comes to me, and how much I love telling it. That's really the biggest surprise for me. I love writing Caitlin Strong books. I'm just amazed I can still do it--that I can find that place in my head.

Congratulations on having written Strong Darkness, a wide-ranging thriller with suspenseful sub-plots and some of the most vivid action scenes I've ever read.