It was Morning in America for President Obama last night. Social media and headlines captured that mood. "Obama Is Finally Having the Reagan Moment He Dreamed About for Years," screamed a New Republic headline to its SOTU story. Yet I see a few rain drops drizzling -- not on Obama -- but on the Democratic Party.

While the president delivered a powerful SOTU, Wisconsin Republican Congressman Paul Ryan wins the GOP reaction show. Forget about the official and unofficial Republican responses last night -- most well-suited for Barnum & Bailey. Ryan's comment on the SOTU on Morning Joe today contained an insight into the 2016 landscape that flies through the haze of last night's happy blue smoke. Ryan, former GOP Vice Presidential Candidate and current Chair of the House Ways and Means Committee, offered a little praise, "I gotta say the guy is a gifted communicator." Then in a swift parenthetical to that complement, he added: "the solace I got out of last night is that the Democrats don't have anybody in the stable who can match that." 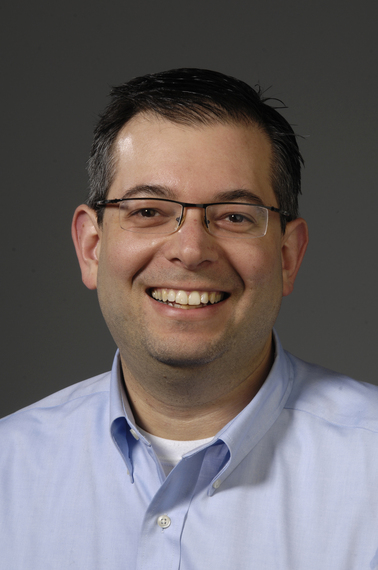 And so goes the vision of a Great Red Dream. It is 2016, a donkey without Obama stumbles into an electoral nightmare for Democrats. In other words, can Democrats win in 2016 with the inevitable absence of Obama on the ticket? I took that question to Racine, the Bush-Obama county in Paul Ryan's district. "It's difficult to imagine someone coming up and having his stature," says Robert Golub, Editor of the Journal Times in Racine. "But in either party there are always people that do. Bill Clinton kind of came out of nowhere. Racine residents and to some extent Wisconsinites in general are practical people. We're pragmatic. I think if something makes sense to a Wisconsinite then it just makes sense, party politics aside. That is why our area is kind of on the edge politically. It doesn't take much to push us over to one side or the other...

"We're also on the edge because Racine is a microcosm of the country. We've got an urban center that faces a lot of the challenges that other urban centers face. We have children who go to school hungry. We have homeless children who attend our school district and then we have middle class suburbs. We have upscale suburbs, and then we have rural areas. We have business people who are working, small business people who are working hard to make ends meet, we have big companies that are working hard to compete in the country and in the world." 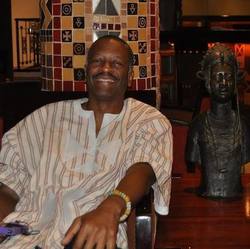 Tampa, Florida has many of those same microcosmic socioeconomic qualities. The city in the county seat of Hillsborough, Florida's lone Bush-Obama county. As publisher of The Florida Courier, a newspaper that focuses on black communities across the state, Charles Cherry has closely covered the president and the impact of his policies on African Americans. He gives the president higher marks than usual for last night's speech.

"I think from a negotiation standpoint, it was noteworthy that he came out on the offense. That's something I had been writing about since he won in 2008. This is the kind of speech he should have started out with, which is that I stand for something and this is what I want. What he actually started with was an assumption that the Republicans would negotiate with him if he moved closer to their position. He started out giving them what they wanted and trying to negotiate from there. I've consistently called him one of the weakest high level negotiators I have ever seen."

Looking to 2016, Cherry predicts black voters, the Democrats' most loyal constituency, will not be inspired to go to rush to the polls for Democrats. "It's gonna be tough for the Democrats. Hillary Clinton is cautious. She's careful... As the possibility of being the first woman president, she doesn't quite have the historic shape that Barack Obama had. I don't see her exciting women and especially black folks generally as Obama did. I mean Obama was a once in a lifetime lightning in the bottle. The thing about Obama was that he loved campaigning. He didn't love governing and was better at campaigning." 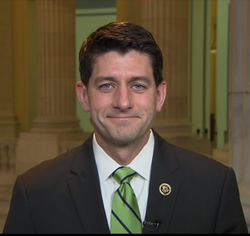 Congressman Ryan's comment highlights another twist to the snarky Republican applause to Obama's remark: "I have no more campaigns to run."

Yes those GOP cheers resembled Joe Wilson's ugly scream -- "liar" at the President's 2009 State of the Union Address. Yet should the GOP claps really cheer the coming fate of not facing Obama in 2016. While Obama lovers will live in that special moment of the President's brilliant wit: "I know because I won both of them," maybe Republicans will have the last laugh in 2016 when they won't endure a campaign against a ticket with Obama and possibly face Hillary Clinton. Despite her strong showings in current polls of match-ups against potential Republicans, she is not Obama. Yet Bush the elder was no Reagan and he defeated Dukakis in 1988. This poses the challenge for Republicans. Do Mitt Romney or Jeb Bush have the Reagan-Obama swag that can waltz through the party of those multiple responses to SOTU last night? Or do they look more like the former Massachusetts Governor -- Dukakis?