"Own your sexuality, nobody has the right to shame you."

That is the sex advice that Josy Jablons, a New York University student, would like her younger sister to know. As the president of campus group Students for Sexual Respect, Jablons spearheaded a recent sexual education initiative, #BetterSexTalk, to call attention to gender-based violence and sexual respect.

The campaign takes the form of a photo series, where students of every community on campus answer the question: "If you could give one piece of advice to a younger sibling about sex, what would you say?" This approach allows NYU students to fill in the gaps of sexual education by controlling the discourse.

Jablons hopes to eradicate the silence that surrounds sex and sexuality by spreading the activist photos around Facebook and other social media outlets.

More personally, Jablons envisions the ways in which #BetterSexTalk will influence her 16-year-old sister. "I want to tell her everything. I have no 'one piece of advice,' I have hundreds."

Collaborating with a NYU student photographer, Emilio Madrid-Kuser, and president of The Feminist Society, Meghan Racklin, Jablons has now assembled photos of over 100 students.

Check out some of the #BetterSexTalk photos below:

These images were reprinted with permission from Better Sex Talk. 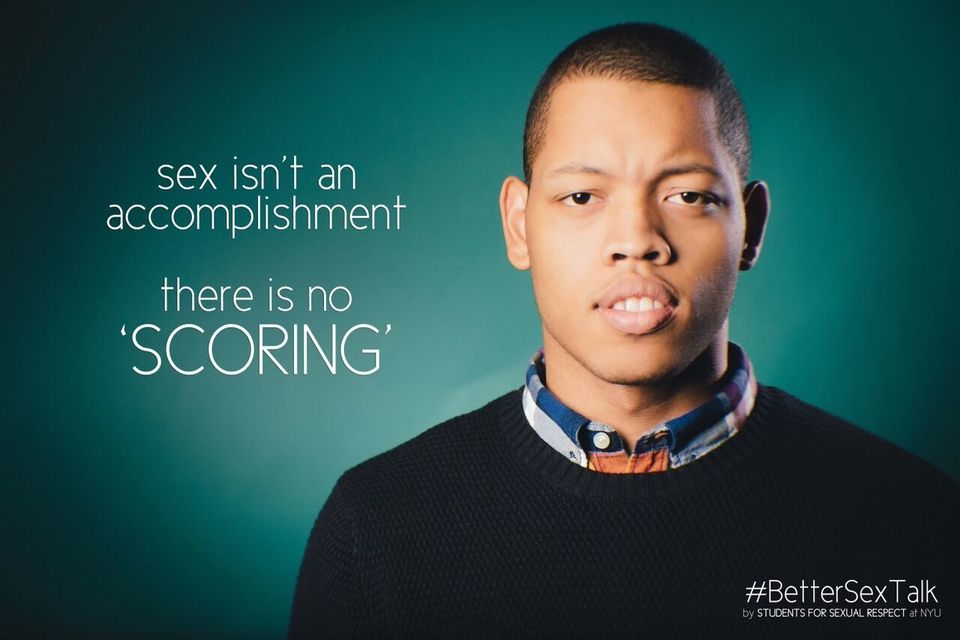