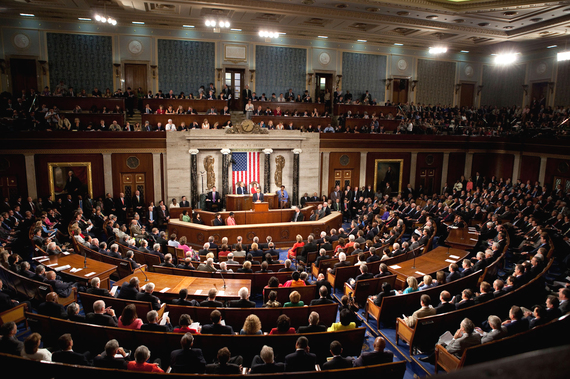 Student debt is already well-positioned to be a pivotal issue of the 2016 presidential election, with nearly every candidate in the primaries weighing in on the cost of college.

As exciting as it is to see student debt already at the forefront of the election, it's hard to get too optimistic for change when Congress has demonstrated an unwillingness to advance legislation that would provide relief to those buried in student debt.

For example, Senator Warren and Senate Democrats attempted to pass a bill in 2014 aimed at refinancing student loans to lower interest rates. However, that proposal died in the Senate when it fell short of the 60 votes it needed to pass.

That same year, Senators Marco Rubio and Mark R. Warner introduced the Dynamic Student Loan Repayment Act, which would make income-driven repayment automatic and limited to 10 percent of all borrowers' discretionary income. This bill never even made it to a vote in Congress.

Recently, Senator Ayotte introduced the Student Loan Relief Act of 2015. However, critics were quick to point out that this bill merely allows student loan borrowers to refinance with private lenders, something they can already do without the government's help. The bill instead appears to favor banks by passing the risk of refinancing student loans on to the federal government.

It is well past time for Congress to recognize student loans as being in line with other industries like retirement investment and home mortgage lending, and to pass similar policies that would provide much-needed support to borrowers. Here are three examples of policies that would not only help student loan borrowers but also improve our economy:

The problem: it is currently capped at $2,500 on interest.

A home mortgage interest deduction, by contrast, is capped at $1 million annually (if you can even call a number this high a "cap"). You can even deduct interest on a second home in some cases!

While the $2,500 deduction cap might not apply to the majority of student loan borrowers, those with the highest balances (who may be in need of the most relief) are stuck without any added benefit for the extra interest they pay. Not to mention, the home mortgage interest deduction has no cap on income while the student loan interest deduction begins to phase out for grads making at least $65,000 and is completely eliminated by $75,000.

It wouldn't be necessary to make student debt entirely tax-deductible, as suggested by Senator Paul. Even a modest increase of raising the student loan interest deduction cap to $10,000 and increasing the income cap on this rule would surely provide some relief to borrowers.


Employers already offer benefits to employees other than salary, such as 401(k) retirement plans. These plans provide employees with tax advantages on up to $18,000 in contributions for 2015. But how can we expect employees to focus on retirement when they're stuck struggling to make student loan payments? Often, student loan debt holders are forced to make tough decisions like prioritizing paying off student loans versus saving for a retirement with a 401(k).

There is currently no tax benefit for employers who wish to pay off their employees' student loans. By providing a tax break to employers on the federal level, businesses could help their employees tackle student loans so they can move on to focus on other financial issues, like buying a home and investing for retirement.

Senator Ayotte's bill includes a provision that would allow employers to help employees repay student loans with pre-tax dollars. While this portion of the bill is a step in the right direction, the portion regarding government guarantee of privately refinanced student loans is likely to face objection, as mentioned above.

Meanwhile, some state legislators, such as in Colorado and Wyoming, are already considering implementing this policy.


This policy would admittedly be the most costly for the government of the three options posed in this article, but it would likely be the most beneficial to borrowers. If Congress wants to prioritize alleviating the student debt crisis, aggressive and unprecedented action is needed.

Unlike the policies suggested above, this would benefit borrowers equally, regardless of student loan rates. While the student loan interest deduction offers greater benefit to those with high-interest loans, this provision would also allow those with low-interest loans but high amounts of debt take advantage of a tax break.

Encouraging student loan borrowers to pay off loans with the help of tax breaks would mean that millions more Americans could focus their attention back on financial goals like buying a home and saving for retirement, which would positively impact the economy in the long run.

Given that Congress has thus far failed to pass legislation that will substantially overhaul the student debt industry, any of the policies outlined above could serve as a compromise and take some of the burden off borrowers.

If student loan reform remains a key issue in the upcoming presidential election, it will hopefully create enough momentum to wake Congress up to their responsibility to enact policies that enable borrowers to become student debt-free as quickly and efficiently as possible so they can focus on other financial priorities.

I am the founder of Student Loan Hero, a financial education website.