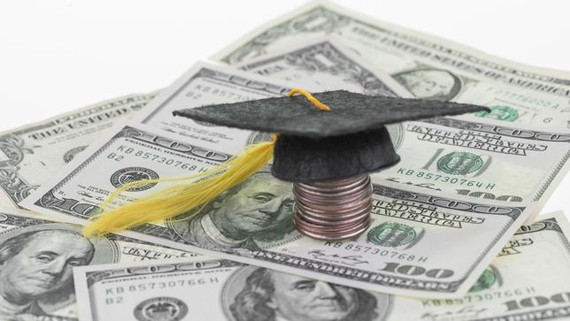 College has long been a marker of success, as well as a guarantee of employment and financial stability. However, unless we seriously reexamine the way that we, as a nation, finance higher education, all of this is in jeopardy.

Skyrocketing tuition costs and the student debt crisis that accompanies them mean that college has become a more distant dream for average Americans and an even heavier burden for those who can afford it.

Since 1978, the cost of a college degree has increased by more than 1,120 percent. To put that into perspective, that is more than four times as much as the consumer price index. In that same timeframe, medical expenses have increased by 601 percent, and food by only 224 percent.

Yet at the same time, a college degree has become even more important to find employment and a living wage. College graduates earn 50 percent more, on average, than high school graduates and 114 percent more than those without a high school diploma.

Clearly, college is a necessary investment for those seeking a brighter future. However, the exorbitant cost of higher education means that more and more students are forced to take on loans in order to gain their degree.

Out of every three students to graduate from American colleges and universities, two will leave burdened by debt.

The average student will have $26,000 to pay back, but one in 10 will owe more than $40,000. In total, student debt is more than $1.2 trillion. The majority of that debt comes through federal loans, accounting for a shocking six percent of our national debt. This means that if these students default on their loans, we the taxpayers will bear the burden of these loans.

This is where things get even scarier. Fourteen percent of borrowers have at least one past due student loan account. Forty-one percent of borrowers are delinquent at some point in the first five years of repayment. There is currently more than $8 billion in defaulted loans. These are ambitious, hardworking young men and women, but in today's economy even they are falling behind on payments. And when they do, the rest of us pick up the tab.

Those who do manage to keep up with their payments will be shackled with debt for the rest of their lives. I graduated from college 20 years ago and I'm still paying off my loans. So is my wife.

If we don't start taking this problem seriously and enacting real, structural reform, as a country, we will face dire consequences. This isn't just a problem facing a small group of privileged young Americans; it is a problem that has serious repercussions for all of us.

Student debt means fewer and fewer students even attempting to gain a degree and fighting for the promise of a brighter future for themselves and their children. And, if unchecked, this crisis of student debt means the end of the American dream: the dream that my grandfather, and yours, fought so hard for.