The U.S. Treasury Department soon will take some student borrowers' accounts away from private debt collectors and give them to federal workers, an ambitious new pilot project that may result in the government cutting out the student loan middlemen who have gotten rich targeting distressed borrowers.

The federal employees will be charged with finding ways to help troubled borrowers make good on their delinquent debts, according to borrower advocates and Obama administration officials who have been briefed on the project. The project may start early next year.

Private debt collectors working for the Education Department have been paid billions of dollars over the last few years, while racking up complaints that they routinely violated the law and mistreated borrowers who had defaulted on federal student loans.

The Treasury Department project aims to change the process, which has become a nightmare for some borrowers.

Former President Ronald Reagan used to joke, “The nine most terrifying words in the English language are, ‘I'm from the government, and I'm here to help.’” Over the next few decades, the federal government privatized and outsourced many services, guided by the theory that taxpayers would save money and get more efficient and accountable work.

But as some contractors tasked with carrying out public responsibilities cut corners or became mired in scandal, the joke has lost a bit of its punch. At least when it comes to federal student loans, the government may actually be here to help.

Policymakers told The Huffington Post they would study the results of the project, which may give the Education Department evidence to justify cutting private firms from much of the federal student loan system. There also is a separate review of a proposal to have government employees service federal student loans that borrowers are faithfully repaying, according to sources.

Education Secretary Arne Duncan has the authority to bring student loan collections in house, according to an Education Department attorney. "The Secretary could determine that it wasn't practicable for the department to use servicers to collect loans and do that directly using federal employees," the attorney said in a statement provided by department spokeswoman Denise Horn. Such a move would be contingent on Congress providing necessary funding.

The model may be the Internal Revenue Service, which in 2009 ended a three-year experiment of outsourcing delinquent tax collection after determining that government employees recovered more money at a cheaper cost to taxpayers without sparking complaints of misbehavior.

The government, it turns out, is good at collecting money.

The Education Department uses companies such as Navient Corp., formerly part of student loan giant Sallie Mae, and Nelnet Inc. to collect borrowers’ monthly loan payments. Since 1981, it also has contracted companies such as Performant Financial Corp., which try to get borrowers in default on their loans back in good standing before their wages, tax refunds or Social Security payments are garnished.

At least 22,000 Americans aged 65 and older had a part of their Social Security benefits seized last year to the point that their monthly benefits were below federal poverty thresholds, according to the Government Accountability Office, the congressional watchdog that investigates how the federal government spends taxpayer dollars. Education Department-initiated collections on defaulted federal student loans left at least another 83,000 Americans aged 64 and younger with poverty-level Social Security payments, GAO data show.

In its September report, the auditor said the number of Americans forced into poverty as a result of Education Department actions is surely higher. The GAO said it couldn't be more precise because of a lack of reliable data from the Education Department.

The Education Department’s contracts with its largest debt collectors expire in April. The department is evaluating proposals from bidders for the next round of contracts.

The Education Department’s debt collectors received $1.6 billion in commissions and bonuses from 2010 to 2013, according to the department’s inspector general. They’re forecast to receive an additional $5 billion this year through 2016, according to a November 2013 department estimate.

The increase in payments to debt collectors has come as more borrowers fall behind on their monthly federal student loan payments, necessitating a greater need for collections. Student loans in default jumped by 11 percent in the year ending June 30 to $99 billion, Education Department data show.

But the increase in collections has been marred by tactics that consumer advocates say break laws and show a lack of oversight and enforcement by the Education Department.

The GAO said in March that it had found instances in which Education Department employees documented apparent violations of federal debt collection laws, yet did nothing about it.

In numerous reports, some stretching back a decade, the Education Department's inspector general has faulted the department for ignoring borrowers' complaints and its own debt collectors' potential violations of federal consumer laws. In July, the auditor again slammed the agency for its insufficient supervision and lack of regard for borrowers’ complaints.

Earlier this year, Sen. Tom Harkin (D-Iowa), the retiring chairman of the Senate education committee, proposed forcing the education secretary to study whether it was “efficient and effective” for the Education Department to use contract debt collectors for defaulted federal student loans.

In a June note to clients, Michael Tarkan, an analyst at Washington-based Compass Point Research & Trading, said Harkin’s proposed study “has [the] potential to meaningfully change the student debt collection industry.” Tarkan said at the time that the study was a negative development for shares of Performant, Navient and Nelnet. This week, he said that while it was too early to determine how Treasury’s pilot effort will affect the industry, “investors should monitor the success of the program.”

James Bergeron, president of the National Council of Higher Education Resources, a Washington trade group that represents some of the department’s debt collectors, said the Education Department’s debt collectors have performed well on behalf of taxpayers, returning nearly $95.6 billion to the U.S. Treasury over the last decade. They also collectively employ almost 10,000 workers.

Attorneys at the National Consumer Law Center, who represent borrowers in distress, recommended in September that the Education Department terminate its contracts with its nearly two dozen debt collectors.

Consumer advocates point to the IRS as an example of an agency that tried using private debt collectors and ultimately decided it wasn’t worth it.

The agency in 2006 began using private debt collectors, only to reverse its decision in 2009. In a May letter to lawmakers, Nina Olson, the National Taxpayer Advocate, said, “Based on what I saw, I concluded the program undermined effective tax administration, jeopardized taxpayer rights protections, and did not accomplish its intended objective of raising revenue.”

The student loan experiment coincides with a separate review at Treasury about possibly using government employees to collect monthly loan payments from student loan borrowers whose accounts are in good standing.

Treasury officials are said to be studying a proposal by researchers at Elon University and the University of Michigan, who in a paper commissioned by Jobs With Justice, a workers’ rights group, argued for the creation of a team of federal employees who would directly interact with borrowers. The researchers suggested the Treasury Department be in charge, since the agency is responsible for debts owed to the federal government.

The Treasury Department has been considering taking a greater role in federal student loans since at least 2012, according to administration officials and a GAO report.

Over the last year, the Treasury Department has expressed increasing concern about rising defaults in the federal student loan program, the apparent inadequate service borrowers receive from the Education Department’s contractors, and the possible macroeconomic effects of soaring student debt burdens.

In April, Deputy Treasury Secretary Sarah Bloom Raskin devoted her first policy speech since joining the department earlier this year to student loans. Raskin challenged the Education Department’s contractors over why some 7 million borrowers are in default, given the availability of generous repayment plans that cap monthly payments relative to borrowers’ incomes.

Since then, she’s delivered two additional speeches about student debt. In September, after noting complaints by consumer advocates that loan companies are mistreating borrowers, Raskin said, “We must do everything in our power right now to guarantee accuracy and fairness in the loan servicing industry.”

Earlier this month, Raskin noted the “misaligned” incentives that may be responsible for the poor customer service borrowers receive from their loan servicers and debt collectors. She called it “troubling.” 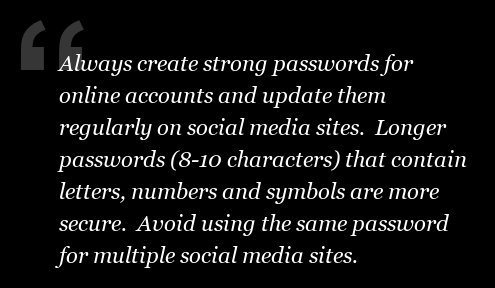