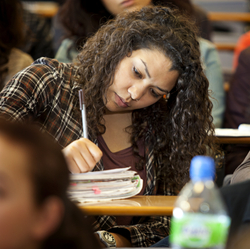 On March 31, the Department of Education met with a group of student loan borrowers at a meeting hosted by the Consumer Financial Protection Bureau. These borrowers, organized by a group known as the Debt Collective, borrowed substantial amounts of federal and private student loans in order to attend schools operated by the now-infamous Corinthian College.

In a deal that purported to disclaim any successor liability for Corinthian's student-directed misdeeds, the Department infused the school with cash to prevent a sudden shut down of operations, allowed for ongoing student enrollment, and brokered the sale of many Corinthian Campuses to ECMC, a collector of student loans. This bailout and controlled unwinding of Corinthian is unusual, but its effect is not unprecedented in one key respect. The Department has evidenced no intention to go back over its books and relieve debt obligations that never should have been issued, had Corinthian played by the rules.

This, at least, is familiar. There once was a for-profit chain of beauty and trade schools that operated under the umbrella of Wilfred American Educational Corporation. At its peak, it ran 60 campuses in 15 states, drawing tens of millions of dollars in federal student aid. After multiple investigations and two criminal prosecutions of Wilfred's owners for financial aid fraud, the school declared bankruptcy and closed, in the mid-1990s. The Department concluded that the school regularly falsified the eligibility of students for financial aid. This means that in theory, many of those loans are subject to discharge under federal law. Of course, most of those who attended a Wilfred school -- often immigrant women without a high school education -- have no way of knowing, unless the Department tells them, that they may be eligible for discharge. Yet nearly 20 years after reaching the conclusion that Wilfred falsified loans, the Department is still actively enforcing at least 60,000 of these loans, often by means of involuntary collection such as wage garnishment and tax refund offset. 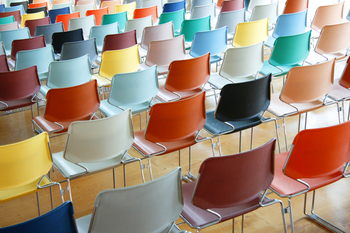 Through outreach, the legal organization where I practice, the New York Legal Assistance Group, has been able to apply for loan discharges on behalf of some 70 former Wilfred students. To date, we have succeeded in getting upwards of $800,000 of debt discharged and money returned to these borrowers. (Over decades, the initial principal on these debts has ballooned from an average of $5,000 to well over $40,000 in some cases, including interest and fees applied by the Department). But the Department vigorously opposed our request that it send a notice to every borrower who attended this fraudulent institution, and temporarily suspend collection. Instead of taking this fundamentally fair step, the Department has devoted extensive time and resources in litigation to establish that it has unfettered discretion to make the "policy assessment" that no action is warranted. In short, the Department's position is that it owes borrowers nothing but a debt collection notice, not even information that they desperately need, and surely deserve, to protect their rights.

The lack of information and transparency about key options for debt relief is a recurring problem. Today, the Debt Collective presented the Department with paperwork from hundreds of Corinthian borrowers, who are asserting that the school's misrepresentations and other illegal acts render their loans unenforceable. They are invoking a provision of the Higher Education Act, also incorporated into borrowers' loan paperwork, known as "borrower defense to repayment." The spirit and plain text of this provision clearly offers a path to debt relief when a school relies on deceptive and predatory tactics to induce students to enroll and borrow student loans. The provision incorporates consumer protection law, which varies by state. But the Department has offered no formal guidance about how to assert this defense. There is not even a form, which is why I consulted with the Debt Collective in their efforts to create a template for Corinthian borrowers. Separately, and to better advise clients, I have submitted a Freedom of Information Act request to the Department about their policies concerning defense to repayment, and have received no response to date -- even though the Department's response is now months overdue.

I have also submitted defense to repayment applications on behalf of two NYLAG clients, who attended a for-profit school that the New York State Attorney General found had wildly inflated and falsified the job placement rates that it promoted to students. The Attorney General's case against the school settled and the school paid some restitution to borrowers, but the Department has nonetheless continued to seek to collect from my clients on tens of thousands of dollars in federal student loans. This week, we received a response to one of my client's requests from a division of the Department, which indicated no knowledge whatsoever of the defense to repayment provisions.

If legal remedies for borrowers, such as defense to repayment, exist only on paper, they are not worth very much. Meeting with Corinthian borrowers is the first step in the Department's necessary recognition that it needs to be more proactive and protective when it comes to student borrowers, both on the back end and the front end of administering federal student aid. This of course means vigorous enforcement to prevent another situation like Corinthian. But it also requires, at a minimum, formulating transparent and accessible policies and procedures to effectuate borrower relief provisions like defense to repayment. And when there is ample evidence that borrowers are entitled to relief under the law, as here, it is incumbent upon the Department to do more. 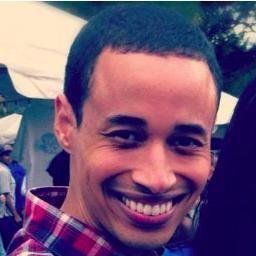