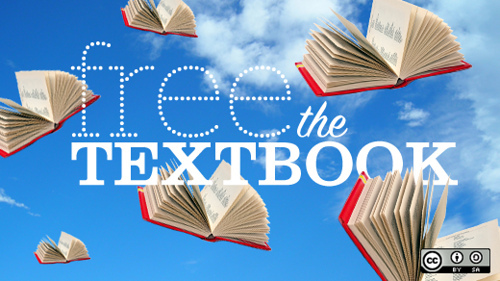 It's common knowledge that the cost of higher education in the United States is outrageous. And despite shockingly high tuitions, which bar many qualified students and burdens others with near lifelong debt, there is no significant relief in sight. Is it any wonder, therefore, that young people -- and their families -- are swarming to Bernie Sanders' rallies and cheering his proposal for free tuition at public colleges and universities?

But many economists and political leaders say his plan is unrealistic. At the same time, though, these detractors acknowledge that the college dropout rate and denial of access for others will significantly impact the competitiveness of the U.S. in the global marketplace. Let's also not forget that Sanders' "unrealistic" program for free and affordable college education is a reality on every continent.

While the rise in tuition at both private and public colleges has been broadly discussed and debated there is another runaway cost that has received much less attention and yet still takes a significant bite out of students' budgets. According to several reports, the cost of textbooks has doubled over the last decade and has risen 1,041 percent since 1977. And you don't need studies to confirm that. Just walk through a college bookstore and your eyes will burn from sticker shock. $150 is not an uncommon price for a basic text, with some costing $500 and even more.

Over each academic year students must on average scrape up as much as $1200 for texts and supplies -- dollars that many students from middle-class and working-class families don't have. Even many of those on scholarships or grants find that the money stops flowing when it comes to textbooks. Henry Farrell, associate professor of political science and international affairs at George Washington University, writing in the Washington Post, called the high price of textbooks a "racket." The astronomical price of textbooks is not justified by production costs. Then why the bloated pricing? Because they can!

How do students cope with this financial burden? Some share textbooks with fellow students, who also can't afford them. Others borrow texts at odd times when their owners are not using them. But increasingly, students are forgoing textbooks and are relying on class notes and information they pick up from secondary sources on the internet. These survival strategies impose additional burdens on already stressed out students and make it hard for them to prepare for class sessions and exams. According to a report, based on a survey of 2000 students at 156 campuses, "65 percent said they had decided against buying a textbook because it was too expensive." A typical lament:

I simply can't afford to buy my textbooks this semester -- even buying them rented and used. I have a job, and I work while going to school full time, with an unpaid internship, and I'm taking an ungodly amount of loans to go to my safety school.

Faculty members suffer too when students elect to bypass textbooks. They complain that the cost not only strips away a basic tool of education, it also impairs the effectiveness of teaching, since much of the content of lectures and discussions centers around textbooks.

Some colleges and universities have had enough of the skyrocketing price of textbooks and are beginning to fight back. They are taking bold action by producing what's known as "open textbooks." The best definition of open textbooks was introduced at a 2007 conference sponsored by The William and Flora Hewlett Foundation and applies more broadly to "open educational resources" (OER): "Free, made very available, of high quality, modifiable, adoptable worldwide, and useful to teachers as well as students."

California is one of the leaders in the open textbook movement. Another striking example is at the University of Massachusetts in Amherst. With a $60,000 grant, faculty members produced open textbooks that saved students one million dollars. While these initiatives are commendable and growing they are still small.

But there's another way that colleges and universities can offer students free textbooks: They can require junior faculty members in all departments to contribute chapters to department textbooks, which can then be offered as free open e-textbooks to students. While the rank of new faculty members may be "junior," there is nothing junior about their knowledge. They are appointed for their outstanding academic credentials in a ferociously competitive academic market. So why not harness their expertise to produce textbooks for their students?

Why isn't that happening now? One reason is that nontenured faculty are under intense pressure to conduct research in their field and to publish papers in academic journals. Not doing so can severely impede young faculty members' progress up the academic ladder. The mandate to "publish or perish" stands in the way of most ambitious young scholars' devoting their time and energy to producing free open textbooks. However, there are some signs that this time-honored dictum is being questioned -- at least at some institutions.

Some commentaries on academic publishing are brutally dismissive:

"The decline of science: why scientists are publishing too many papers"

"The academic publishing racket is a mess: much of what is published in it is worthless"

A much quoted study charged that the vast majority of academic articles go unread and are therefore of little value. While a Los Angeles Times commentary disputes this claim, one can hardly dispute that faculty-produced free textbooks would be read and highly valued.

One of the reasons for the high price of textbooks is that publishing companies enlist high profile academics -- even Nobel-Prizewinners -- and pay them huge sums to write texts, often assisted by a team of writers, a strategy geared to gain large share in the lucrative captive-audience textbook market. According to the U.S Public Interest Research Group "just five textbook companies control more than eighty percent of the $8.8 billion publishing market, giving them near market monopoly and protecting them from serious competition." It's hardly surprising that textbook divisions of publishing companies are highly profitable. Unfortunately, their profits are largely pulled out of the skimpy wallets of struggling students.

Basic textbooks do not require Nobel-Prizewinners or other media stars. In some respects junior faculty may be more suited to write up-to date textbooks, since they are often the ones most familiar with the latest trends and findings.

As a textbook author myself, who has interviewed college teachers about textbook adoptions, I never met an academic who was satisfied with his or her choice. The "perfect text" was the one inside the complaining professor--one that is unlikely to ever come out. So here is an opportunity. Academic departments can produce their own free open textbooks, featuring content that reflects perspectives and needs of individual professors and departments. It's a win-win for everyone--except publishers of overpriced textbooks. Also, this collaborative faculty effort will still leave ample time for traditional "publish or perish" research. But let's first insure that students don't perish.

While a dysfunctional Congress might place the prospect of free college out of reach, colleges and universities can and should take resolute action themselves to take down the "textbook racket." Mandating free open textbooks is an action that will go far in reducing the oppressive financial burden higher education imposes on American students and families.

Bernard Starr, PhD is Professor Emeritus at the City University of N.Y., Brooklyn College, where he taught educational and developmental psychology in the School of Education. Starr authored one of the early life-span psychology texts: "Human Development and Behavior: Psychology in Nursing." He is also the main United Nations representative for the Institute of Global Education (IGE) that founded the Mucherla Global School in Mucherla India.