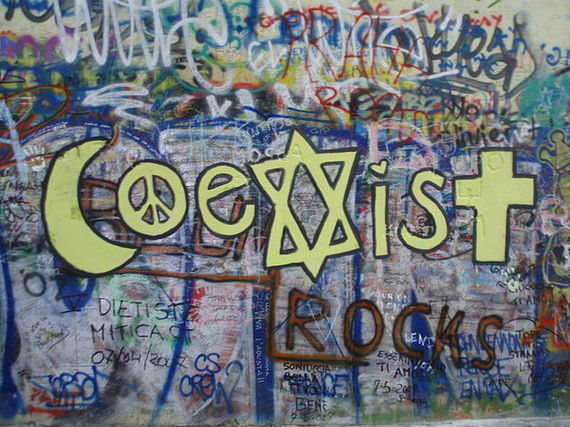 Atheists and Christians share many of the core universal values that are at the heart of a just, civil society, a new study suggests.

There were no major differences between Christians and those who do not believe in God in their moral attitudes toward compassion for those who are suffering and ensuring justice and fairness for all, researchers said.

Surprised? You would not be alone.

When atheists and Christians were asked to judge one another, members of the two groups fell back on many of the negative stereotypes that fuel the culture wars in the U.S., the research indicated.

"In sum, atheists and Christians in the United States appear to be quite unfamiliar with one another's foundational moral concerns," researchers Ain Simpson and Kimberly Rios of Ohio University reported in The International Journal for the Psychology of Religion.

But the developing body of research in the field portends a more hopeful future in which the atheist-Christian dialogue is not dominated by hard-liners such as Richard Dawkins. The best-selling author of "The God Delusion" has said that "faith seems to me to qualify as a kind of mental illness."

Once a common ground on moral values of caring and compassion has been established, Simpson said, "You're much less likely to be prejudiced."

Simpson and Rios conducted two studies to determine how Christians and those who do not believe in God perceive their own moral values relative to one another.

The first study recruited 204 U.S. adults online - 113 Christians and 91 participants who said they did not believe in God. They completed a moral foundations survey three times. First they shared their own views and then they predicted how a typical atheist and a typical Christian would respond.

When offering their personal perspectives, religious participants scored slightly higher than atheists on values such as the relevance of caring for the disadvantaged and showing compassion for those who are suffering.

But there was no difference on values of fairness and reciprocity, including treating people the same and having justice be the most important requirement for a society.

"Our findings indicate that atheists have a strong moral sense of compassion and fairness similar in degree to that of Christians," Simpson and Rios said.

But that was not the way participants saw it when asked to rate those who were different from them.

Christians said the typical Christian was much more concerned with being caring and compassionate, while atheists said the typical atheist was significantly more likely to value issues of justice and fairness.

The stereotypes continued in a second study of 120 Christians and 130 people who did not believe in God.

Participants were asked to write their impressions of the moral values of the group other than their own.

Still, Christians were particularly harsh in remarks about atheists and authority, with one respondent calling them "lawless and destructive."

Given that both atheists and individuals with a strong faith often suffer from negative stereotyping, it might seem that they would have reason to empathize with one another.

After all, it is not always easy to be an atheist or an evangelical Christian.

Evangelicals consistently fall toward the lower end in national surveys measuring overall warmth of feeling. The bias appears at its worst among academic elites.

Yet few groups are viewed less favorably than atheists. Atheists ranked at the bottom of the feeling thermometer in the 2014 Chapman Survey of American Fears, below groups such as Muslims, immigrants and even survivalists.

Just how pervasive is anti-atheist prejudice? A new study from Britain, a far more secular nation than the U.S., provides some answers.

The study of 100 participants recruited from Nottingham Trent University found that both religious and non-religious participants were more likely to identify a man who left the scene of an accident and later removed the money from a wallet he found as an atheist.

"Anti-atheist prejudice is not confined either to dominantly religious countries or to religious individuals but rather appears to be a robust judgment about atheists," university researchers reported in the International Journal for the Psychology of Religion.

In contrast, perceived atheist endorsement of other values such as fairness, loyalty, respect for authority and sanctity scarcely moved the needle on prejudice.

Focusing on the compassion of atheists might best serve the goal of reducing prejudice, the researchers state in an upcoming article in the European Journal of Social Psychology.

"In search of a poster child," Simpson and Rios state, "atheists might be better off with a warm and fuzzy John Lennon than an indignant Richard Dawkins."

Image of the Lennon Wall in Prague shared by Yanksox, Wikipedia [CC BY-SA 3.0]