John Donne was three hundred-plus years dead when I first encountered him, but that didn't stop me from falling for him, passionately. I was twenty years old, an English major at the University of Michigan, and according to the comments I made in the margins of my textbook that year, the 17th-century English metaphysical poet and priest was a "libertine turned religious." 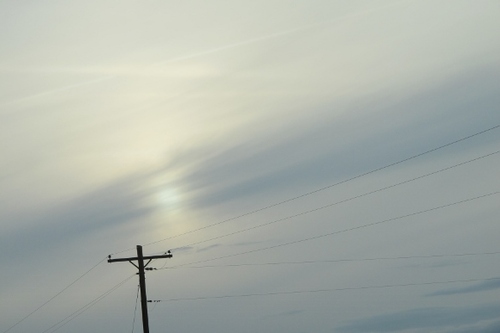 Donne is long gone, but his dilemma seems contemporary for many of us denizens of the twenty-first century. We yearn for God -- for some kind of meaning in which we matter -- but our reason holds us back. We resist entrusting ourselves to an unknown deity, to a mighty personage said to be out there somewhere... because maybe he isn't out there at all.

This poem, one of Donne's "Holy Sonnets," was my favorite. It summed things up nicely for my twenty-year-old self:

Batter my heart, three-personed God; for you

As yet but knock, breathe, shine, and seek to mend;

That I may rise and stand, o'erthrow me and bend

Your force to break, blow, burn and make me new.

Labour to admit you, but Oh, to no end;

Reason, your viceroy in me, me should defend,

But is captived and proves weak or untrue.

Yet dearly I love you and would be loved fain,

But am betrothed unto your enemy:

Divorce me, untie or break that knot again,

Take me to you, imprison me, for I

Except you enthrall me, never shall be free,

Nor ever chaste, except you ravish me.

Two years after my encounter with Donne, I graduated from college and eventually took up writing journalism. Nothing steamy. No John Donne. Mostly stuff that I could clip from the newspaper and send home to my mother. I forgot all about Donne... Until I attended John Adam's opera, Doctor Atomic, during its 2005 premiere season.

It turned out that both John Adams, the composer, and Robert Oppenheimer, the theoretical physicist who became known as the father of the atomic bomb, shared my enthusiasm for Donne's "Holy Sonnet XIV." Adams set the poem to music for Doctor Atomic, putting the words in Oppenheimer's mouth as the physicist anguished over the enormity of the bomb he was building.

Listen as a seventeenth century metaphysical poet explodes into the twenty-first century in this aria from Doctor Atomic.

See what I mean ?

A version of this post first appeared on BarbaraFalconerNewhall.com, where Barbara writes about the view from the second half of life -- and her rocky spiritual journey. If you enjoyed this post you might like her book, Wrestling with God: Stories of Doubt and Faith.

More of Barbara's riffs on life at "You Don't Have to Be a Believer to Believe" and "Our No-TV Week -- The Kids Survived, but Did I?"