I'm a professional stuntwoman who has been working in film and television for more than a decade. I've worked on Furious 7, 22 Jump Street and Jurassic World, among other films, and I'm very proud of my work. But my other job is the one I'm especially proud of: I'm a single mother of a 5-year-old girl. While my two jobs may seem incompatible and worlds apart, they really aren't. In fact, they are actually more alike than you might think. Here's what I've learned about parenting from doing stunts:

1. Give Space But Stay Close 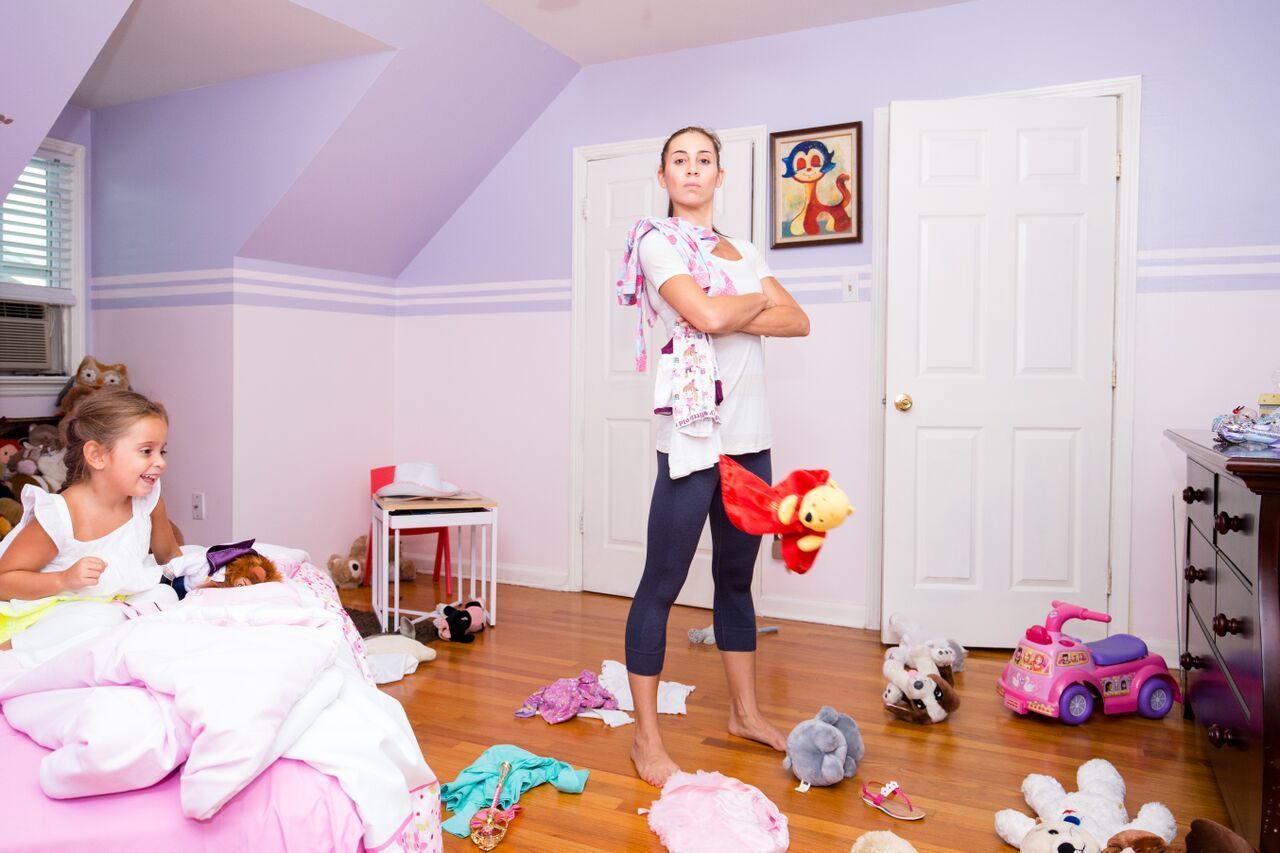 If an actress doesn't have the proper training to handle a situation that's dangerous or high-risk, it's where I come in as a stuntwoman. My job is to limit the danger that an actor may face on-set. The same goes for parenting. My goal as a parent is to always put my daughter in the safest situation possible. This doesn't mean that I don't allow my daughter to take risks or encounter difficulties. I do give her the space to take risks and encounter challenges. But she's also still young enough that I watch her closely -- so I'm there to lend her a hand if trouble arises.

2. Don't Be Afraid Of Bumps And Bruises 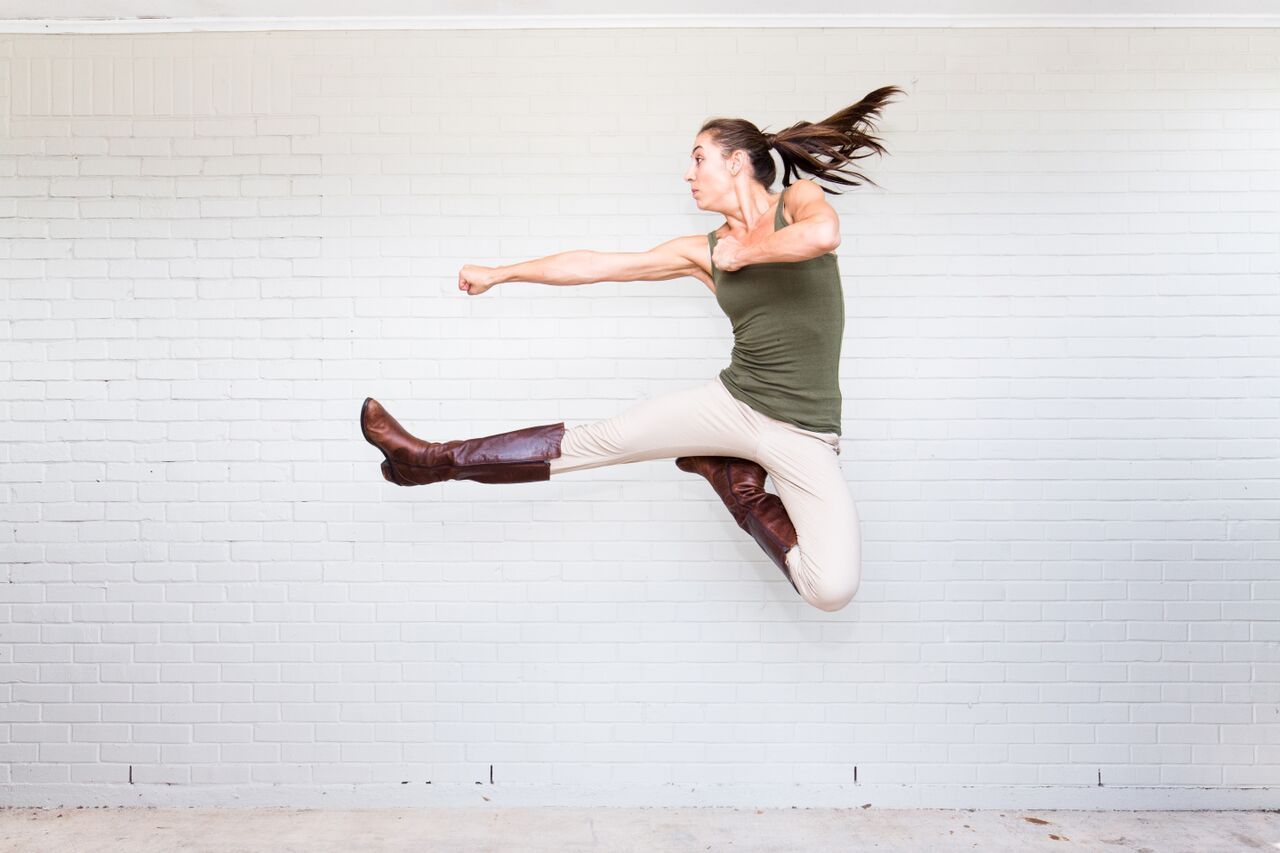 In stunts, things don't always go right. And even when they do, they can be so hard on the body that we tend to get bumps and bruises everywhere. Nevertheless, we pick ourselves up and push through the pain when necessary. The same goes in parenting. Being a mother is the most rewarding thing in my life, but it is not always rainbows and sunshine. Pushing through the hard times to get the job done -- and really enjoying the good times -- is key.

3. Perseverance Pays Off
Most stunts aren't "one-takers." Most need to be performed over and over. They can also physically hurt and be mentally exhausting. Yet it is essential to get back up on the horse and do a stunt again and again until it is perfect -- with the same effort as the first take. Similarly, when teaching my daughter, it is often necessary to repeat the same message over and over and over. It can take a long time. It can be exhausting. It can even be a little painful. But I've found the results of having perseverance outweigh the frustrations.

4. Manage Your Time Wisely... But Roll With It When Things Go Off Schedule
In stunt work, we try to stick to a schedule; however it doesn't always work. We may have to hurry up and wait. Or be waiting and then hurry up and go at a moment's notice. As a stunt person, you learn to roll with the punches. The same thing happens as a parent. Our schedules might not go as planned. Kids get sick and need to stay home. Shoes get lost. And tantrums happen. Any of which can wreck your schedule. However, that's life, isn't it? And as parents, we have to roll with the punches, too.

5. Patience Is Necessary, But Not Always Easy
There are times on set when a director or an actor -- or both -- will test a stunt person's patience with their behavior. When this happens, keeping your cool is essential. Staying patient and remaining calm is part of our job. It is expected. Similarly, children can sometimes test their parents' patience. Maintaining a cool head always produces a better result. But, yes, it is hard to do!

6. Don't Sweat It When Things Get Messy
Stunt people are often in the dirt, swamp or water. You name it, and we've been submerged in it or stuffed inside of it. And the same things happen to me at home! In parenting, we are often covered in food, paint, or worse! Being able to stay calm and know that a shower is in my future has been critical.

7. Prepare, Prepare, Prepare!
In stunts, we work long hours, with many spent prepping and getting mentally prepared for a few minutes of an adrenaline rush. The preparation that goes into a stunt is crucial, and timing is everything or the stunt may be performed less than satisfactorily -- much like in parenting, where we spend the majority of our lives preparing our children to be productive, independent adults. There is a lot of work that goes into it. Years of it. But being a parent can give you more adrenaline than even the coolest stunt.

8. Trust Others
For any stunt, whether it's simple or complex, you have to work with a great team whom you can rely on and trust. No stunt is easy. Anything can happen. In my personal life, it takes a village, as well. A big part of being in a family is being able to trust and respect my relatives and loved ones. They are my team and my rock, and so much more can be accomplished for my daughter when that trust exists.

And one thing that being a parent taught me about performing stunts...

9. What Real Courage Looks Like
I have actually learned more about courage from my daughter than I have on any television or movie set. My little girl is fighting a battle with kidney disease. In her life, she has taught me more about courage and bravery than any other person I have even known. Anytime I think something will be scary or intimidating, I remember that my daughter has taught me that you cannot back down. And that real things are worth fighting for.

Parents use Brawny® because it's strong, just like they are. Watch the original Tough to the Core video series at Brawny.com to hear unforgettable stories of toughness, straight from the remarkable men and women who lived them.