Invitations to this hush-hush event were limited and could only be picked up in person at the front counter of City Lights Books in San Francisco. Sealed in black envelopes, these ducats featured a noirish, black and white photograph of Ross Alley--a narrow throughway in San Francisco's Chinatown--and spelled out the particulars for an "evening of literary pathology" on Thursday, April 1st.

The subterranean venue for the event was marked with an X on a map of Chinatown, and special instructions were provided for gaining entry. You were directed to purchase a drink from the bartender on the ground floor of the designated establishment (the Li Po Lounge) and ask for the location of the party. You would then be sent to an unmarked door where you were requested to knock three times, and in response to the challenge from the doorkeeper, provide the following passphrase, "Dante's Last Stand." Only then would you be permitted to descend a flight of stairs to the "noir catacombs." 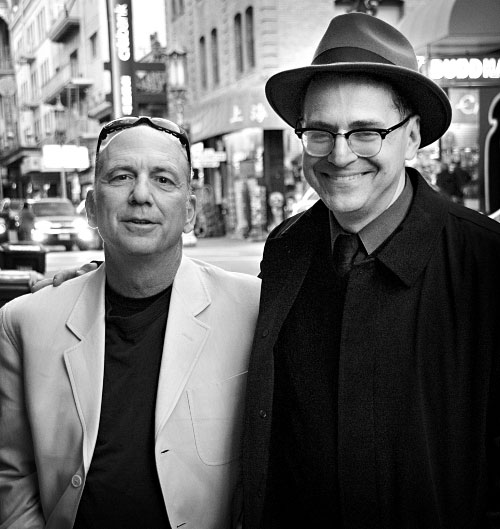 If you followed these instructions on the appointed evening, you would have found yourself in the catacombs among a capacity crowd of eighty or so hardboiled writing fans. "Mr. Top" and his alto sax provided a jazz prelude for the festivities and then event organizer, editor of San Francisco Noir, and emcee Peter Maravelis took the stage. He introduced author Kelli Stanley, who read the hard-hitting first chapter from her new novel City of Dragons while wearing a black fedora. Set in 1940s San Francisco, Dragons features crusading private eye Miranda Corbie, who's been around the block a few times. Here's how a cop who brings her in for questioning summarizes her story:

It's some record. Spain with the Reds. Came back and worked for Dianne Laroche as an escort. Then hooked up with Charlie Burnett on divorces cases ... Then Burnett gets bumped off, they claim you figure out who, and you get a license and take over his business and land some cushy World's Fair job on Treasure Island, guarding Sally Rand. Takes a whore to know a whore, I guess.

Later, with author Domenic Stansberry watching from the back, San Francisco performing arts company Word for Word came forward to do a staged reading of selected excerpts of Stansberry's latest novel, Naked Moon. Word for Word gained fame doing performances of short stories by Tobias Wolff and others, not "dramatizing," not abridging, but performing every word the author had written.

Their performance of Stansberry's already lyrical work was nuanced and layered. Naked Moon is told from the third person point of view of private investigator Dante Mancuso and wouldn't seem to provide much opportunity for reading by multiple actors. Yet Word for Word subtly assigned "parts" of the narration to different actors, based not only on who was talking, but who was being described. It added a depth and meaning to the performance that a straight reading wouldn't have conveyed. Imagine the actress playing the female Chinese American police detective Chin (who matches wits with Mancuso throughout the book), reading these musings on her character and background:

Chin had lived all her life in the city, same as himself, walking these streets. People talked. She lived alone, and there were rumors about her on this account. About her sexuality, her private life. People in San Francisco did not care about such things, supposedly, but that was nonsense, because who you slept with, everyone cared about that.

The rumor was, Chin slept with no one.

Cold fish, out of water.

Last duck on the pond.

It was powerful stuff.

The authors signed books for an appreciative audience following the performance. Maybe after another round or two from the bar, you would have climbed out into the dark, deserted street and glanced back at entrance of Li Po's ... and shivered every so slightly. 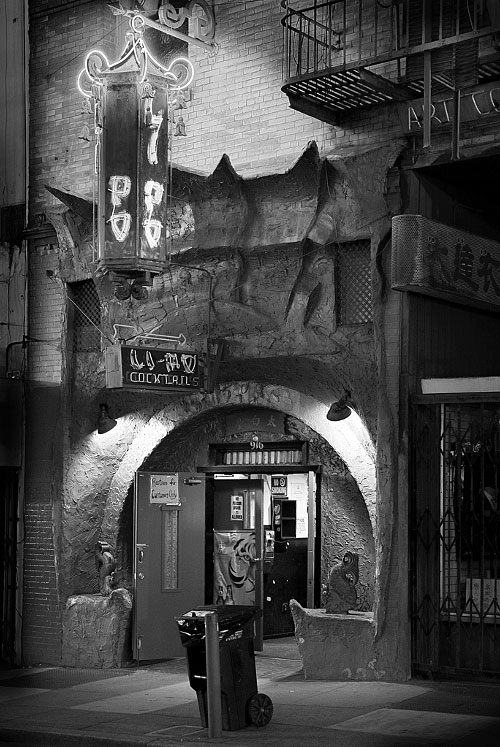