Suburbs have long been associated with white picket fences and manicured lawns. But for many living in suburbia today, the reality is much bleaker.

This month, it was reported that 15.1 percent of Americans live below the poverty line last year, the high level since 1993. And while the majority of the 46.2 million impoverished Americans still live in cities, 15.4 million of them inhabit the suburbs. Between 2007 and 2010, the total number of poverty-level suburban dwellers rose by 3.4 million, according to an analysis of U.S. Census data by the Brookings Institute.

"We think of poverty as a really urban or ultra-rural phenomenon," Elizabeth Kneebone, senior research associate at Brookings Institute, told CNN Money, "[B]ut it's not. It's increasingly a suburban issue."

In the last decade, the number of people living in poverty in major-metropolitan suburban areas grew 53 percent, compared to just 23 percent in cities, according to Brookings. Factors such as population growth, housing and job decentralization have contributed to suburbs in the Sun Belt being especially affected.

Since 2009, the California city of Stockton, for example, has consistently experienced one of the consistently high foreclosure rates in the country. Lakeland, Florida has also seen high rates of foreclosure. In what other ways has the recession affected suburban life?

Here are the top 10 suburban areas with the highest poverty rates:

PHOTO GALLERY
10 suburbs with the highest poverty rates
Download
Calling all HuffPost superfans!
Sign up for membership to become a founding member and help shape HuffPost's next chapter
Join HuffPost 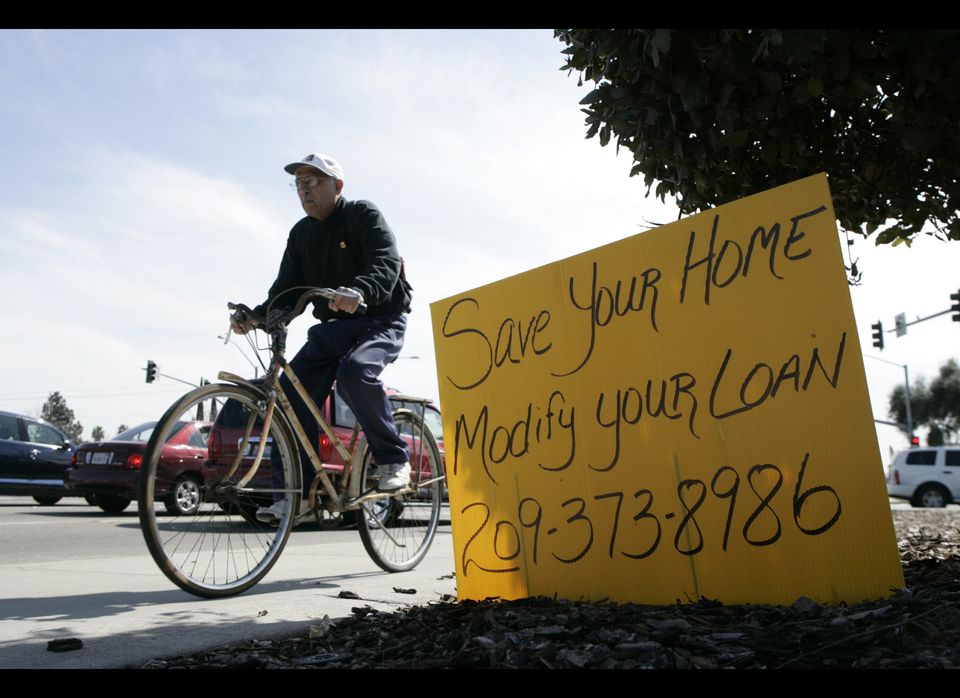