You've heard it before: "If at first you don't succeed, try again." Sometimes you may feel like that's just a saying, but it is absolutely not. The 16 incredible stories below show how even horrible tragedies and setbacks can help fuel a drive for success.

From Oprah Winfrey's scarred childhood to Bill Gates' failed business ventures, these people have been through the grinder, and came out even better than before. Their stories stress one of the most important lessons of all: Never ever give up. Scroll through the list for some serious inspiration.

Yes, the richest person in the whole world couldn't make any money at first. Gates' first company, Traf-O-Data (a device which could read traffic tapes and process the data), failed miserably. When Gates and his partner, Paul Allen, tried to sell it, the product wouldn't even work. Gates and Allen didn't let that stop them from trying again though. Here's how Allen explained how the failure helped them: "Even though Traf-O-Data wasn’t a roaring success, it was seminal in preparing us to make Microsoft’s first product a couple of years later." 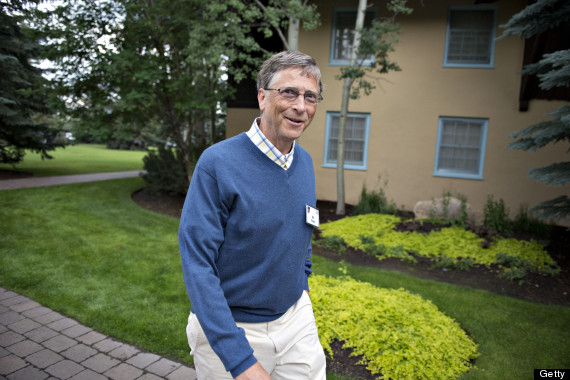 Albert Einstein didn't speak until he was four years old.

Einstein didn't have the best childhood. In fact, many people thought he was just a dud. He never spoke for the first three years of his life, and throughout elementary school, many of his teachers thought he was lazy and wouldn't make anything of himself. He always received good marks, but his head was in the clouds, conjuring up abstract questions people couldn't understand. But he kept thinking and, well, he eventually developed the theory of relativity, which many of us still can't wrap our heads around. 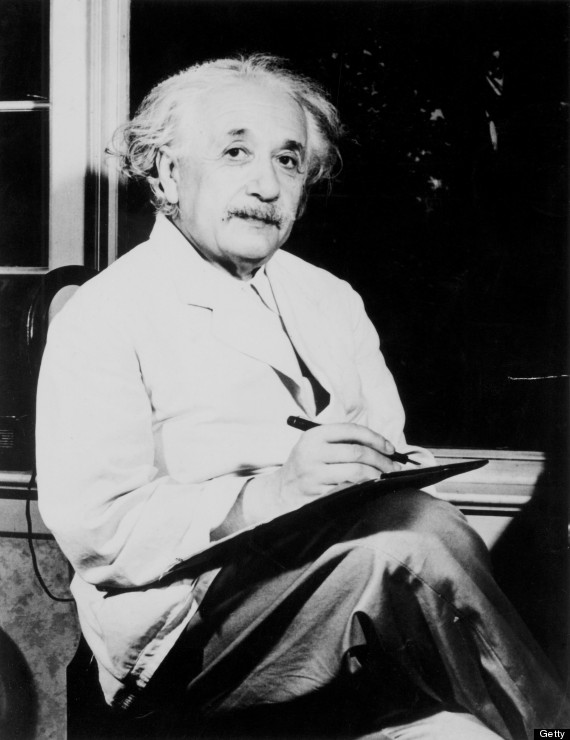 Jim Carrey used to be homeless.

Carrey revealed to James Lipton on "Inside the Actor's Studio" that when he was 15, he had to drop out of school to support his family. His father was an unemployed musician and as the family went from "lower middle class to poor," they eventually had to start living in a van. Carrey didn't let this stop him from achieving his dream of becoming a comedian: He went from having his dad drive him to comedy clubs in Toronto to starring in mega-blockbusters and being known as one of the best comedic actors of an era. 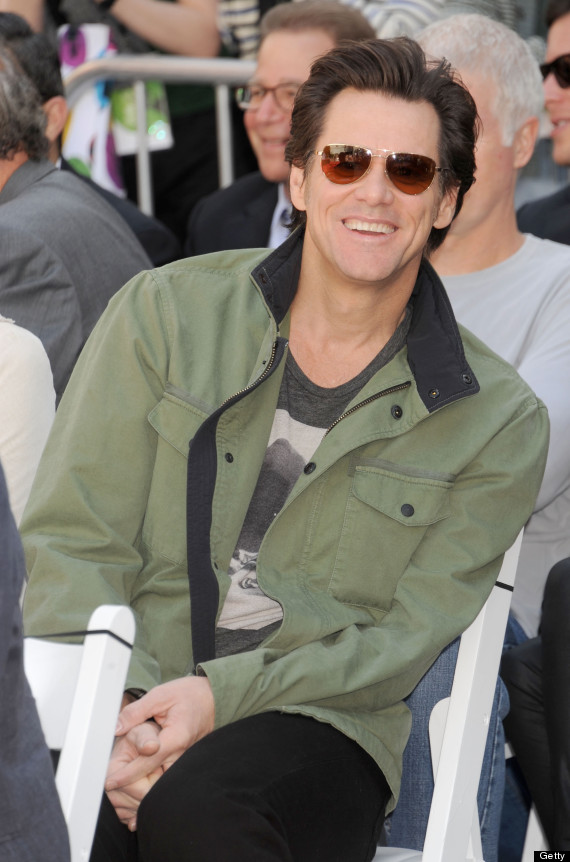 Bethany Hamilton had her arm bitten off by a shark.

Hamilton started surfing when she was just a child. At age 13, an almost-deadly shark attack resulted in her losing her left arm. She was back on her surfboard one month later, and two years after that, she won first place in the Explorer Women’s Division of the NSSA National Championships. Talk about determination. 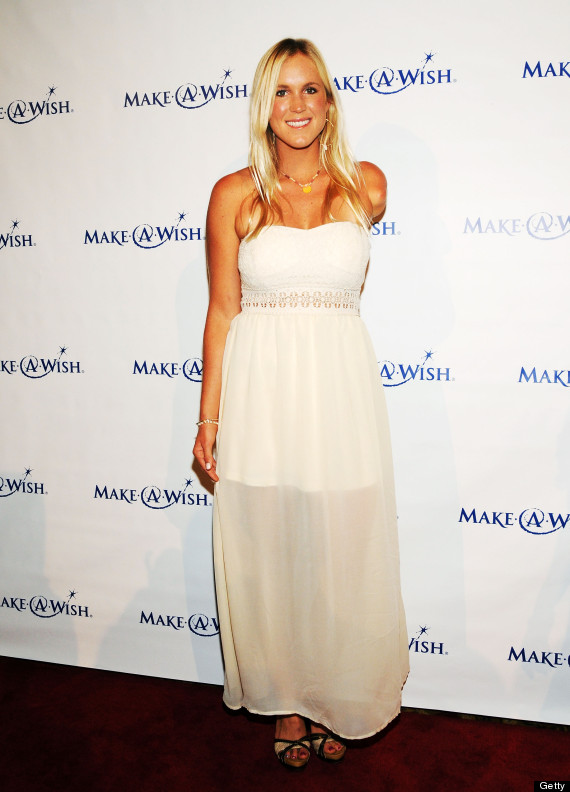 Benjamin Franklin dropped out of school at age ten.

Franklin's parents could only afford to keep him in school until his tenth birthday. That didn't stop the great man from pursuing his education. He taught himself through voracious reading, and eventually went on to invent the lightning rod and bifocals. Oh, and he became one of America's Founding Fathers. 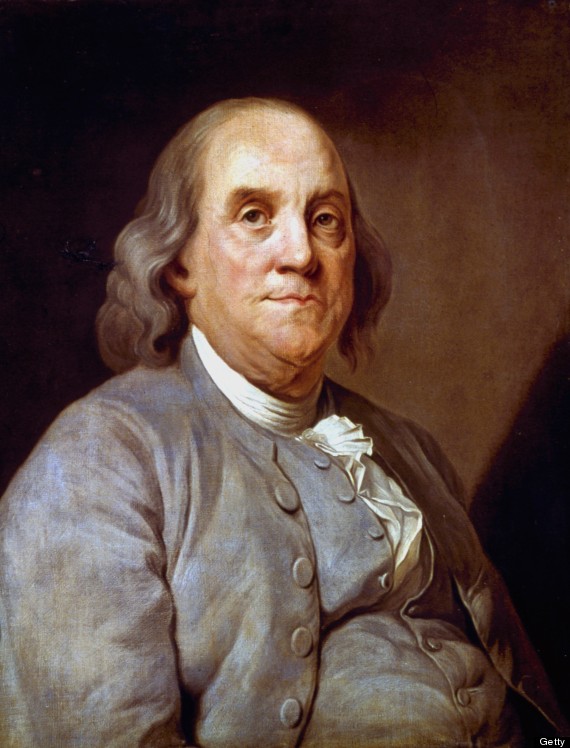 Branson was a pretty bad student -- he didn't get good marks and he did poorly on standardized tests. Instead of giving up, he used the power of his personality to drive him to success. Today, Branson, known for developing Virgin Records and many of its more technologically advanced spinoffs, is the fourth richest person in the UK. 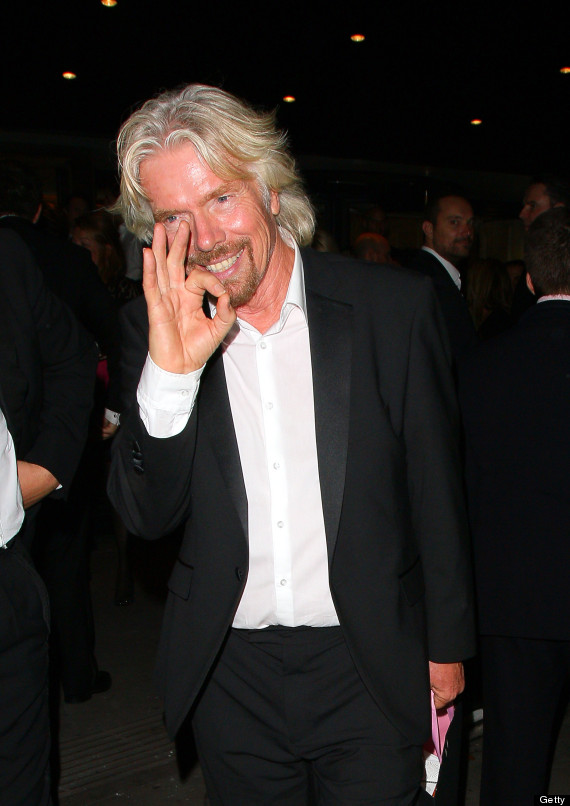 If it weren't for King's wife, "Carrie" may not have ever existed. After being consistently rejected by publishing houses, King gave up and threw his first book in the trash. His wife, Tabitha, retrieved the manuscript and urged King to finish it. Now, King's books have sold over 350 million copies and have been made into countless major motion pictures. 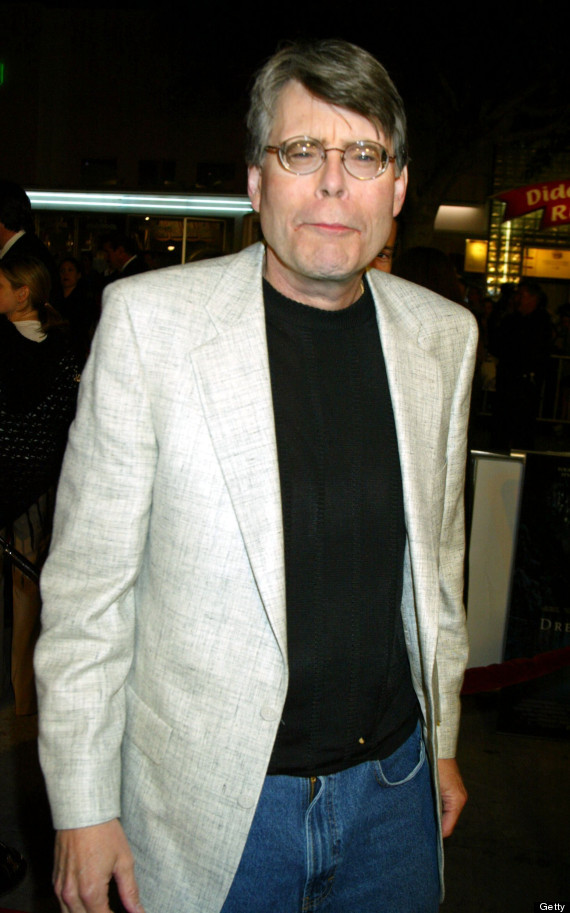 Oprah Winfrey gave birth at age 14 and lost her child.

She is one of the most successful and richest people in the world today, but Winfrey didn't always have it so easy. She grew up in Milwaukee, Wis. and was repeatedly molested by her cousin, uncle and a family friend. She eventually ran away from home, and at age 14 gave birth to a baby boy who shortly died after.

But Winfrey's tragic past didn't stop her from becoming the force she is today. She excelled as an honors student in high school, and won an oratory contest which secured her a full scholarship to college. Now the entrepreneur and personality has the admiration of millions and a net worth of $2.9 billion. 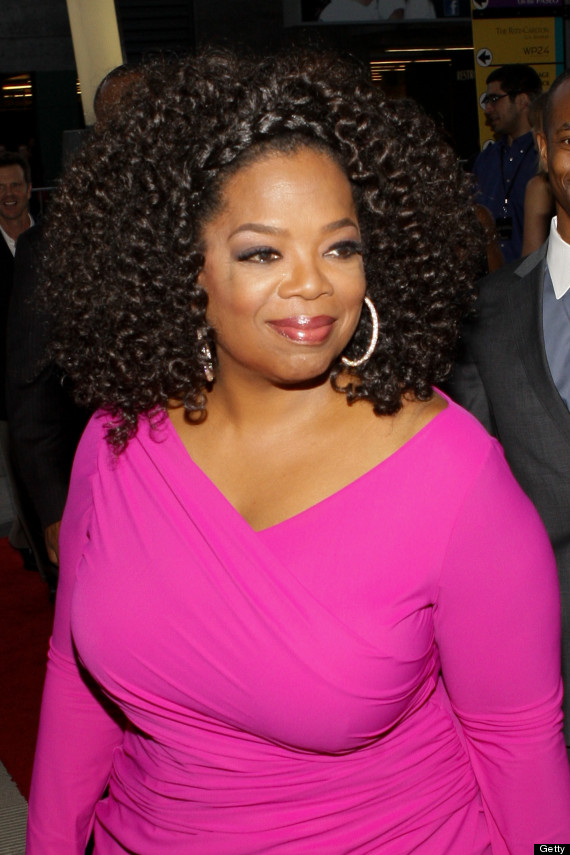 Although the exact number of tries has been debated, ranging from 1,000 to 10,000 attempts, it's safe to say Edison tried and failed a whole lot before he successfully created his beacon of light. His response to his repeated failures? “I have not failed. I've just found 10,000 ways that won't work.” 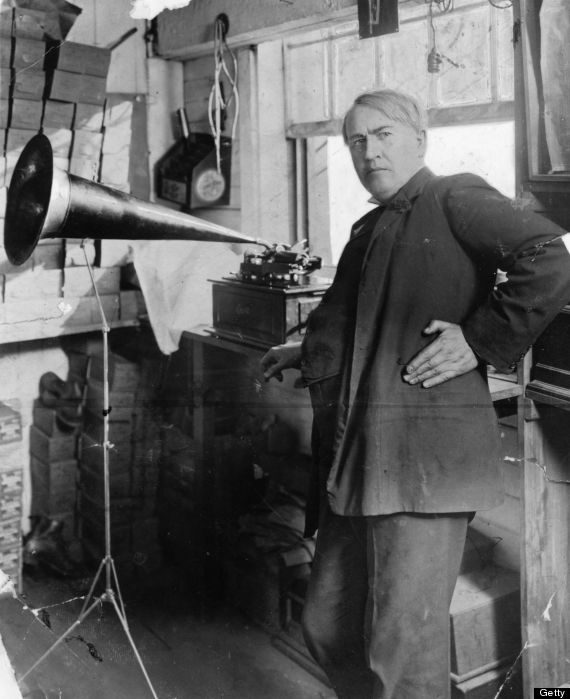 Kris Carr turned her cancer into a business of hope and healing.

In 2003, Karr was a 32-year-old New Yorker just enjoying life. But then, a regular checkup at her doctor's office resulted in a diagnosis of a rare and incurable Stage IV cancer called epithelioid hemangioendothelioma, existing in her liver and lungs.

Instead of succumbing to the disease, Carr decided to challenge her diagnosis head on. She attacked her cancer with a brand new nutritional lifestyle, and turned her experience into a series of successful self-help books and documentaries. Eventually, she launched her own wellness website, which is followed by over 40,000 people. Today, Karr is celebrating a decade of "thriving with cancer," and is now revered as one of the most prominent experts on healthy living. 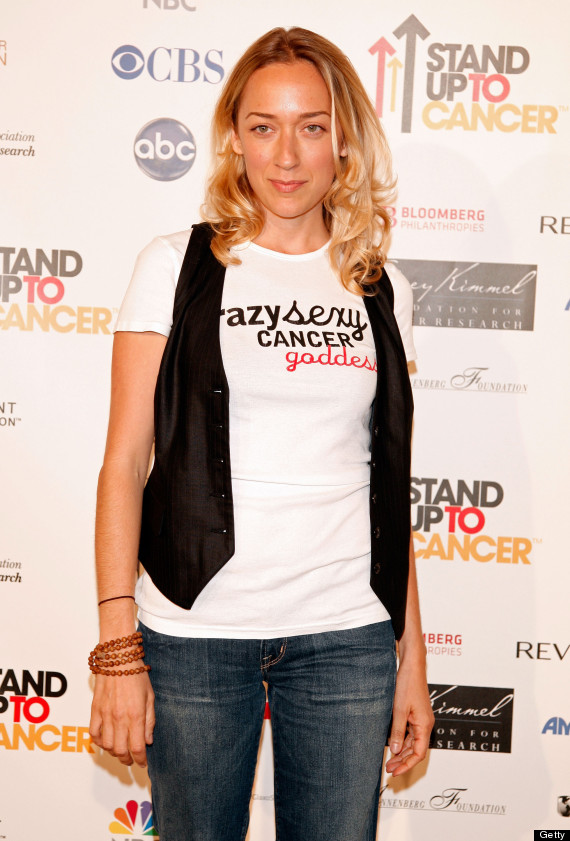 Jay-Z couldn't get signed to any record labels.

No one can stop Jay-Z. He came from a rough Brooklyn neighborhood and had big dreams to make it big as a rapper. Unfortunately, the rest of the world didn't agree with him at first. Not one record label would sign him. Yet that didn't stop him from creating his own music powerhouse. His label would eventually turn into the insanely lucrative Roc-A-Fella Records. Here's proof Jay-Z is on top: Forbes has estimated his net worth at $500 million, and TIME ranked him at one of their 2013 Most Influential People In The World. And he's married to Beyoncé. 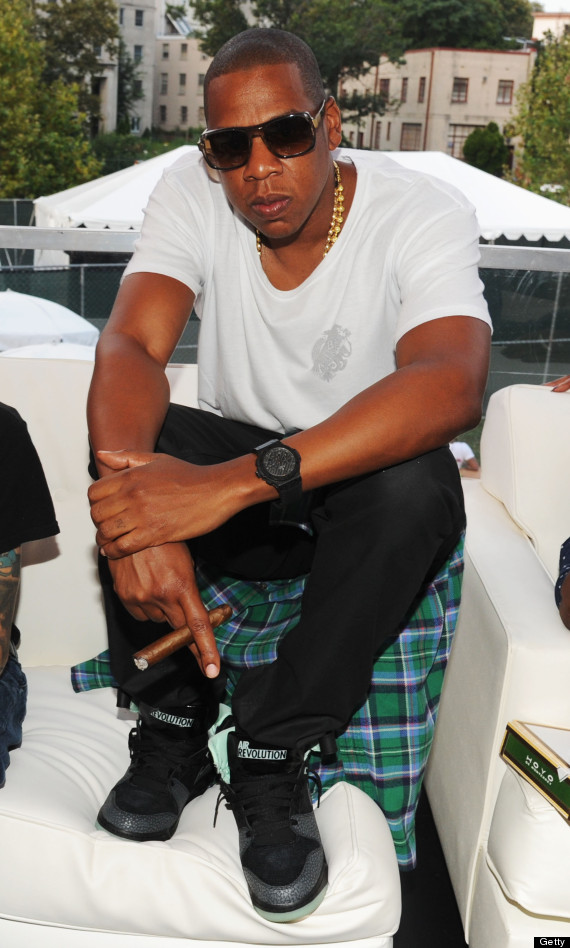 Vincent Van Gogh only sold one painting in his lifetime.

Van Gogh is considered one of the greatest artists of all time, yet the poor guy only sold one painting the entire time he was alive: "The Red Vineyard at Arles (The Vigne Rouge)," which is now in the Pushkin Museum of Fine Arts in Moscow. Even though he made no money, he still painted over 900 works of art. Though his persistence went unnoticed when he was alive, Van Gogh proves you don't need external validation to be proud of the work you create. 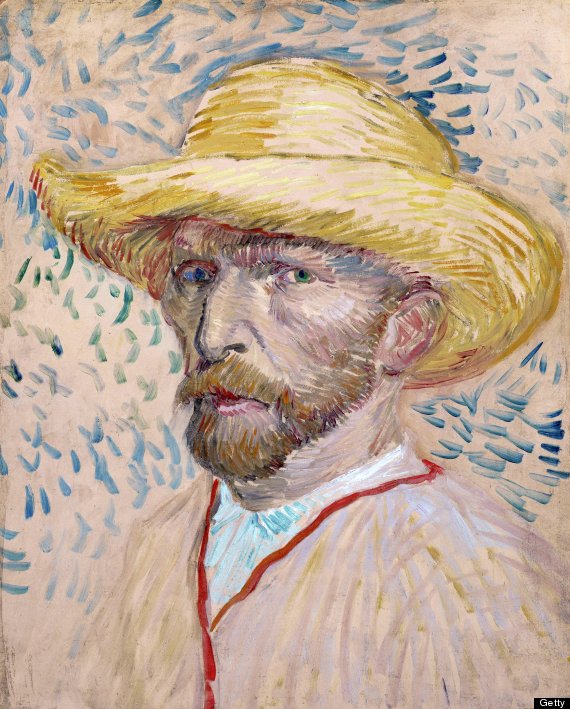 After vacationing in Canada, Roosevelt developed polio, which eventually left him paralyzed from the waist down for the rest of his life. Even though he couldn't walk, he went on to lead the country as one of the most respected and memorable presidents in history. 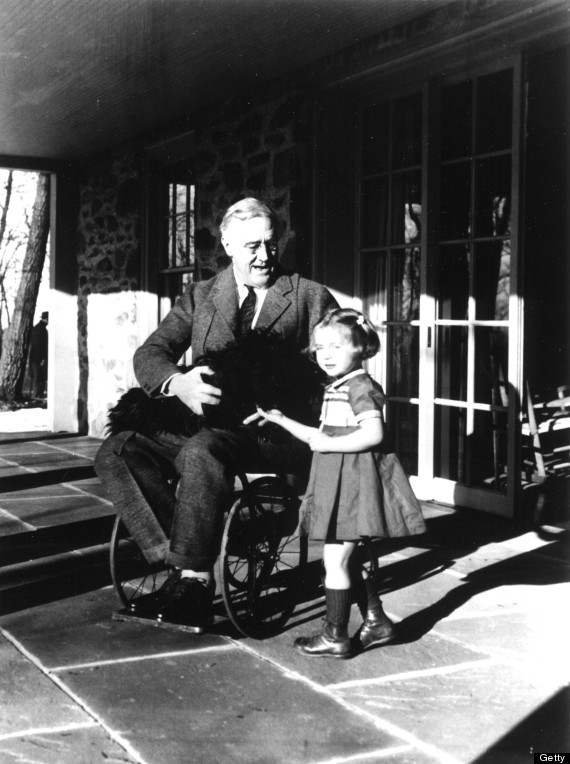 By his late twenties, Cowell had made a million dollars and lost a million dollars. Cowell told The Daily Mail in 2012, "‘I’ve had many failures. The biggest were at times when I believed my own hype. I’d had smaller failures, signing bands that didn’t work, but my record company going bust, that was the first big one." Even after such a momentous loss, Cowell picked himself up and became one of the biggest forces in reality television, serving as a judge for "Pop Idol," "The X Factor," "Britain's Got Talent" and "American Idol." Forbes has estimated his net worth at $95 million. 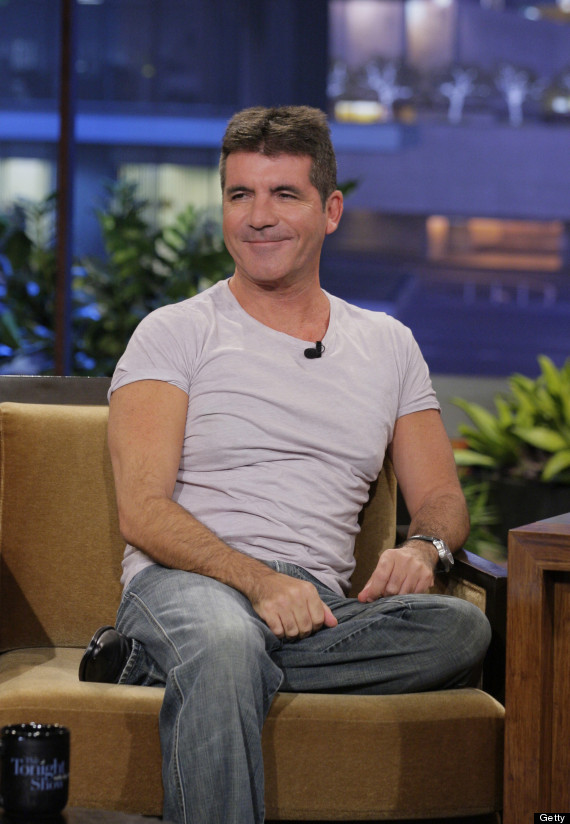 When Theron was 15, she witnessed her mother shoot her alcoholic father in an act of self-defense. Instead of letting the trauma immobilize her ambition, Theron channelled her energy into making a name for herself. She would eventually become one of the most respected and talented actresses, becoming the first South African actress to win an Academy Award. 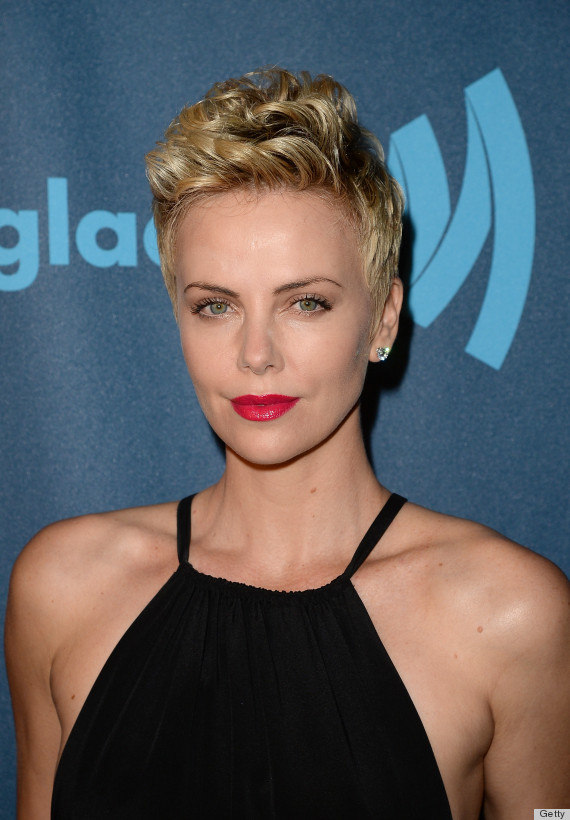 You read that right. One of the most prolific filmmakers of all time, the man who brought us "Shindler's List," "Jaws," "E.T." and "Jurassic Park" couldn't get into the film school of his choice. Maybe, just sometimes, education can be a little overrated. In the end, Spielberg would get the last laugh, when USC awarded him an honorary degree in 1994. Two years later, he became a trustee of the university. 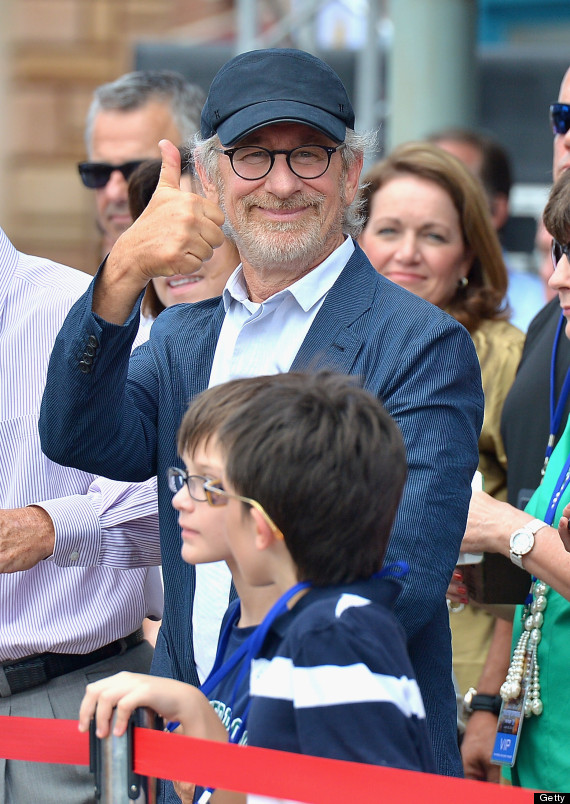 Correction: A previous version miscounted the number of people in this list. There are 16.

How To Turn Daydreams Into Reality