Negotiations between rebel leaders and the Sudan government are underway that could extend a ceasefire that began in September.

After the most violent fighting season since the war broke out, families across Sudan’s Nuba Mountains are bracing for either a wave of bombings, or their first bountiful harvest in years.

The last bombing in a civilian area in the region was in August 2015. If negotiations fail, December could be a bloody month. In 2014, nearly 800 bombs were dropped in the Nuba Mountains.

Sister Cinta Mutisya woke up one morning in May to the sound of two Sukhoi fighter jets flying low over the mountains. She braced herself for an explosion, but there was only the roar of the planes as four cluster bombs thudded to the dry ground. They didn’t go off. The tiny munitions could have killed dozens in the heavily populated valley.

Mutisya came from a peaceful life in Kenya to serve at a parish in the middle of the Nuba Mountains. She knew it was a war zone, but hoped that as a nun she would not be targeted. A drone motored over later in the day as the town braced for another attack.

It came two days later. The Sukhoi jets were back, this time with shrapnel bombs. This time they hit the Diocese of El Obeid Parish office where the staff run humanitarian programs. This time the explosions ripped through the compound, shattering windows and blowing off roofs. Mutisya and everyone else was able to find shelter in the compounds’ dugouts.

“I thought it was the end, that I’m going to die,” Mutisya said, “I thought that was it – they have come to kill us.”

A mother and her infant daughter nearby were not so lucky. They were struck by another two bombs, killing the girl instantly and wounding her mother. As the town took stock of the losses, an Antonov cargo jet followed, dropping more shrapnel bombs near the parish. Eight bombs were dropped and a young woman and elderly man wounded.

It wasn’t the first time the parish was hit. Fifteen years ago in the previous war the Sudan Air Force killed 14 children and a teacher, while maiming 17 others – a bombing marked both by a memorial on site and by dozens of foxholes for current students.

That was last May, at the end of the most violent bombing campaign the government of Sudan has unleashed on the region since war broke out in 2011. Between November 2014 and May 2015, the typical months of the fighting season, Nuba Reports journalists documented 1,937 bombs dropped on civilian areas. This was also part of an increasingly bold set of attacks on schools and NGO facilities. A hospital run by the same diocese was bombed in May 2014 along with MSF clinics.

“Why should they bomb the church?” asked a Father who was also at the parish for the attack. Both he and Mutisya had travelled from the stability of East Africa to help the people of the Nuba Mountains who have been isolated from the world and subject to near weekly bomb attacks since the war broke out in 2011 between Nuban rebels and the Sudan government.

Watch the video of them describing the attacks.

Since then a tedious calm has held in the Nuba Mountains. Nuba Reports has not documented a bombing since August when a ceasefire was declared by each side in September, though nothing was signed. This week both SPLA-N and the government are in Addis Ababa to negotiate the possibility of an official cessation of hostilities.

Typically the fighting season in Sudan starts in full force in December. And with it, bombings. Last year there were nearly ten times as many bombs dropped in December compared with November. The increase coincides with the harvest season, which has made it difficult for many families like India Badawee Wandanas to bring in enough food to last the year. But this year she and her ten children are hopeful they will finally have a good harvest.

“This year the planting and harvest are much better than other years because right now there are no airplanes bombing us,” she said in front of her small hut surrounded by tall green sorghum plants. But the question she and her neighbors want to know is: Will it last?

While none of the many peace talks over the last four years has resulted in changes on the ground, there is hope that talks this time around will be different.

“We have not seen any benefit from the past peace talks in Addis Ababa and usually the government increases bombing when the past talks have started and after they have ended,” said Younis Sullivan Adam, a 43-year-old father of 11 children. “I don’t know how they can talk about peace and bomb civilians at the same time.”

But he remains hopeful for change.

“The past years have been difficult because the Antonov was disturbing us every day, confusing the lives of adults and children,” he said. “We hope that God will bring peace to Nuba like before this war started. We are living a bit better because the planes have not bombed in a few months.”

The talks start November 18 and run through Friday. Meanwhile the priest and sister continue to pray.

“We are really praying very hard,” the Father said, “so that peace will prevail.” 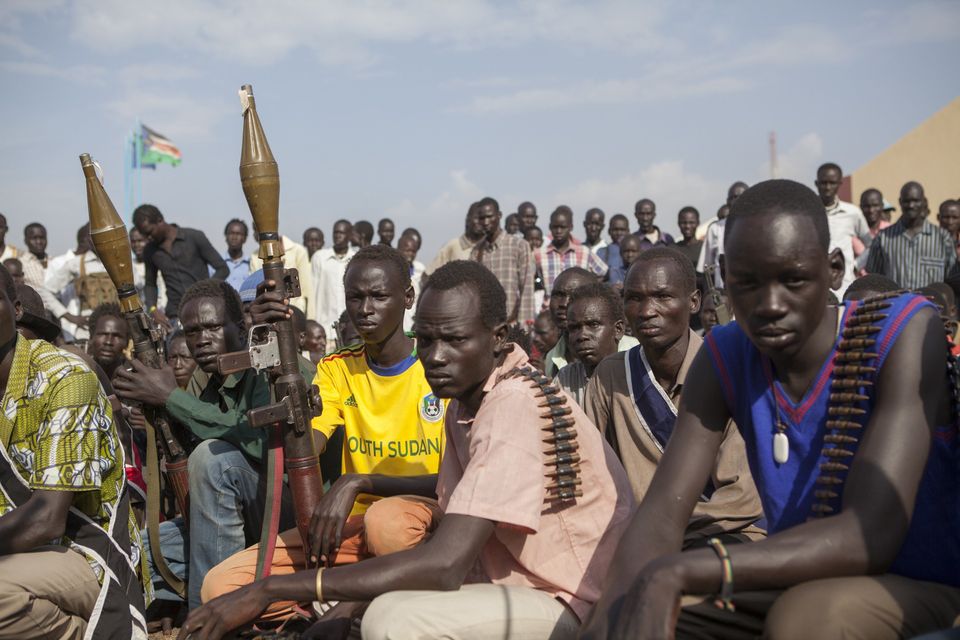