KHARTOUM, May 2 (Reuters) - Sudan's Foreign Ministry said on Wednesday it had agreed "in principle" with a seven-point roadmap drafted by the African Union to end its festering conflict with neighbouring South Sudan.

In a statement, it said Foreign Minister Ali Ahmed Karti had sent a letter voicing Khartoum's tentative assent to African Union Commission chief Jean Ping. No details were given.

The African Union (AU) demanded on April 24 that Sudan and South Sudan resume talks within two weeks, warning both it would issue its own binding rulings if they failed to strike deals on a litany of disputes within three months.

The AU has spearheaded mediation efforts between the two adversaries in the past with the backing of the United Nations, the United States and other major powers.

South Sudan committed to the AU roadmap last month, while Sudan had yet to give an official response.

The U.N. Security Council unanimously approved a resolution on Wednesday that threatens Sudan and South Sudan with sanctions if the African neighbours fail to halt their conflict and resume negotiations within two weeks.

The AU roadmap urges both sides to cease hostilities within 48 hours and calls for the "unconditional" withdrawal of troops from contested regions, an end to support for rebel groups against the other state and to hostile propaganda in the media.

It gave the two sides two weeks to resume negotiations on a range of disputes including oil, the status of disputed zones and the demarcation of their porous frontier.

While both have stopped short of waging all-out war over their string of disputes, there have been persistent clashes in border areas, with both sides calling the other the aggressor.

The Sudanese Foreign Ministry accused South Sudan of launching several attacks over the past week on its territory.

It said the South Sudan army, the SPLA, had occupied a border village in Bahr al-Arab as well as the disputed areas of Kafn Dubai and Kafya Kenji.

South Sudan also accused Sudan's army of attacking positions inside its territory with air and ground forces this week.

Sudan and South Sudan are former civil war foes that split up when the south seceded and became independent last year. (Editing by David Clarke and Mark Heinrich) 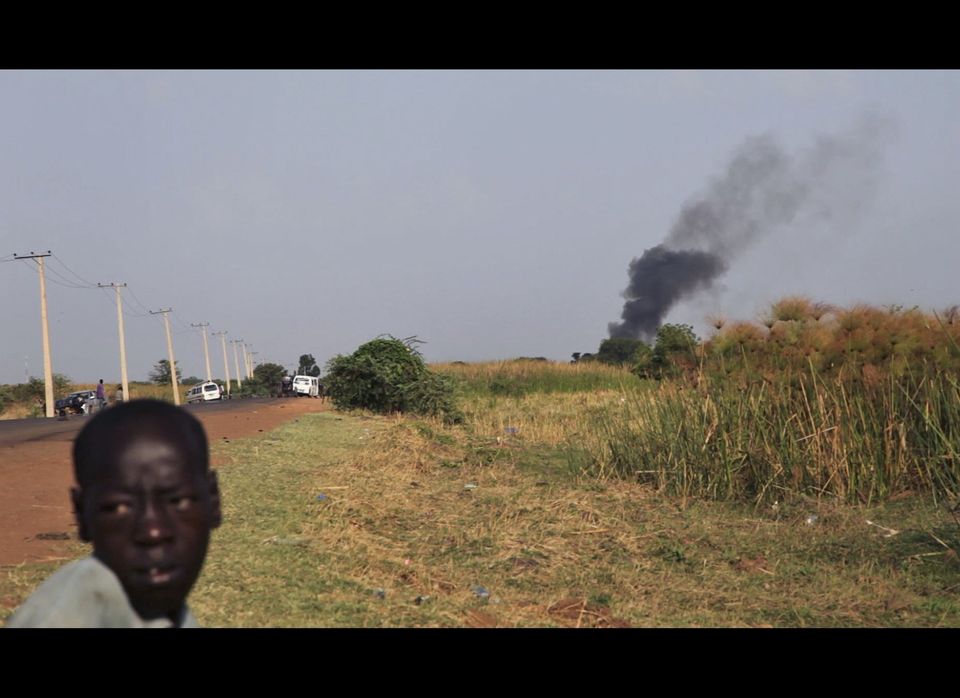 1 / 7
Black smoke rises from the market in Rubkona near Bentiu in South Sudan Monday, April 23, 2012. A boy was killed and at least two people were wounded Monday when Sudanese aircraft bombed an area near the town of Bentiu in South Sudan, an official and witness said, increasing the threat of a full-scale war breaking out between the two nations. (AP Photo/Michael Onyiego)
AP