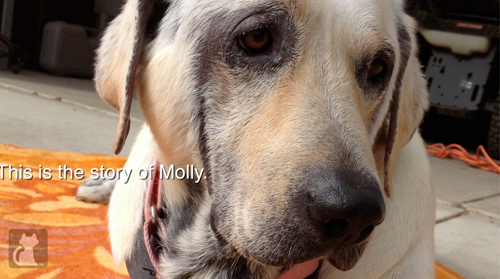 Who says only cats have nine lives? Molly, a yellow Labrador Retriever who has lived through the worst, will tell you otherwise.

Molly was adopted into a family that had good intentions for her but didn't understand her various medical conditions. Like many households, her family overfed her, causing her weight to balloon. 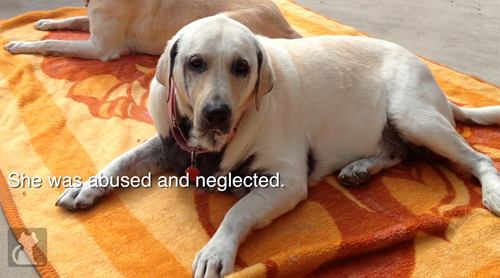 By four years old, she was thirty pounds overweight. For a Labrador, where seventy pounds is normal, she was over one hundred pounds. Her heavy frame slowed her considerably. She looked like she had aged. Her gait was sluggish and lumbering, but her skin was a more severe problem than her weight issues. 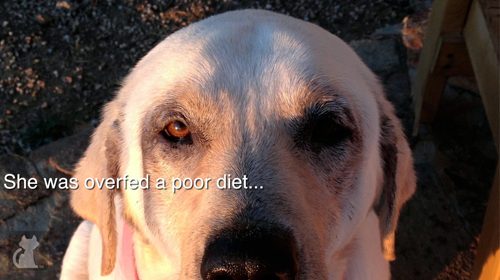 The food Molly was being fed was slowly killing her. She had an allergic reaction to a component in the diet, causing a yeast infection. The yeast infection was exasperated by lack of medical treatment. The allergies and infections caused her to lose her fur. 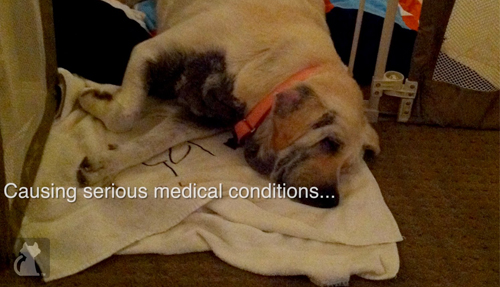 As the problems persisted, Molly continued to lose fur until she had lost one-third of the fur on her entire body. What was left was fungus on her skin causing a putrid smell that could not be masked or covered up. Not knowing what else to do, her family left her outside. This put Molly out in the elements where flies gravitated to her exposed flesh and bit her ears, causing further infection. All the while, the family was continuing to feed her the same diet that caused the condition to begin with. The situation was dire. 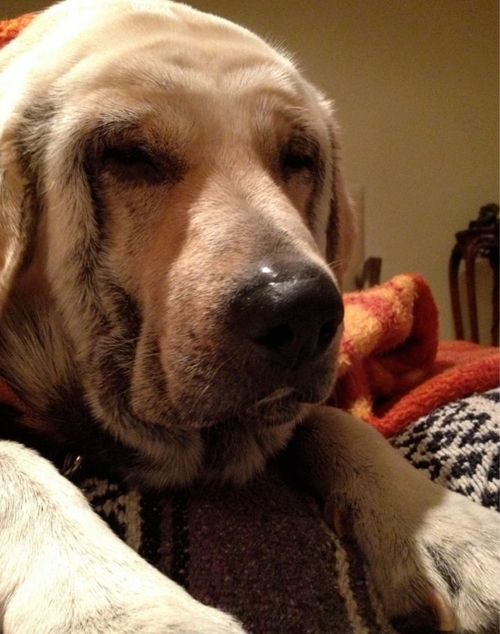 The family had other dogs on their property and knew they could not financially care for Molly properly. Luckily, they did the right thing. They relinquished her to the Southern California Labrador Retriever Rescue who saw Molly, and knew she would require a long recovery process. They were right. Not only was Molly suffering from various infections caused by poor diet and neglect, but her new foster mom Dami Shepard then found a lump on Molly's neck. 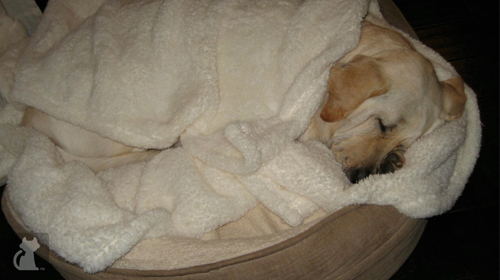 Shepard said, "We were afraid. We immediately thought cancer." As if Molly hadn't suffered enough, she went into surgery to have the tumor removed and biopsied. The cost of the surgery was paid entirely by good Samaritans and the Southern California Labrador Retriever Rescue. The tumor was cancerous but the vets believed they got it all out in time. By a miracle, she is now in remission. 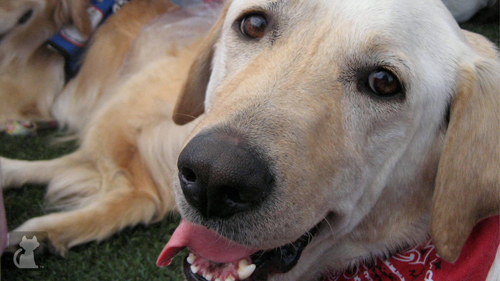 Three months later, the daily baths, ointments, medications and proper diet, helped to get Molly back on her feet, to a normal weight, and back to a nearly healthy condition. She was ready for a permanent home. 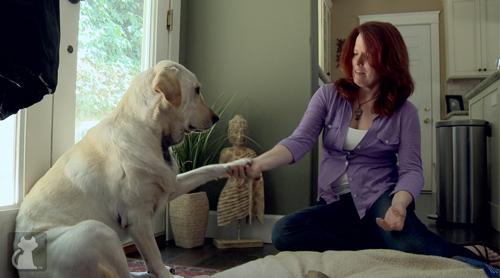 She found the perfect home with Anne and Michael. When the couple adopted Molly, they found a bigger purpose for her. They noticed how "at ease" people became just by being around the calming influence of Molly. 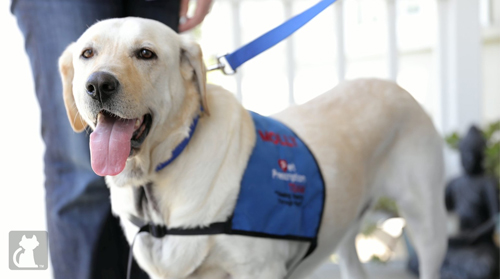 They immediately put her in therapy dog training. She excelled. It was as if Molly finally found her purpose in life. She had a calling. 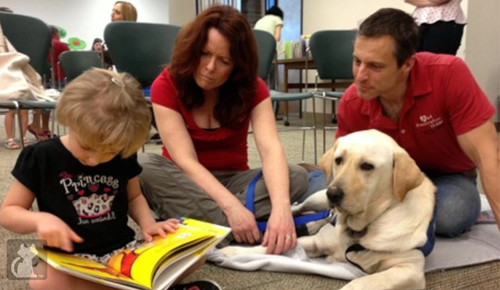 Today, the dog that survived neglect, abuse and cancer, has come back to tell the tale. Molly is now a certified therapy dog to cancer patients. Molly visits hospitals, memory care facilities, hospices, children's reading programs and she even works with vets. If nothing else, Molly is an inspiration to love life and to give back whenever you can. 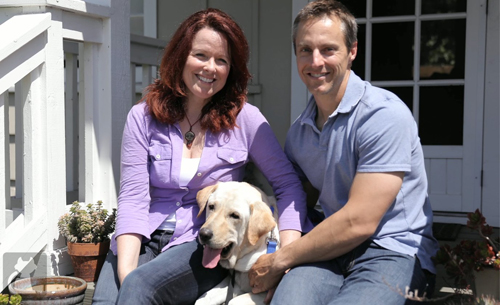