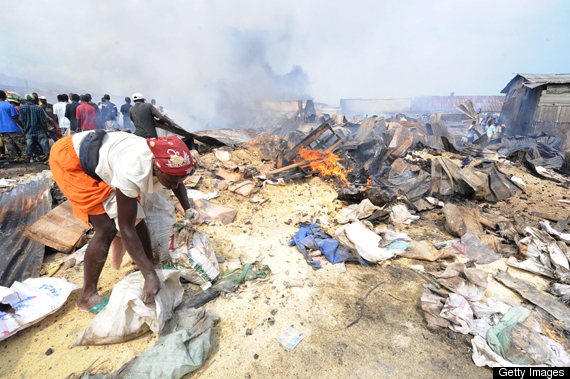 "It's a nightmare from which you never wake up," said a coordinator for Partners in Health in Port-au-Prince, referring to the January 12 earthquake and its social aftermath. The 'nightmare' has long roots in structural violence, the set of national and international systems and policies that have left the majority in Haiti (and the world) neglected and resource-poor. Survival in Haiti often balances on a razor-thin wire. The catastrophe which began with the earthquake has, for many, tipped the balance, sending them over the edge.

The tip can happen with a seemingly small, non-dramatic action: a family's house was damaged in the earthquake, so it moved elsewhere. But the new home is too far for Dieusel, who used to wash their clothes, to walk, and she has no money for the bus fare. She can't find anyone else wanting her services, as belts are tightening down the line. She earned about $4 a week before and, while it was always a struggle, she felt she had a reasonably good chance then of keeping her four kids alive. Now Dieusel has no more income with which to feed her children. She refers to their constant hunger as her 'Calvary,' a reference to the site of Jesus' crucifixion. Dieusel told me the above story on the same day that a driver told me about losing his job when his boss relocated to the U.S. after the earthquake. He, too, has been unable to find anyone else who can offer him a job. Similar stories are playing out across the nation with wearying repetition. Dieusel and the driver, and others like them, had no safety net before the earthquake, and today all bets are off.

Beverly Bell has worked with Haitian social movements for over 30 years. She is also author of the book Walking on Fire: Haitian Women's Stories of Survival and Resistance. She coordinates Other Worlds, www.otherworldsarepossible.org, which promotes social and economic alternatives. She is also associate fellow of the Institute for Policy Studies.