However, instead of offering a history less on women's suffrage, she pays homage in an unconventional way: by celebrating the hard-fought battles that allow modern women to ''Let their freak flags fly." For some, those flags are sex positivity.

While the sexual revolution wouldn't gather legs until the 1960s, the suffrage movement allowed the 'personal' to become 'political,' and the striking piece serves as a reminder that without the struggles of Anthony, Bloomer, Stanton and so many more, women would still be relegated to a double-standard of opportunity and sexuality. 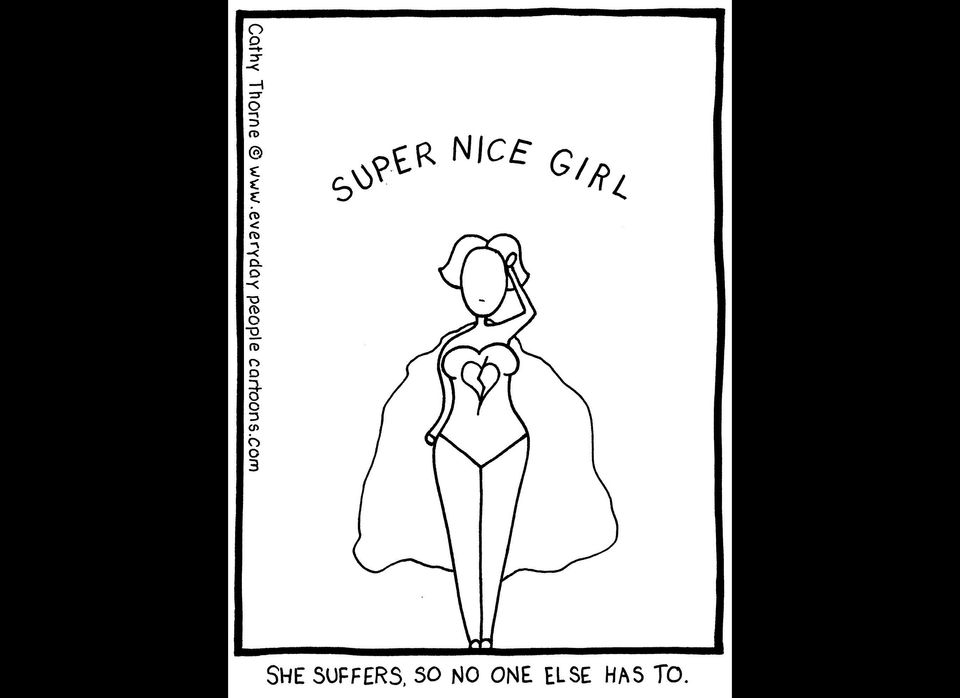 1 / 14
What Is a Nice Girl?
An adult woman who behaves in ways that she was taught during childhood were appropriate for little girls. Nice girls suffer from "the disease to please" -- they put their needs behind everyone else's.