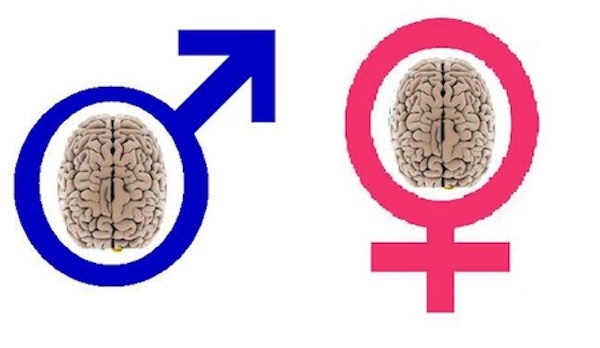 Would girls really opt for pink (a color considered highly masculine up to the 19th century) and boys veer towards the Lego aisle if the world didn't continually tell them they were hard-wired to do so? The nurture/nature debate is as old as the sexual differences that spawned it, but with two young children of my own (one boy, one girl) who seem to conform to gender type in spite of my encouraging them to make their own choices, I have begun to wonder just when (and why) sexual differences persist. And having tracked down the world's expert in what makes boys different from girls, Professor Simon Baron-Cohen, Lady Geek was not short of questions.

I have a five-year-old boy and a three-year-old girl, and despite raising them the same way, they've turned out completely differently. How can you explain this?

In tests, on average boys show more interest in games like Lego, and girls are more interested in dolls, acting out social stories where they inject emotions and thoughts into the plastic figures. Lego is just one example of systemizing; this is the drive to build or analyse a system, which is simply anything that follows rules or patterns. So you are looking for consistent repeating patterns, and boys on average seem to show a stronger interest in systems, whereas girls develop social skills more quickly. I talk about this in terms of empathy, which is the drive to identify (and respond to) someone else's thoughts and feelings. The systemizing/empathizing theory is a new model for characterizing typical sex differences.

At school I hated science but loved drama and languages. Does this make me an "empathizer?"

These profiles don't describe all boys and girls, and you can't pre-judge the type of mind an individual has just by their sex. Whenever we try to profile people, we use a range of measures, not just what toys you liked or what subjects you enjoyed, but it does sound like you had a natural tendency to be drawn to people, rather than to the mechanical.

So how should we approach the differences in the sexes? Should we challenge them or accept them?

Well, these are tough decisions. In general it's good to give children as wide a choice as possible, and there is no harm in encouraging children to play with "typical" toys for the opposite sex. But whether we should be trying to change children is a more ethical decision; I think we should be supporting a child's interests, whatever they are.

I spent most of my life working in big corporations. The typical male executive believes himself to be an expert in almost everything -- I was once on the receiving end of a lecture on wind-surfing from a man who'd hardly ever been near a beach. Where does this confidence come from?

We know less about self-confidence in boys and girls, but we can speculate that someone who is good at systemizing can analyse a novel system that they've never experienced by analysing the parts, whether it's mathematical or wind surfing. If you've got good systemizing skills you can apply them to systems you aren't familiar with, and look for patterns.

Fewer than 20 percent of the people who work in technology are female. How much of this is biological imperative, and how much is due to a culture which assumes that this is simply a male profession?

You might imagine the ideal ratio would be 50-50, but it may be that men and women have different interests, so maybe we'll never arrive at that equal sex ratio. But we should still encourage women to enter technology, especially if that is their natural aptitude, and though they are a minority, there are women with a tendency to systemize. Inspiring children at an early age is key, and perhaps we need to put technology in a more social context. We've seen how the computer can take on a whole new meaning when you look at it as a social medium, not just a mechanical one.

So you do still think that hormonal differences are key and it isn't all about social conditioning?

Well, we've been trying to go a bit deeper into what might give rise to sex differences in behaviour and in the mind, and we've been looking at the hormone testosterone. Male foetuses produce ten times as much, and animal research suggests this hormone influences the way the brain develops. We've asked women who have amniocentesis (when a needle is introduced into the fluid which surround the baby during pregnancy) if we can test the fluid for levels of testosterone. We've found that the higher the level of testosterone, the stronger the child's later interest in systems, and the lower their interest in empathy and people. But science does not yet have all the answers -- we need more research!

Much of your research concerns the topic of autism which you've described as an extreme end of the empathizing-systemizing scale. Why is it that a mind that's so good at understanding complex systems could be so poor at understanding other people?

While sytsemizing is all about spotting predictable and repeating patterns, in the case of empathy, there is much less predictability. It's much harder to systemize the world of the emotions, or the world of people, whereas with a computer, for example, pressing the same keys should always get the same result. People with autism flourish in domains where the information is consistent and predictable, and struggle most in domains where the information is ambiguous and unlawful.

You have launched a new charity to raise awareness about autism. Can you finish by telling me a bit more about it?

Well, we are doing research at the Autism Research Centre in Cambridge, and recently a charity was set up to support our research, the Autism Research Trust. It exists to support basic research into the causes of autism, as well as applied research, looking at what new methods might be helpful for people with autism, in terms of education and intervention as well as diagnosis.

Simon Baron-Cohen is Professor of Developmental Psychopathology at Cambridge University and the Director of the Autism Research Centre. His study into autism has led him to develop the "systemizing/empathizing" theory to help explain the differences between the sexes.

@belindaparmar is the founder of @ladygeektv. Please join the Lady Geek's campaign to end the stereotypes and cliches when talking to women in the tech industry http://www.facebook.com/LadyGeekTV