Many studies link too much sugar to serious illness.

A detailed look at the risks of too much sugar appears on BerkeleyWellness, online health and nutrition information from experts at UC Berkeley.

If you watched infomercials in the 1990s, you might remember "Stop the Insanity!" -- a weight loss campaign featuring the spiky platinum-haired Susan Powter, who exhorted followers to eat as much as they wanted, as long as they avoided fat. "Food doesn't make you fat, fat makes you fat!" was her high-decibel slogan. An entire industry of low-fat or no-fat snack foods followed. (Remember Snackwells?)

No, argued low-carb diet advocates like Dr. Atkins: The demon was not fat, but carbs. Legions of people began eliminating bread and pasta from their diets and chowing down on steaks and bacon.

Today, the food item raising alarm bells is sugar. "Sugar is poison! Sugar is toxic!" declare many health gurus. Everyone's talking about eliminating refined sugar from your diet. It's enough to make you want to knock that piece of birthday cake out of your child's hand and yell, "Duck and cover!" 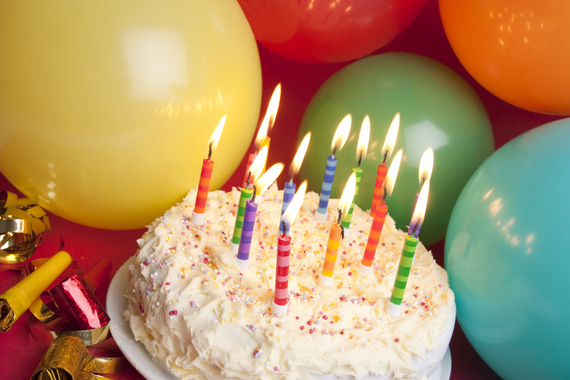 But is sugar really that bad? No -- and yes.

The World Health Organization recommends no more than 10 percent of your calories come from sugar -- and ideally no more than 5 percent. That's just 100 to 200 calories a day -- six to 12 teaspoons -- or 25 to 50 grams. (That's added sugars, remember: The natural sugars that are found in whole fruit, vegetable and milk products are just fine and don't need to be counted.)

For comparison's sake, a "serving" of Oreos -- three cookies -- has about 14 grams of added sugar. So you could eat three Oreos a day and be well below the recommended daily limit for added sugars. But the problem is that added sugar is sneaking into our diets in a lot of places we wouldn't necessarily expect it, like lunch meats, salad dressings, meat sauces, wheat breads, and "diet" frozen meals.

It's clear that Americans eat way too much processed food, and the people who are processing that food for us are putting an enormous amount of sugar into it. We're consuming a lot more sugar than we ever have -- an average of about 355 calories a day in added sugars, research shows, or about three times more than we should be. 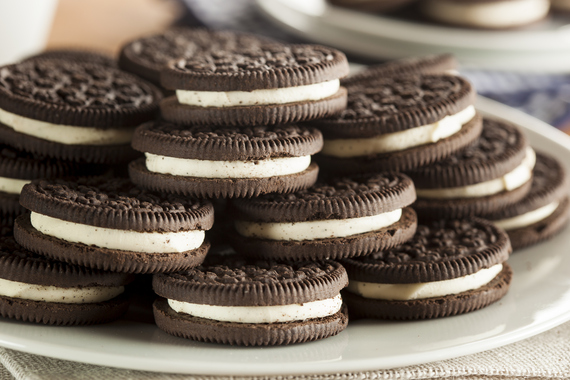 And there is now a large field that strongly suggests that this is not good for our health. So sugar isn't making you sick -- but too much sugar can definitely make you sick. Let's look at a few of the health consequences of eating too much sugar.

There's also a difference between added sugars and other food types -- such as carbohydrates and fats -- that have been the target of diet and health campaigns in the past. Our bodies need fat and carbohydrates. They are nutrients that our body can use. Our bodies don't need added sugars. They give us energy, but we can get that in a lot healthier forms.

I'm not big on demonizing foods. I don't want you to finish reading this blog and think, "I can't ever put sugar in my coffee or eat a cookie again!" Instead, I want you to think more carefully about how much added sugar is in your whole diet. Read labels -- and not just the ones on packages of cookies or ice cream. Any food that comes in a package that wasn't designed by nature may well have added sugars. 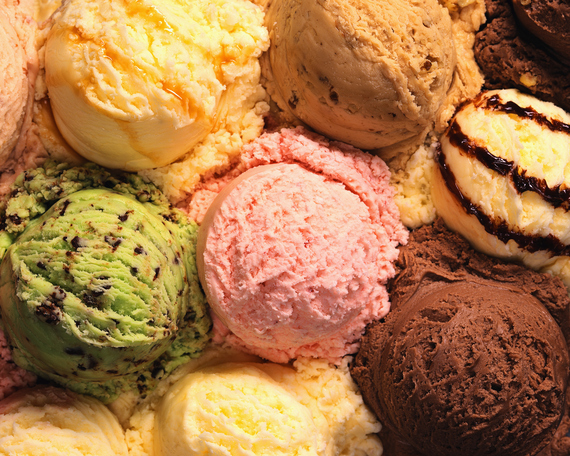 Deciphering all this is a bit challenging, because right now, nutrition labels don't have to distinguish between naturally occurring sugars and added sugars. They're all lumped together.

How are you supposed to know how much of the sugar in your yogurt comes from the fruit it's made with, and how much is added sugar? The Food and Drug Administration is now in the process of finalizing a rule that will require food manufacturers to list added sugars separately, and note their percentage of recommended daily intake. But it'll be awhile before that happens. In the meantime, look for other clues -- like the words "no added sugar" on the package -- and use your head. Some of the sugar in a package of applesauce is probably naturally occurring. Those Chips Ahoy? Not so much.

As the Renaissance doctor Paracelsus said, the dose makes the poison. We're eating too much sugar. It's not a poison, but too much of it will act like one. If you want a dish of ice cream or a cookie now and then, go ahead and have that ice cream or cookie -- but keep a watchful eye on your whole diet. As long as you're eating mostly whole, unprocessed foods, you'll easily stay below the amount of free sugar recommended for good health. Now that's pretty sweet.