PHILADELPHIA — Six years after the state Legislature legalized gambling, Philadelphia is set to become the largest U.S. city with a casino.

The opening Thursday of SugarHouse Casino, Pennsylvania's 10th casino, comes after years of community protests and delays. Now, casino officials expect thousands of gamblers to attend the first official day of business at the casino's 1,600 slot machines and 40 table games.

"We can't wait to welcome all the players," said Wendy Hamilton, general manager of the casino on the Delaware River waterfront. "The fact that this was a four- to five-year process, it makes it all the more exciting."

The casino conducted test runs of its games on Monday and Wednesday, with the proceeds going to charity. It is scheduled to officially open to the public around 1:30 p.m. Thursday, after getting a final go-ahead from the Pennsylvania Gaming Control Board.

Board Chairman Gregory Fajt said he's excited about finally getting SugarHouse off the ground after all the delays, caused mainly by litigation from community protesters, government agencies and disgruntled bidders.

"There was a lot of litigation in Philadelphia that we did not have in other parts of the state," Fajt said. "The public has to understand that these delays were not the result of the developer getting cold feet."

The protesters haven't gone away. The grass-roots group Casino-Free Philadelphia is planning protests on the opening day and beyond as it tries to hurt business at the facility in the city's Fishtown/Northern Liberties neighborhood.

Dan Hajdo, a spokesman for the group, said members will gather outside the casino before the ribbon cutting and unveil a mural depicting how they think the waterfront should look - without a casino.

After the casino opens, Hajdo said, the group plans to have volunteers regularly patrol the area in search of problems such as alcohol violations or kids being left in cars while their parents gamble - in hopes of shutting down SugarHouse.

The status of the second casino planned for Philadelphia remains in flux.

The Pennsylvania Gaming Control Board's enforcement division is working to revoke the license it issued to Foxwoods, which doesn't have the money to build right now, board spokesman Richard McGarvey said. Foxwoods has faced daily fines since failing to meet a December deadline to provide information about its financing, design and construction.

But for now, state officials say they're happy to be moving forward with at least one Philadelphia casino, which is expected to create about 850 jobs.

So far, casinos have generated $4.3 billion in tax revenue across the state, with about 60 percent of that going to property and wage tax reductions, Fajt said. In Philadelphia, the city will get 4 percent of SugarHouse's gross revenue.

"It's going to be a real benefit to the city," he said. "They're going to be able to use that money however they want to use it." 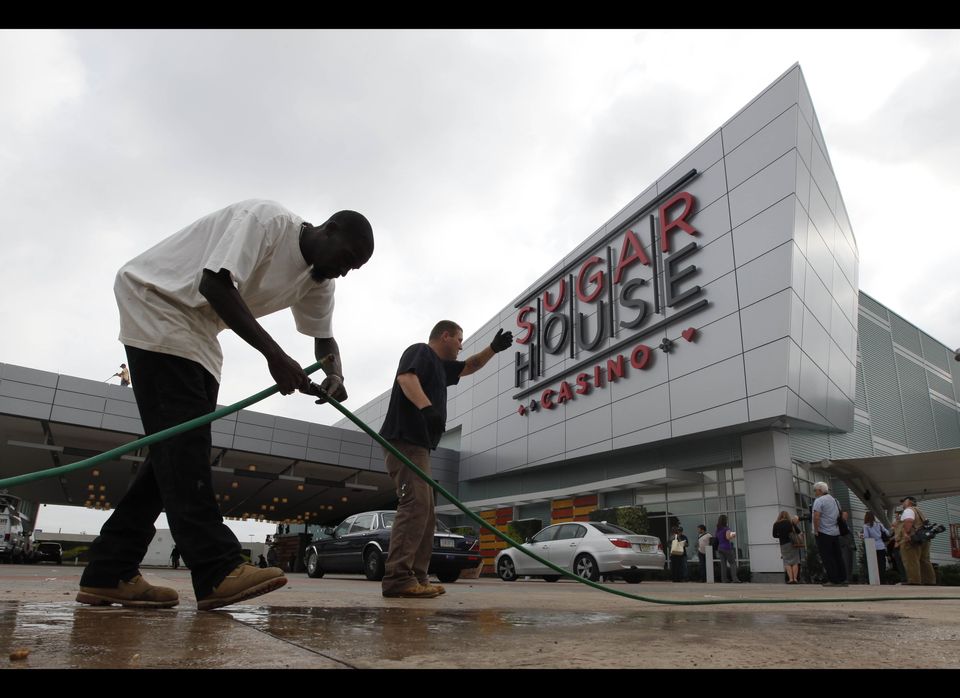 1 / 6
Workmen are seen outside the SugarHouse Casino in Philadelphia on September 16th. Six years after the state Legislature legalized gambling, Philadelphia is set to become the largest U.S. city with a casino. <em>AP Photo/Matt Rourke, File</em>
AP