When Dr. Kirsten Bibbins-Domingo entered medical school in 1995, only one in ten teens had the beginning signs of diabetes. Now, 19 years later, one in four teens are at high risk of developing diabetes. As an internist at University of California, San Francisco and a researcher on diabetes prevention, Bibbins-Domingo is alarmed at how fast diabetes rates are rising in the general population, and how young people are when they first develop the disease.

The culprit? Too much sugar. And Bibbins-Domingo is part of a new initiative at UCSF called SugarScience. The project, a collaborative effort with researchers at University of California, Davis and Emory University School of Medicine, is a public health campaign backed by more than 8,000 scientific papers on how sugar affects our bodies and contributes to conditions like diabetes (which can cause blindness and the need for amputations), stroke, heart attacks and tooth decay, to name a few. The new site says SugarScience aims to be "the authoritative source for the science about added sugar and its impact on our health." 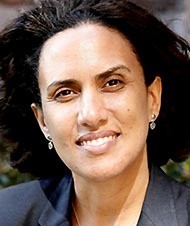 In an interview with the Huffington Post. Bibbins-Domingo talks about simple ways to cut added sugar out of our diets but also explains why it’ll never be possible to completely cut it out of our lives.

First of all, what do you mean by the word “sugar?”

Sugar is a broad term used for a variety of types of sweeteners. There are probably 61 different ways in which sugar can appear in foods we eat. There are several different nuances in the biology for the way each of these sugars are metabolized. The important thing is -- and the reason why we named this “SugarScience” -- is that collectively, we’re all eating far too much of this whole group of sweeteners and its contributing to chronic diseases.

Do you consider bread (and other refined carbs) to be sugar?

I think that there are a variety of different ways we’re consuming sugars. If we look at reducing added sugars in the diet, that’s been the focal point when we’ve thought about the ways in which we can reduce the amount of sugar in our diets. Obviously, many things ultimately are metabolized to a compound that is sugar [like bread], so it is impossible, of course, to eliminate all sugar from your diet if you take it down to whatever it is metabolized to. For most people, this comes down to, how can we understand the increases in the added sugars in our diet?

Infographic from SugarScience. Story continues below. 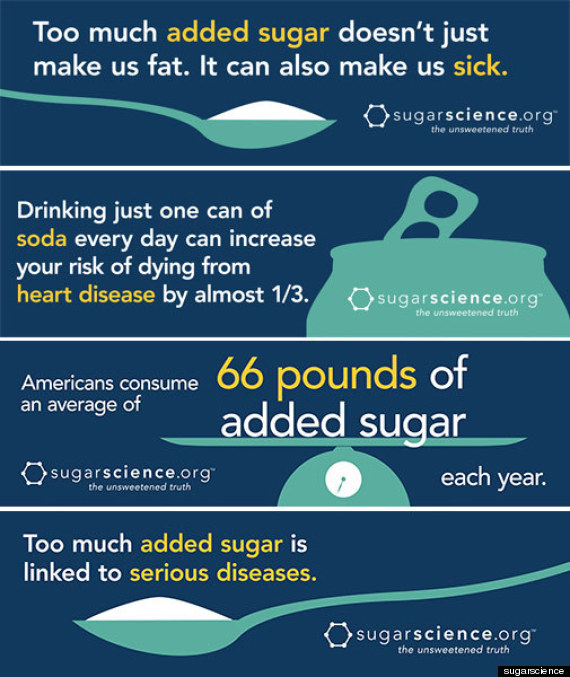 Everyone talks about soda as an example of an added sugar that you think we could cut out relatively easily. But we all know soda is unhealthy. Why do you think that's still the message?

About a third of sugar that we consume comes from sugary beverages. There have been many, many recent initiatives about how to regulate or tax it, but many people have asked, “Why should we be demonizing one particular food?”

But I think it isn’t a question of demonizing, it’s about what’s the most practical way that one could reduce sugar in our diet. If a third of the calories that we consume comes from these sugary beverages, an easy way to cut down on added sugar is to reduce those in one's diet. And sugary drinks have no added nutritional value -- they are just a source of sugar in the diet. That’s one easy way [to cut out sugar].

So let’s say you’ve cut the sugary beverages from your diet. What’s the next step after that?

I think the next step is to be aware of where the sugar exists in the diet. One thing I’d like to advocate for with my patients is to think about eating more fruits and vegetables. Fruits and vegetables have been shown time and time again to be an important part of a healthy diet. So rather than eating sweetened yogurt, think about having yogurt that is unsweetened, but adding fruit to it.

Think about whether you want to eat foods that are already presweetened or whether you eat unsweetened versions and add sweeteners yourself. Often times when we add sweeteners ourselves, there’s less overall sugar consumption than eating things that are already presweetened. Cereals are another common thing that can come in sweetened and unsweetened varieties. Those are the other areas I tend to focus on.

Lastly, I really try to emphasize that candies and cookies -- those types of things are special occasion foods, and they really are not everyday foods. While I would never tell anyone to not celebrate for a special occasion I think understanding that when those things become a large component of the diet, its probably not a healthy diet.

Why is it unrealistic to try to cut all sugar from our diet?

First of all, we need sugar in our diet, and the American Heart Association has a recommended amount. [Editor's note: AHA recommends that American women eat no more than 100 calories per day of added sugar, while men get 150 calories. That's six teaspoons and nine teaspoons of sugar, respectively]. The problem is that American adults are eating, on average, three times that amount. We’re really out of whack with what’s recommended.

I would never tell anyone that we have to get rid of all sugar. Sugar is a substance that is a part of the way we exist and will always be part of our diets. But I think understanding how out of whack we are is the first step. The point is not to go immediately to dropping down, but to thinking about, What are those things in the diet that lead to us eating such high levels? Then taking a few discrete steps to try to bring it under control.

So sugar is in everything we eat -- are you talking about the natural sugars in fruits and vegetables and grains?

Exactly. The concern about sugar -- I would never tell anyone to stop eating the fruits they’re eating. But I would ask people to look at particularly the sugar in the processed foods that they’re eating. I would particularly ask people to look at the beverages that they’re drinking. Not to harp on the beverages, but one of our colleagues gave us this analogy: It would be hard to eat six oranges. But when you make it into juice, it becomes easier to consume what could have been a good substance, but in excess. I think that’s the big challenge behind the beverages. Even if they look like they’re natural beverages, [juices] are a way of consuming a large amount of sugar in a very concentrated, short period of time. It’s the reason they’re a little bit more insidious and a concern in our excessive sugar intake in our diet.

I want to emphasize that excessive consumption of sugar is the problem. It’s not something inherent in sugar. It’s the way we consume our sugar leads us to consume it in excess, which is linked to the chronic conditions we’re talking about. 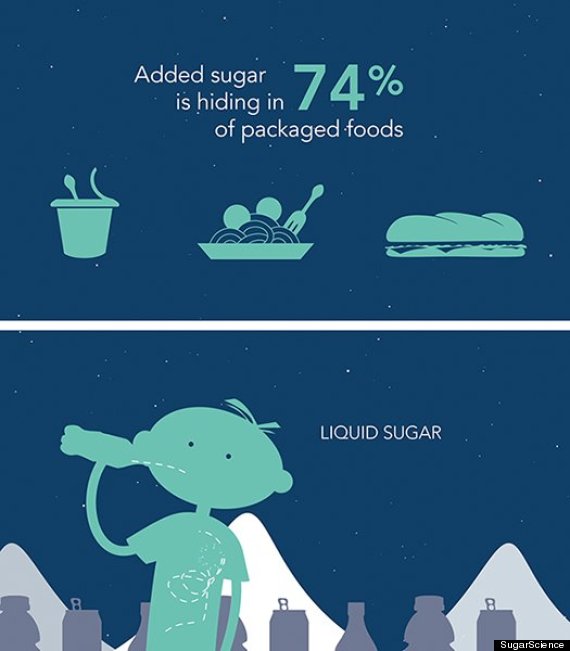 PHOTO GALLERY
Sugar By Any Other Name

If You've Already Cut Out Sugary Drinks, This Should Be Your Next Goal
Sugar By Any Other Name

1 / 10
Concentrated Fruit Juice
This is often named by the actual fruit, such as apple or pear. As Popkin explained, China's apple crop has emerged and overtaken Caribbean cane sugar as a popular imported source of sugar in consumer goods. Because fruit has lower and fewer tariffs than sugar, it's cheaper to import, he says. What's more, 'concentrated fruit juice' sounds healthier and more natural than high fructose corn syrup or other sugar syrups. "It's still all sugar," Popkin says.