LOS ANGELES, May 27 (Reuters) - Rap mogul Marion "Suge" Knight refused to leave his jail cell to attend a court hearing on robbery charges on Wednesday, saying he was ill, and a judge vowed to have him forcibly extracted if he did so again, a court spokeswoman said.

The Los Angeles Superior Court hearing for Knight, 50, was postponed until Friday because of his failure to appear in court, the spokeswoman said.

Knight, the co-founder of influential hip hop label Death Row Records, is charged with robbery and making a terroristic threat in connection with the September theft of a camera in Beverly Hills. He has pleaded not guilty.

The music executive is charged in a separate case with murder and attempted murder stemming from a hit-and-run at a hamburger stand in the Los Angeles suburb of Compton.

Knight is accused of deliberately running over Terry Carter, 55, who later died, and another man with his pickup truck following an argument on the set of a commercial for the film "Straight Outta Compton." He has pleaded not guilty in that case as well.

If Knight is convicted at trial in the hit-and-run case he faces a mandatory sentence of 25 years to life in prison.

He has previous convictions from 1997 on two counts of assault with a deadly weapon, according to court documents. (Reporting by Dan Whitcomb; Editing by Sandra Maler) 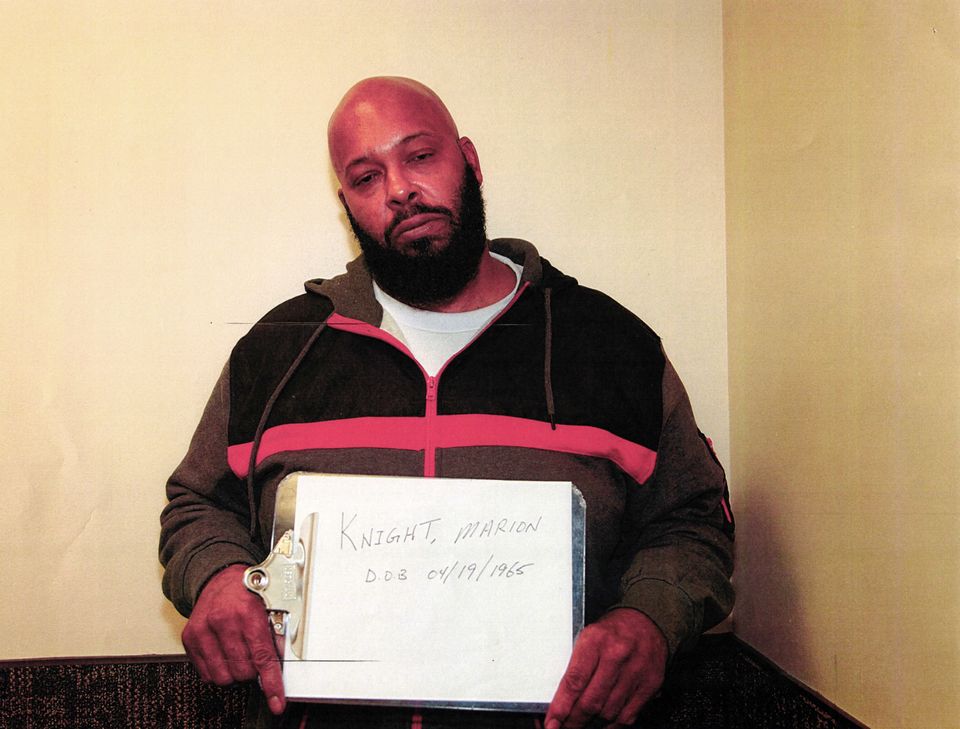 1 / 20
People Suge Knight
This evidence photo by the Los Angeles County Sheriff's Office, released by Los Angeles Superior Court, is one of a series of photos showing Marion "Suge" Knight after his arrest after an altercation in which his vehicle struck two men in Compton, Calif., on Jan. 29, 2015. One man was killed, the other injured. Officials took these photos to show Knight's physical condition after the incident. The photos have been entered into evidence in the court proceedings. (Los Angeles County Sheriff's Office/Los Angeles Superior Court via AP)
ASSOCIATED PRESS