Are you a folder or a roller, a planner or procrastinator? Do you make lists or toss items into a bag at the last minute and hope for the best? Cheapflights.com surveyed more than 1,000 Americans on their packing preferences and the results may surprise you.

If you think you're a good packer, you're in good company. Eighty-one percent of Americans surveyed believe they're good at packing. But what does that really mean? List making, laying out clothes and weighing luggage before you head to the airport, or waiting until the last minute, skimping on skivvies and hoping your bag doesn't bust the scale?

Are you a (Holy) Roller, a classic Over-Packer or a Carry-On Connoisseur? Regardless of your packing personality, one thing is certain--you're not alone. Read on to find out how your packing habits stack up.

Know when to fold'em 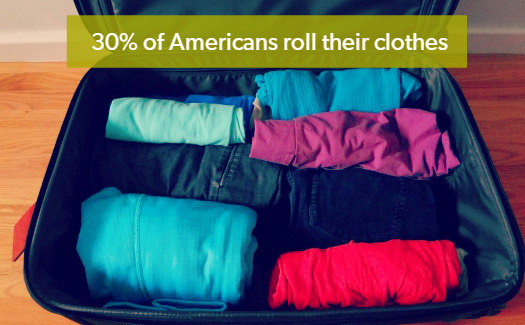 Turns out 70 percent of respondents choose to fold their clothes rather than use the rolling method, which many believe saves space. More men (72 percent) are folders than women (68 percent), meaning only 28 percent of men and 32 percent of women surveyed roll, roll, roll their clothes.

To plan or not to plan? 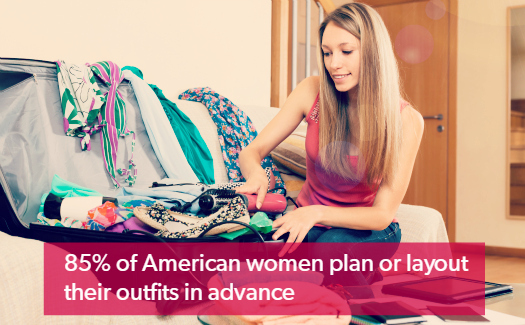 77 percent of Americans plan or lay out their clothing when prepping for a trip. It may not come as much of a surprise, but 85 percent of women cop to coordinating outfits in advance, while 68 percent of men admit to doing the same.

Start your trip on the right foot 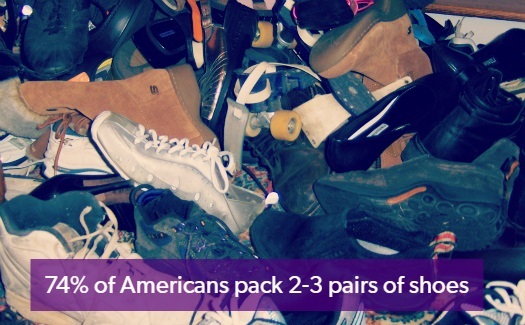 Photo: Joe Shlabotnik, Pile of shoes via Flickr CC BY 2.0

Overpacking is often a problem when deciding what to bring on a vacay. Fifty-five percent of those surveyed admitted they don't typically wear everything they pack. As a general rule, if you don't wear it while you're home, you probably won't wear it on vacation. This rule often goes for shoes, too. Unless you're an avid runner or know you'll use 'em, consider leaving the workout sneakers at home. Same goes for uncomfortable heels. While 74 percent of Americans pack two or three pairs of shoes for a trip, 22 percent of men (and 12 percent of women) only pack one pair. Seems ambitious, but we respect the effort!

Can you spare a pair? 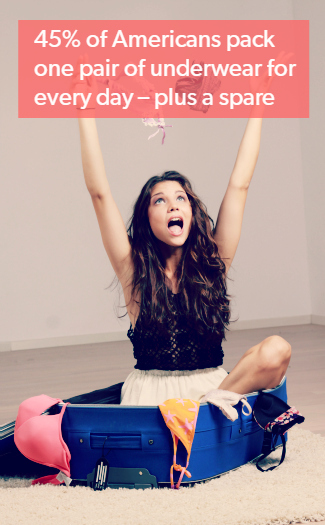 When it comes to underwear, 45 percent of Americans are on the same page, packing a pair a day plus a spare. While 17 percent are a tad overly cautious, packing double as many pairs as days on the trip, nearly 8 percent wing it and throw caution (and hygiene) to the wind, bringing as many pairs as they happen to throw in their suitcase. 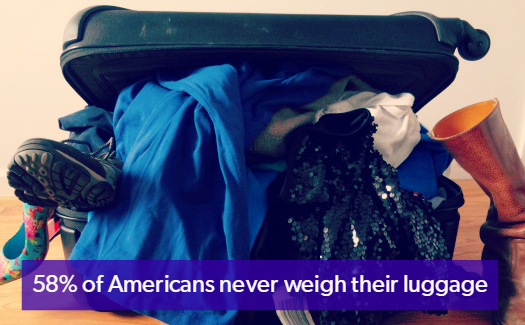 While Americans may be guilty of overpacking, they're also most likely to shoot for fitting everything in only one carry-on. 57 percent of those surveyed make it their mission to avoid checking a bag. Those 81 percent of Americans who believe they're good at packing may just be right -- 58 percent are so confident in their abilities that they never consider weighing the luggage they plan to check before heading to the airport, and 69 percent consistently stay under the weight/size limitations for checked bags. A tip of our hat to those savvy packers!