The shops are flooded with Halloween merchandise, that dreaded clothing store has already put on the Christmas tunes, but Mid October means one thing to me -- It's the start of conference season!

Over the next two months, I will be talking at 3 conferences, while I should be attending 20, plus 4 round-tables.

This is also the point where I look at my wardrobe and realise nothing fits anymore. I'll be living out of suits for the next 8 weeks, therefore its shopping time (this really shouldn't make me so happy). I therefore thought it would be interesting to share my new wardrobe for the next few months (or massive wallet destroyer, if you prefer).

The Suits
I'm a little addicted to the gym, however with the constant 'cutting and bulking' process I'm going through, this leaves my suits in an annoying position of either feeling too large or too small. I guess I have no choice but to go out and buy another four suits (don't judge me).

I decided on two blue suits (my favourite colour), a black and a grey one. I've slowly moved away from black suits, as it is very easy to inadvertently look like a limo driver or a funeral attendee.

I bought them all online at Dobell's, as they had a great sale on and it already looks like I'm going to be breaking the bank this month. I also got a bowtie from Dobell's; sure I didn't need it, but I've never owned one and it felt like the right time. Admittedly, I always thought my first one would be a spinning bowtie, but that one will have to wait...for now. 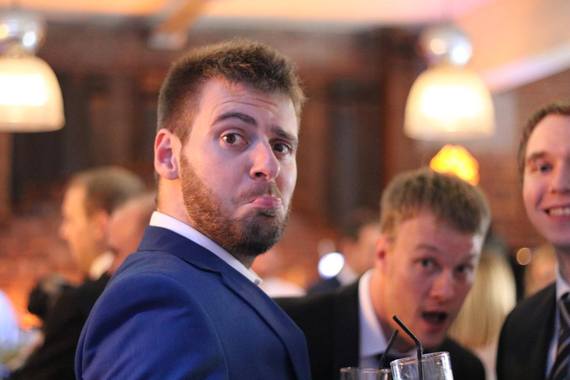 Yep, I apologise for the picture, but I have a tendency to pull a stupid face the moment the camera goes off!

Shirt
I already had about 5 nice shirts, however I wanted to buy another 5, so I could loop them on a weekly basis (just enough time to wash and dry them).

I bought three shirts from Debenham's, not somewhere I think I've ever been before, but they had a great deal going on (thanks Seb for the recommendation). I had a prior image of this department store as somewhere only visited by middle class old men on the hunt for some slippers, but the clothes available were actually really nice, hats off where it's due!

I then decided to buy a couple of really nice shirts, so I was then led to We Are Gntlmen. There penny farthing logo added a traditional and classy style, while the brown buttons clashed nicely with the white of the shirt. I was instantly sold! 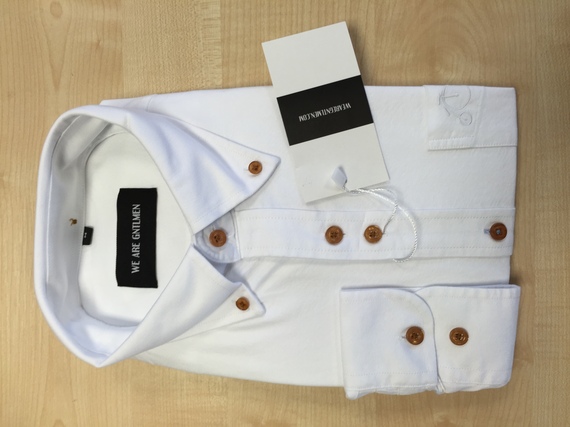 Shoes
I did own some black shoes already, which worked quite well with the grey suit, however they didn't look very good with blue. I therefore began frantically searching through Google for what shoes would work best with a blue suit.

Two colours which stood out to me were brown and blue, so I set about hunting down some nice brogues. Lo and behold, Justin Reece entered my life. I got some Pedro Navy blue shoes, which perfectly linked up with the colour of the trousers. 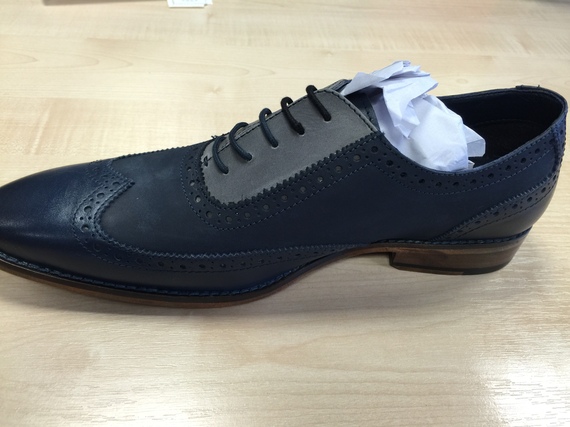 Watch
The next accessory on the list was a nice watch. My Pokemon watch amused me, but it felt like the right time to put this in the 'casual dress code' pile. I haven't actually bought a watch since I was around 23 years old (6 years ago for people who don't know my age). I was therefore a bit clueless where to start. I went down to a watch store in Brighton, but the prices were around £200+, which seemed ridiculous.

I wanted something nice, but didn't want to break the bank (a continued trend through this piece), which led me to a great black and golden watch I ordered through Lord Time Pieces. I haven't stopped staring at it since I got this, it is mesmerising! 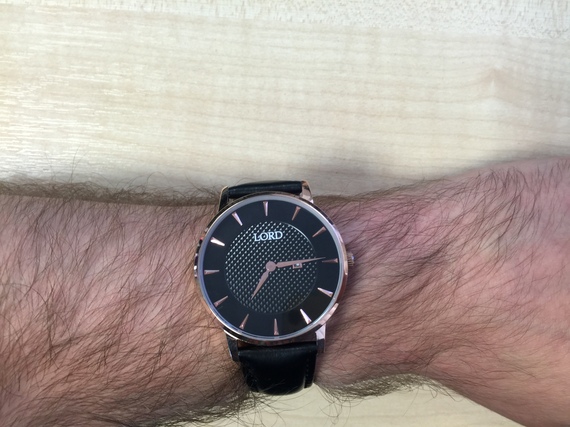 The Final Bill
The final cost of all these items was £600. It's a hefty investment, but how can you put a price on looking and feeling great (well, I just did, but ignore that). It's all a psychological confidence booster, as I get terrible stage fright, but it also helps to make a strong impression on the people around me (the power of the suit is immense).

So wish me luck, my first big talk will be on the 26th October, yikes!