Known simply as "Sully", the captain of what has been dubbed the "Miracle on the Hudson," Chesley B. "Sully" Sullenberger, III became a household name after he famously saved the lives of 155 people aboard U.S. Airways Flight 1549 by successfully ditching the airplane in the Hudson River after it was disabled by a flock of geese.

At age 60, he is now the author of Highest Duty, a memoir of his life and of the events surrounding Flight 1549, and was ranked second in TIME Magazine's Top 100 Most Influential Heroes and Icons of 2009. The aviation safety expert and accident investigator who also is the founder and chief executive officer of Safety Reliability Methods spoke with Huff/Post 50 about his biggest accomplishments and regrets.

What's the one thing you know now that you wish you knew when you were growing up?
That I would be able to continue to grow so much and become, essentially, a late bloomer. Ironically, after four decades of lifelong learning, professionally and personally, I suddenly became an internationally-recognized public figure.

Now that you're over 50, what's the one rule you feel you can break with impunity?
Letting others define you.

What is the riskiest thing you've done in your life since you've turned 50?
I considered appearing on a reality television show – as if landing an airliner on a river wasn’t risky enough!

What ignites your creativity?
Going for a run. A change of scenery, especially outdoors, literally widens one’s perspective and frees the mind.

What social or political cause are you most passionate about?
That more of us could realize the promise of the American Dream. I have also been involved in issues of aviation safety for decades, and I now have a greater voice to be an advocate for things I’ve cared about my whole life.

What is the best advice anyone ever gave you?
It’s not what happens to you, but what you do with it that defines your life.

What is your biggest regret?
Spending time on things that ultimately didn’t matter.

What is your biggest accomplishment?
Our daughters.

If you could say one thing to the next generation, what would it be?
Care a lot, and pay attention along the way.

If you could reincarnate as anyone or anything, what or who would it be?
An explorer - the first to reach the next frontier.

Sully Sullenberger On His Passions, Regrets, And The American Dream 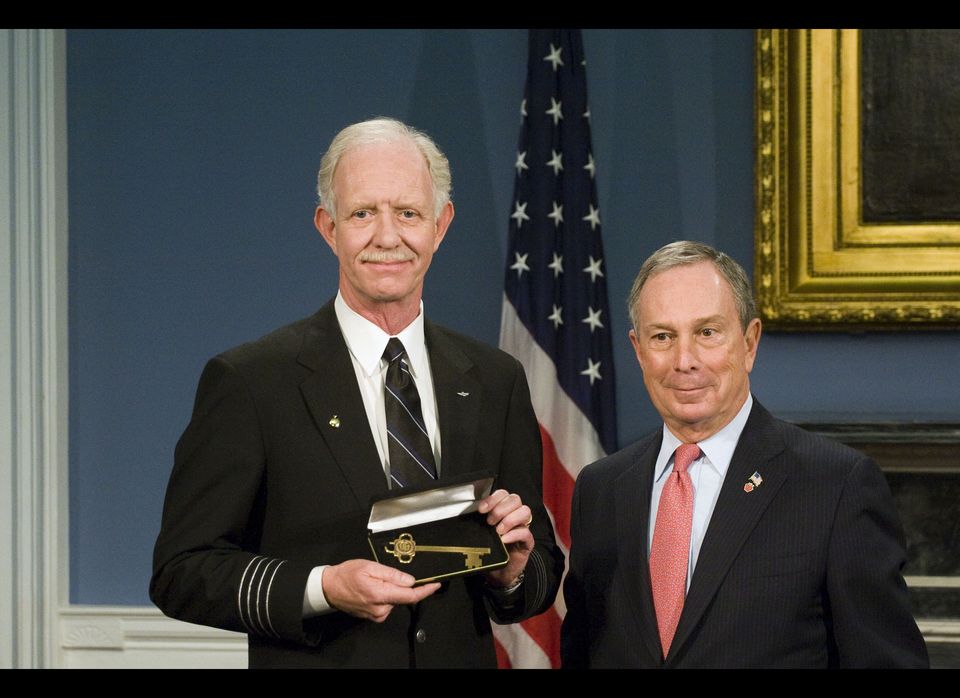 1 / 10
Presented With Keys To New York City
NEW YORK - FEBRUARY 9: Pilot Chesley B. Sullenberger (L) of US Airways Flight 1549 holds up a key to city at City Hall, where Mayor Michael Bloomberg (R) presented him and his fellow crew members keys to the city, on February 9, 2008 in New York City. Sullenberger executed an emergency landing on the Hudson River on January 15, saving all the passengers on board.
Getty