With as few as 400 Sumatran tigers left in the wild, zoologists at the Chester Zoo in the U.K. were thrilled when five-year-old Kirana gave birth to three baby cubs on Oct. 21.

On Tuesday, the mother of three brought the tiger cubs out of her indoor enclosure for the first time, according to The Sun.

Check out the slideshow below for some awww-inspiring photos of the Sumatran tiger cubs.

In addition to being adorable, these baby tigers represent one of the last chances for the species.

"It's estimated that there are just a few hundred left in the wild and only around 7% of their original habitat remains, which is why these triplets are so, so important," Tim Rowlands, the zoo's curator of mammals, told Sky News.

At this point in their development, the cubs are still too small to have their sexes identified.

In June, Kirana gave birth to the zoo's first tiger in 23 years. However, zoo officials were shocked when the cub was found dead just 11 days later, according to The Sun. 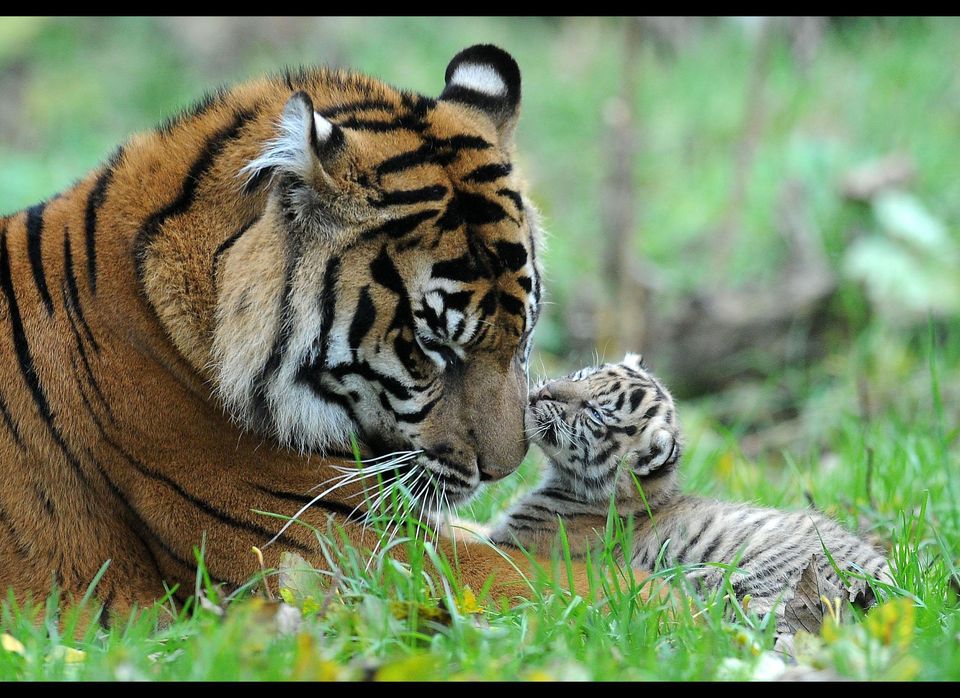