With summer around the corner, vacation planning is at the top of many Americans' to-do list. Probably right behind "save money for a summer vacation." Luckily, getting away this summer doesn't have to break the bank. Airfare prices heading into the summer travel season are at a five-year low.

We took the 50 most popular destinations so far this year on Cheapflights.com, jumped into the way-back machine, and compared the average airfares our users found to airfares found for those destinations from January through April of each year for the last five years. 2016 was the hands-down winner with the lowest average fare.

While it's great to know airfares are lower in general, it's even better to know which specific destinations are looking like particularly good deals. So we dug a little deeper. Here are the 10 destinations (five domestic and five international) where average flight prices have dropped the most, by percentage, versus this time last year. The prices our users have found to these destinations this year are down 25 percent or more over the same period last year. Best of all, these spots are all great vacations waiting to happen. 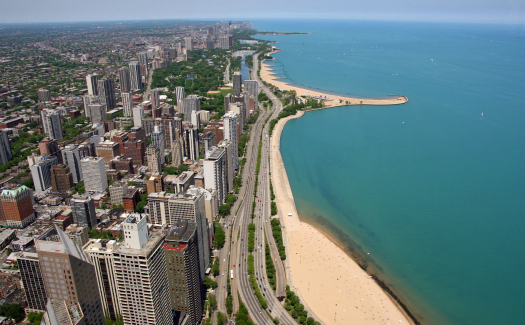 Fly into Chicago-O'Hare International and save this summer - airfares are down 41 percent compared with last year. But that's hardly the only reason to head to the Windy City. Chicago boasts multiple free festivals this summer, including the Chicago Blues Festival in June and the Chicago Jazz Festival held Labor Day weekend, among many other must-see events. Pop culture enthusiasts should also be sure to grab some grub at the summer-long "Saved by the Bell" pop-up diner in Wicker Park, "Saved by the Max." 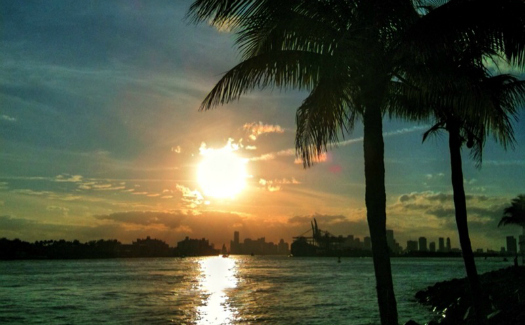 Florida has always been a popular summer travel destination for all ages and interests. From family-friendly Disney World to the vibrant nightlife of Miami, there is no shortage of summer adventures to be had in the Sunshine State. And those looking for a Florida vacay this summer are in luck. Four airports in the state have seen big average airfare drops this year: Southwest Florida International (serving Fort Myers and the Florida Gulf) is down 35 percent, Orlando International is down 32 percent, Fort Lauderdale/Hollywood International is down 32 percent and Miami International is down 25 percent, making all four great options for summer 2016. Head to Disney, enjoy the Southern Florida sunshine, party in Miami, relax in Fort Lauderdale or, perhaps, all of the above. 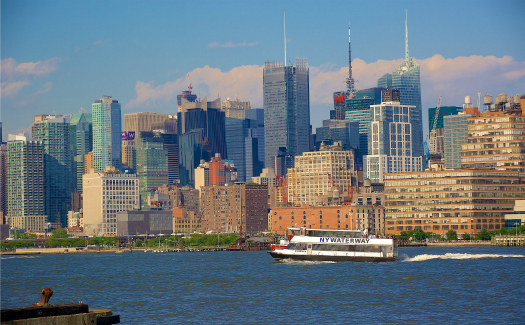 Image: Todd Crusham, A look across via Flickr CC BY 2.0

Some big airfare drops for flights landing at LaGuardia look to be making the city that never sleeps a perfect city getaway. With airfare down 31 percent compared with last year, there is no better time to explore Central Park in all its summertime glory, and take advantage of a number of free events. The Annual Museum Mile Festival happens in June, opening up Museum Mile to the public for free. Soak up the culture (and the sun) and then take in Shakespeare in the Park, also free. Plan ahead as lines for tickets can get long. If the Bard isn't your bag, NYC also offers free outdoor movies throughout the city. 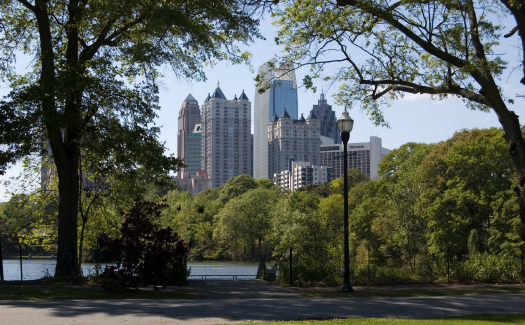 Keeping your cool in Hotlanta this summer is a breeze and starts with low-cost flights to Atlanta International - down 28 percent compared with last year. Once there, check out free weekly rock concerts in Piedmont Park every Sunday throughout the summer. You can also explore off-the-beaten path Atlanta attractions such as June's Helen to the Altantic Balloon Festival or the Chattahoochee Nature center Butterfly Festival. When you're through, quench your thirst during "Sips in the City" with downtown Atlanta restaurants offering beer and cocktail specials every weekday from 4 to 7 p.m. 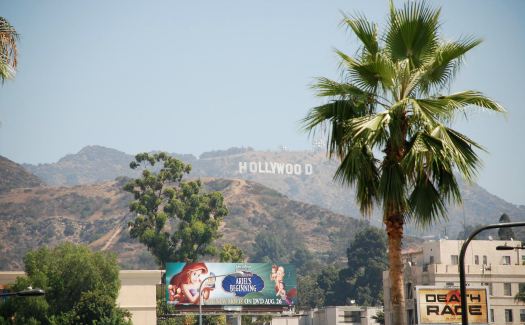 There is no shortage of things to do in Los Angeles. From the iconic glamour of Hollywood to the laid-back vibe of Santa Monica, a summer vacay on the West Coast can't be beat. And, this year, airfare prices to Los Angeles International have been down noticeably (27 percent), making it a good opportunity to see it all for less. Save even more by taking advantage of all the cheap and free activities the city has to offer. While the beach is number one, consider checking out a museum or two, hiking to the Hollywood sign, enjoying one of the free events held at The Griffith Observatory or catching a moonlit movie with the Moonlight Movies on The Beach series in Belmont Shores. 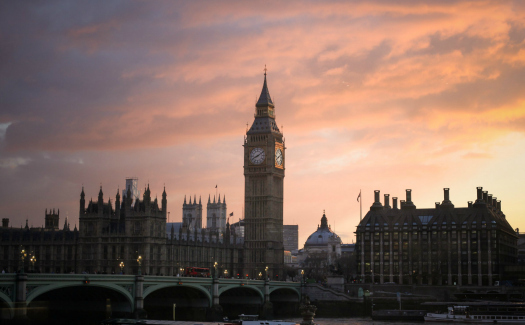 Thanks to some healthy competition for international travelers between Gatwick and Heathrow, average airfares to London are down (29 percent into Gatwick and 33 percent into Heathrow) and deals are there for the taking. So why not hop across the pond this summer? June brings the Trooping of the Colour, a parade in honor of the Queen's birthday, as well as a two-day floating cinema tour. If you're in Londontown later in the summer, head to the Notting Hill Carnival - Europe's biggest street festival. 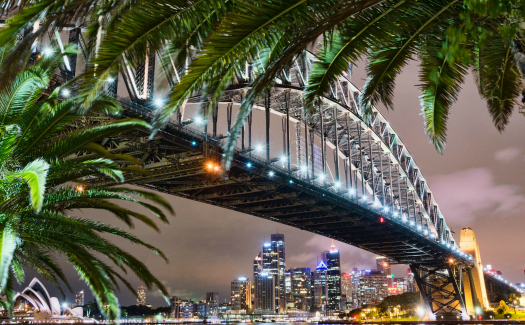 Image: Nicki Mannix, Sydney from the Northside via Flickr CC BY 2.0

Australia is a dream destination for many Americans, and now is a great time to head Down Under while prices are down. Fly into Kingsford Smith Airport in Sydney to save on airfare (with average flight prices down 33 percent). While it may be winter in Australia, that doesn't mean there isn't plenty to keep you busy. After all, Aussie winters are typically mild, making it a great time to get outdoors. July is actually the best month of the year for a whale watching excursion in Sydney, with sightings almost guaranteed - providing a refund or second trip should you not see a whale. It's also the perfect time to hike the Blue Mountains, which become even more scenic during Sydney's winter months. 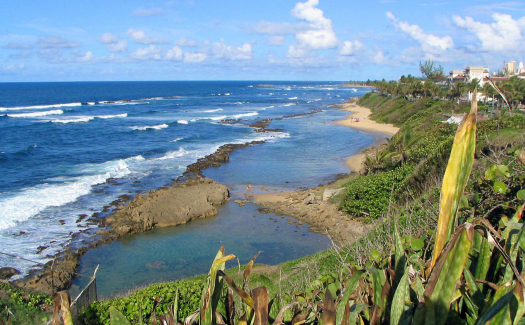 Who doesn't dream of a Costa Rica vacay? Make the dream a reality while average flight prices to Juan Santamaria International are down this year (31 percent). With rain forests, waterfalls, volcanoes and rivers to explore, natural beauty abounds. Add to that, rich culture and tasty affordable dining options, and you will want to start packing immediately. 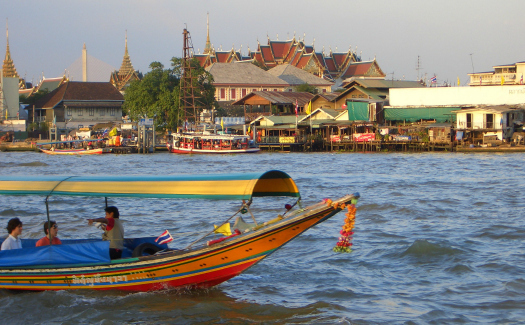 Southeast Asia is becoming increasingly popular with American travelers. Experience it for yourself with a summer getaway to Bangkok, Thailand. Airfares to Bangkok International have been trending down (26 percent), making it a great time to check out this up-and-coming hot spot. Explore gorgeous temples, see the sights from aboard a canal tour and nosh on tasty and intriguing street food. Bangkok is the perfect out-of-the-box summer trip, and there is no better time to experience it than now. 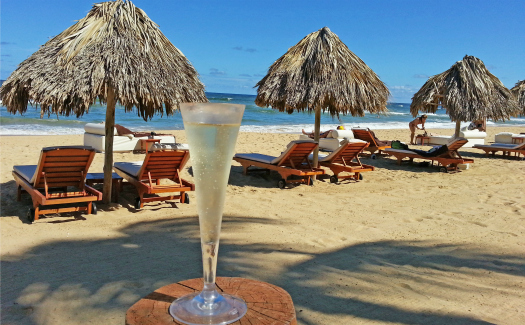 Punta Cana has a lot to offer summer travelers by way of sun, fun and relaxation. And, in 2016, add lower than usual flight prices to that list - down 31 percent compared to last year. Whether you prefer lounging on the beach with a cocktail or indulging in a little underwater adventure, Punta Cana will deliver. Whether you choose to snorkel, snuba or cruise the Caribbean in a catamaran, the living is easy (and affordable) in Punta Cana this summer.

Let us find you even more great travel deals for summer 2016.