Summer Michelle Hansen, a former special education teacher, has been charged with sex crimes involving five underage boys, all students at the Southern California high school where she once taught.

Hansen, arrested in June, is scheduled to be arraigned Thursday on 16 felony counts, including unlawful sexual intercourse with a minor, unlawful oral copulation with a minor, and sending harmful matter to a minor. If convicted, she could face up to 13 years in state prison.

In a statement released Tuesday, the Riverside District Attorney's Office said the alleged crimes took place between May 2012 and May 2013, and occurred "in her classroom, in a utility room at the school, in her vehicle while parked near one victim’s home, and at another victim’s home." None of the victims were students that Hansen taught.

Hansen's attorney has maintained her innocence, and claims that the former teacher had her phone hacked, according to the Press-Enterprise. Court documents obtained by the newspaper tell a different story.

According to a Corona police declaration, one of Hansen's victims told a detective that the teacher had sent him "inappropriate text messages suggesting sexual contact" that culminated in the teacher offering him sex as a prize for doing well in a baseball game.

An investigation of Hansen was launched in June after a former student at Centennial High School came forward and told officials that he had a sexual relationship with the teacher.

According to the Press-Enterprise, that student "told police that while he was 18 and after he graduated, Hansen would send him sexual text messages and cellphone photos that showed her in her underwear. The former student also said two underage boys told him that they had had sex with Hansen."

During the course of their investigation, the police identified multiple victims under the age of 18.

More from the Press-Enterprise: 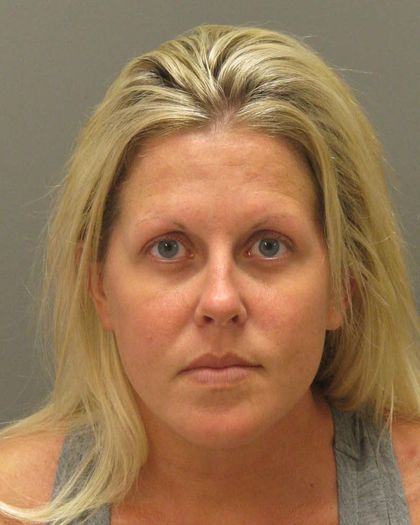