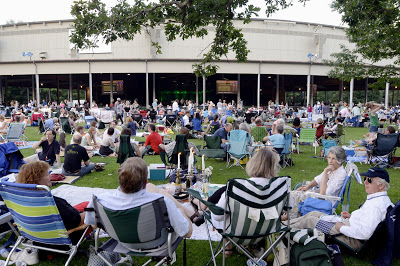 Whether you're looking for chamber music, symphonic music, jazz, opera, or pops, you'll find performances galore up and down the east coast this summer. Some festivals are familiar names, but others, despite their long histories, are not as well-known as they should be outside their immediate environs. Classics, new works, experimental crossover pieces, and surprising guest stars--they're all here. So set your GPS, and let's go! 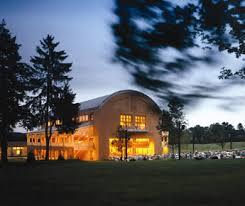 Nestled in the Berkshires, Tanglewood is the summer home of the Boston Symphony Orchestra and the Boston Pops. This venerable destination festival reliably promises excitement and flair from a raft of celebrated performers. The BSO kicks off opening weekend with fiery virtuoso Joshua Bell playing the Saint-Saëns Violin Concerto No. 3 (July 8) and the Tanglewood Festival Chorus shaking the rafters with Carmina Burana (July 9). Devotees of television's Family Guy know its creator Seth MacFarlane as a man of many character voices, but MacFarlane is equally at home crooning standards in a stylish, silken baritone. His solo evening with the Pops (July 10) is sure to be a treat. John Williams's Film Night returns with the composer conducting his own music (Aug. 2), and a screening of Raiders of the Lost Ark will be accompanied by a live reading of his iconic score, led by Keith Lockhart (Aug. 26). Two special guest sopranos grace the stage: Renée Fleming sings Berg's exquisite Lyric Suite and the gripping Sonnets by Elizabeth Barrett Browning by Egon Wellesz with the Emerson Quartet (July 13), while Kristine Opolais voices Aida in the first two acts of the opera (Aug. 20). For a complete change of pace, bring your lobster and rock out with the Pops and the B-52s (Sept. 2). 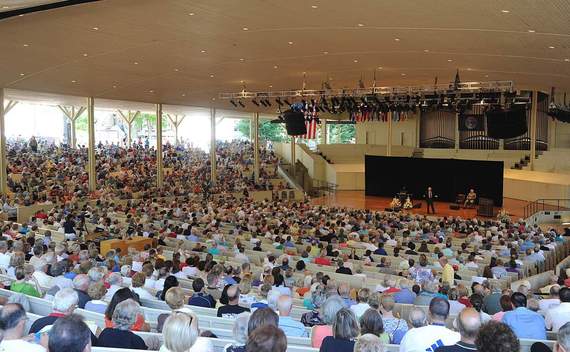 Wanderlust is the theme of this summer's New Hampshire Music Festival. The first stop is Brazil, with selections by Revueltas and Villa Lobos, plus cellist Roman Mekinulov playing Miguel Del Aguila's Concierto en Tango (July 14). An American program (July 21) spotlights composer/conductor David Amram, along with Lukas Foss's Night Music for John Lennon and Lowell Liebermann's Piccolo Concerto with soloist Mary Kay Robinson. No trip to musical Germany would be complete without Brahms's magnificent Ein Deutsches Requiem, featuring soprano Tami Petty and baritone Paul Max Tipton (July 28). Slavic Icons closes out the season with Borodin's In the Steppes of Central Asia, violinist In Mo Yang playing Prokofiev's Violin Concerto No. 1, and excerpts from Tchaikovsky's Swan Lake (Aug. 4). In addition to Tuesday evening chamber music, the idyllic Music in the Mountains series features sunrise and sunset concerts (apparently musicians can get up early when they have to) and campground concerts in the White Mountain National Forest.

The Bar Harbor Festival rings in its 50th season with a world premiere by Eric Ewazen, Composer-in-Residence at the Juilliard School, celebrating the centennial of Maine's Acadia National Park (July 6). A second world premiere paean to the park by composer Edmund Cionek will actually be performed in the park and spotlights Native American baritone George Neptune (July 28). The historic Criterion Center is home to Mozart's Don Giovanni (July 15). A pops concert (July 10) and jazz night (July 24) alternate with chamber music evenings in various locales around town.

If the above locations aren't on your itinerary, there are many other similarly scenic outposts in which to enjoy chamber music. If you're heading to the Hamptons, check out Bridgehampton Chamber Music Festival. In Connecticut, Yale School of Music decamps to the Norfolk Chamber Music Festival, while Bowdoin College is home to the Bowdoin International Music Festival in Brunswick, Maine. Vermont provides the setting for the Green Mountain Chamber Music Festival and Marlboro Music, where the programming is based on whatever the artists are most enthusiastic about rehearsing. In next-door New Hampshire, Monadnock Music continues its commitment to contemporary American repertoire.

If you live in New York City, day trip opportunities abound. Public transportation will get you to Caramoor in Katonah, New York, but if you're up for one of their operas, Rossini's Aureliano in Palmira (July 16) or Beethoven's Fidelio (July 31), you can take a round-trip direct coach from Grand Central Terminal. There's also shuttle service from Lincoln Center to Bard SummerScape in Annandale-on-Hudson, where Mascagni's Iris (July 22-31) is being presented in historical context alongside works by Puccini, this summer's featured composer. Or you could just stick around for Lincoln Center Festival, where you can see Huang Ruo's opera Paradise Interrupted (July 13-16) or Japan's Takarazuka Revue in an all-female production of Chicago, sung in Japanese (July 20-24). And all that jazz! 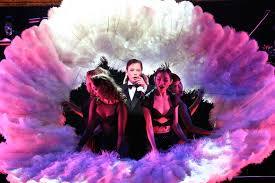 Joanne Sydney Lessner, a Contributing Writer for ZEALnyc, is a writer, singer, actor, whose published works include The Temporary Detective, Bad Publicity, and And Justice for Some.

Looking for more travel ideas? Read ZEALnyc's feature Looking for a Weekend Getaway? There's 'New Hope' for you (and Lambertville, too!).