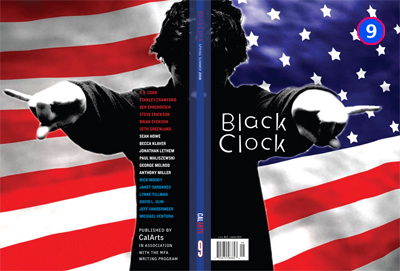 Man-eating sharks, James Bond-style villains with snow-white lap cats, superheroes in capes and tights saving the world. Mmmm, yes. Summer reading. The potent fantasy of sitting on the beach or by the pool -- or at home with a hand-made paper umbrella in your rum-and-coke if you're enduring a self-enforced "stay-cation" -- and just losing yourself in a good book...

So you could be forgiven for not thinking about political fiction until the fall, especially given the recent release of the Ralph Reed fundamentalist snoozer, Dark Horse. But the fact is, this summer has seen the release of some engrossing novels (and one magazine) in which politics and social commentary take center stage. These texts reflect a post 9-11 sensibility that assimilates and responds to the last seven years of absurdity, horror, heartbreak, stupidity, and dueling cynicism-idealism. That many of these recommended reads use the near-future as a way to comment on the present shouldn't surprise you. What writer really wants to dwell in the here-and-now given all the challenges facing the world? And who can really make sense of it all without a little distance?

For example, Shawn Klomparens' Jessica Z (Delta, trade paperback) is set perhaps a year or two from now. It combines the concerns of literary fiction about sex and relationships with the kind of paralyzing sense of dread fueled by the continuing erosion of civil liberties. When San Francisco is hit by terrorist attacks, 28-year-old copy writer Jessica must cope with upheaval in both her public and private worlds. What's normal post-attack, and who can be trusted? Jessica Z also quietly emphasizes the casual acceptance of torture into our current version of reality, along with the info-tainment quality of TV media. Klomparens' particular gift is to embed the details of our self-induced dissolution into an erotic coming-of-age story that's not only slyly funny at times but has aspects of a thriller. 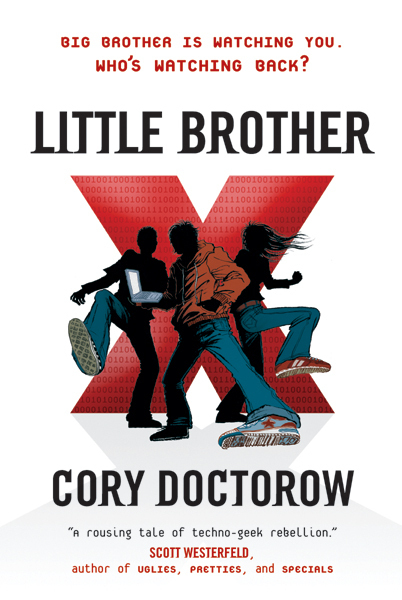 Less nuanced, more direct, Cory Doctorow's Little Brother (Tor Books, hardcover) is Orwell for the teen set, a young adult tale of fighting back against a Department of Homeland Security run amok in the aftermath of a terrorist attack in San Francisco (apparently a popular target). Jailed and tortured, seventeen-year-old Marcus, a hacker, decides to take on the DHS. There's little subtlety here -- the bad guys are bad guys, the teens heroic and ultra-competent -- but Doctorow's understanding of modern technology and his ability to connect with the next generation make Little Brother as close to a handbook for the resistance as any novel yet written.

In contract to Doctorow's earnest realism, David Ohle's The Pisstown Chaos (Soft Skull Press, trade paper) deals in irony and absurdism. Parasite infestation has created new social pariahs and new opportunities for unscrupulous politicians. The United States has come to be ruled by Reverend Herman Hooker, an "American Divine," a fascist in religious guise. The Balls family falls afoul of Hooker's policies and is relocated to a detention camp. The story of their survival is told in intricate detail, with the Reverend's desperate attempts to control the country serving as the backdrop. It's hard to explain the power of Ohle's compelling and potent approach to political commentary. His Reverend isn't just a cartoon caricature and his family isn't your normal clean-cut American nuclear unit, either. Somehow, Ohle manages to create three-dimensional characters and make some stark satirical points at the same time.

Using a broader canvas, L. Timmel Duchamp's Stretto (Aqueduct Press, trade paper) is the triumphant conclusion to an epic five-book series that in some ways incorporates elements of all of the novels discussed so far. Unfolding over a span of 22 years through the perspective of eleven viewpoint characters, the Marq'ssan Cycle opens with a global intervention by extraterrestrials, who assume that humans can be led through rational discourse to change their destructive ways -- and quickly discover their mistake. In Duchamp's future, the United States is in the grip of a crushing dictatorship, and the books detail various characters' attempts to survive within this structure or to change it through resistance. As a whole, the series may be the most thoughtful, and often exciting, examination of American attitudes toward politics, social institutions, and gender published in the last decade.

But there's still a distance, a way to escape our present, in each of the novels recommended above. In the new political issue of the highly respected literary magazine Black Clock (California Institute of the Arts), that distance has all but evaporated, and the anger, the satire, and the quest for understanding have a necessarily raw edge. Taking the short view, and focusing on the current election cycle, Black Clock #9, edited by iconic American surrealist Steve Erickson, features fiction and nonfiction by Jonathan Lethem, Brian Evenson, Rick Moody, and many more. Seth Greenland inhabits the point-of-view of Al Gore in "Al Agonistes." Brian Evenson's "The Body Politic" examines elections after something called the Collapse. Ben Ehrenreich's "The Coup" includes a "Minister of Feathers" in a wryly satirical modern fairy tale about governance, while this correspondent's "Goat Variations Redux" describes alternate realities in which Obama, Clinton, and McCain all win the election.

In the magazine's introduction, Erickson writes about this year's election from the point of view of a fiction writer all but frozen by the possibilities: "But an election with three great characters? If you're a writer, peering beyond the ideological agenda involved, the imagination almost can't grasp its good fortune. This year the three are the stuff of pulp archetypes, out of an Allen Drury novel. They include the flinty, aging onetime prisoner-of-war uneasily navigating the demands of expediency... the charismatic young African-American street-organizer raised by a teenage mother from Kansas and deserted by a father from Kenya.. .and finally, of course, the former-First-Lady-turned-Senator, steely, intrepid, her career deferred all those years for the sake of the faithless Rhodes-scholar Elvis... Can you make this up? Well, yes, but it's not as good." Indeed, that's the challenge for any fiction writer today: when the world of politics is so strange, so fertile with outlandish stories, how do you compete with reality? Finally, a few short-takes on other books of interest: Editor John Joseph Adams' Seeds of Change (Prime Books, hardcover) tackles racism, global warming, peak oil, and political revolution in an attractive hardcover featuring thought-provoking short stories by rising stars like Tobias Buckell, Jay Lake, and Mark Budtz; Iain M. Banks' Use of Weapons (Orbit Books, trade paper), perhaps the most incisive and shocking commentary on war since Vonnegut's Slaughterhouse Five, is now back in print; and John Grant's Corrupted Science: Fraud, Ideology, and Politics (FFF, hardcover) which includes a scathing expose of George W. Bush's subversion of science that reads more like fiction than fact, has just been given a big push by the publisher and is once again available in your local chain bookstore.