I know: summer reading is supposed to light, fun, escapist. Murder mysteries and steamy romances. Call me weird, but I'm the kind of person who likes to read thoughtful or even challenging literature, even when I'm lounging around on the beach.

And I suspect I'm not alone.

If you are like me -- if you're not particularly holding your breath for the long lost novel by Harper Lee, and could care less about E. L. James, then you might enjoy one or more of these faith-based books that are on my summer reading list. A word of warning: each one will make you think. 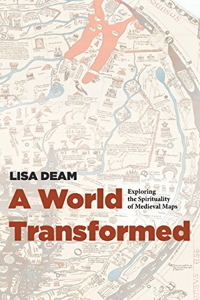 Perhaps the biggest delight is A World Transformed: Exploring the Spirituality of Medieval Maps by art historian Lisa Deam, who looks at the life of faith through mappa mundi -- maps of the world -- dating from the middle ages. While one might expect maps by European cartographers from centuries ago to be drawn with Europe as the center of all things, these maps, imbued in a Christian world-view, typically place Jerusalem, not Rome or Paris, at the heart of the earth. Usually oriented with the east rather than the north at the top, such maps are more than just depictions of geography, they are documents of faith, quirkily illustrated with Biblical characters, saints, animals, and mythical creatures.

Reading these maps is more than an exercise in orientation -- it's an invitation to living one's faith in space and time. Deam, whose love for these ancient cartographs shines joyously on every page, writes not from a scholarly perspective so much as from a faith-based appreciation of the medieval mind; she celebrates how these maps can invite people of faith in our secularized, GPS-dominated world to stop and consider how faith is not just a head game, but literally a way of living, moving and being in the world. She invites us to appreciate these ancient maps as an invitation to a deeper faith today. Ultimately the transformed world depicted in the mappa mundi calls us to a similar transformation in our own hearts. 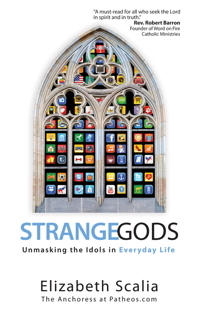 But spirituality is more than just embracing the light -- it's also about eschewing the dark. Elizabeth Scalia's Strange Gods: Unmasking the Idols in Everyday Life looks at one of the oldest characteristics of God-centered religion -- the impulse to turn away from idols, or lesser/false gods -- and invites us to consider how idolatry is still very much a part of the human condition, even if we never bow down before a pagan statue. Rather than traditional ideas of idols as explicit objects of religious veneration, Scalia considers our more contemporary alternatives to God: idolatrous beliefs, values, or ideas, from narcissism, to ideology, to technology, to being hip or cool.

By turns confessional (her discussion of how easy it is for writers to turn their own work into an idol struck uncomfortably close to home), theological (she understands that renouncing idols is always pointless unless paired with embracing the freedom of God) and spiritual (I think this book would be particularly useful for spiritual directors or confessors to offer to those in their care), this is one of the richest books of general spirituality that I have read in some time. What really won me over was Scalia's insistence that even religion can be an idol. Saint John of the Cross must surely have been smiling on her from heaven. Furthermore, Scalia understands that idolatry isn't just something that "sinners" do -- it's a spiritual illness that affects pretty much all of us, and part of recognizing this is to grow in humility and understanding that we really do need God's grace to be persons of faith. 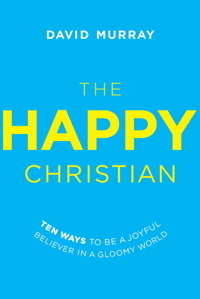 If a sobering assessment of your own tendency to be idolatrous gets you down, perhaps you'll find an antidote in David Murray's The Happy Christian: Ten Ways to Be A Joyful Believer in a Gloomy World. Murray, a reformed theologian, pastor, and seminary professor, has become known as an expert on Christianity and depression -- and how a healthy understanding of the Gospel is an antidote to the kind of distorted thinking that often accompanies serious depression. The book presents a series of contraries designed to illustrate how faith in God trumps the negative or limiting ideas consistent with unhappiness: grace is greater than sin, good news is greater than bad news, praise is greater than criticism, diversity better than uniformity.

Repeatedly as I was reading this book I thought of David Burns' Feeling Good: The New Mood Therapy, a classic self-help book for those battling depression, which holds that carefully replacing negative, gloomy thoughts with positive, rational thinking can be a significant step toward reducing or even eliminating the painful symptoms of depression. Murray's book, written from a conservative faith perspective, may not appeal to everyone, but it does offer hope that a joyful life is not only possible, but even promised, to those who believe. I think it would be especially helpful to those who struggle with an angry or vengeful image of God -- an image which is not conducive to embracing a happy, joyous life. Murray shows that in those circumstances, the problem is not God, but in our human capacity to create false or limiting images of God.