I'm going to do a little something off my regular scheduled programming here because why not, it's summer, right? We waited a long time for this summer, after getting nailed with a cold spring and then pummeled with almost an entire month of rain in May. Finally, sun and 80 degrees are here! Unlike last year where I worked harder than donkeys do in Greece, I pre-planned some fun time for myself and the family this summer. So, what do I like to do in my spare time?

Anyway, the opportunity to read something real estate related (but fiction) presented itself and so why not? This book is coming out August 8th and when I heard of the concept I thought, "Darn it, why didn't I think of that?" Okay, actually I did think of it, but I never actually thought of fictionalizing the crazy that occurs in this business on a daily basis. But someone else did.

Erin Huss, blogger at The Apartment Manager's Blog wrote For Rent, a novel inspired by her time working as a Property Manager. 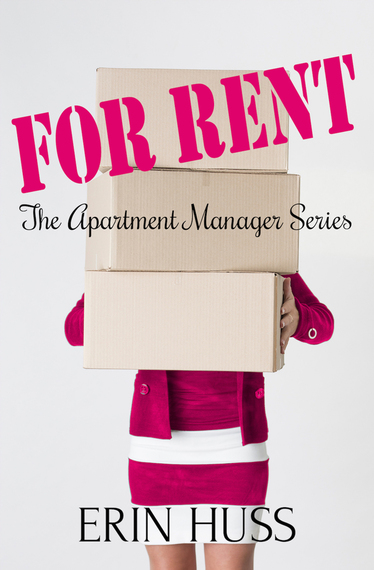 Cambria is the Lucy Arnaz of Property Management. She skids into this job as the Manager of an Apartment Complex with no cash to her name, a toddler to feed and no skills or experience in Property Management. Desperate for the job with no Plan B pretty much guarantees that she'll end up taking whatever is doled out by the residents. This job was her last resort and she was their last choice for Manager.

I worked at an apartment management office for a brief summer in Arizona. I actually was the Cambria which is why I liked this book so much. Well, wait. I wasn't as diligent as Cambria. Cambria actually works hard and tries to learn and do the right thing. I was just desperate. I needed a job because the cash we saved for our cross-country trip was gone and we weren't even half way through our journey! And desperate times result in rash decisions. Spending May to September in Phoenix seemed like as good an idea as any I'd had, so why not?

Managing the actual day to day of the property is actually the easy part. Things break, repairs are called in, grounds are walked, rent payments are posted. It was the involvement in people's personal lives and living spaces that was tough. It can get weird really fast.

We had a perfectly nice girl rent an apartment. She had only moved in a couple days prior when police, tracking her from Tombstone to Phoenix, arrested her for that matter of the bad checks she was writing. We had an older gentleman choose an apartment but doctor up his ID so badly that it was obvious he used a typewriter to change his name. He refused to give his real name. It was actually scary wondering what sort of people were living there and what they were capable of.

It was no different for Cambria. Every day is a new day with new problems. There's a rash of sudden, unexplained thefts that begin to occur just as she arrives as Manager. There are residents who don't like to wear clothes, residents who refuse to fill out applications, residents who have physically terrifying visitors who lurk around at night for no particular reason.

Cambria ultimately digs herself in deep with the drama before the dirty secrets of the apartment complex chew her up and spit her out. For some, this may just be entertainment, but, if you have ever worked in Property Management, reading this would be like a re-enactment of what your day was like. But, you don't have to have worked in Property Management to appreciate the crazy. If you live in a community, neighborhood or building and think these things don't go on in your particular abode, you are totally mistaken. If you have a community message board I suggest you add your name to the distribution list. Pure gold waits for you in there, trust me. I've never uttered the phrase "Truth is Stranger than Fiction" more than I have in the past 15 years I've been in Real Estate.

As Cambria lurks around the community doing her own research on the residents, it's hard not to want to just shake her and tell her to get back to her own apartment because nothing good is going to come of what she's doing. But she really does channel some classic Lucy Arnaz moments that made me snort with laughter.

Erin Huss managed to bring a career to life that is one giant WTF and spin it with a lot of humor while reminding the rest of us who live in close quarters to our neighbors -- you never really know what they are doing on the other side of the wall.

Melissa has been in the Real Estate Industry for 15 years and is a Realtor® with City Chic Real Estate in Washington, D.C.