Friday, June 21st was the 2013 summer solstice. As I have posted previously, Austin College's new IDEA Center is a very large astronomical observatory, and it functions to mark the winter solstice, the vernal and autumnal equinoxes, and the summer solstice. Austin College faculty and students collaborated to make a series of measurements during fall of 2012 to establish the locations of the equinox, the winter solstice, and the meridian line, which marks celestial north-south. After those measurements were made, Hunt Construction Group had a subcontractor pour a terrazzo floor in the atrium of the IDEA Center, which included elements described below.

Friday, June 21st, 2013 was the first test of the accuracy of the predicted location of the sun's image on the floor in the atrium, at solar noon on the summer solstice. It was a tense moment for some, because we had almost literally cast in stone the location where the sun's image should be at solar noon, which came at 1:28:17 pm in Sherman, TX.

Dr. David Baker gave a short presentation about the history of gnomon holes in European Cathedrals, and described the significance of the meridian line and of the symbols we used to mark the solstices and equinoxes. The summer solstice is marked by the Greek/Macedonian symbol for the sun, to recognize Western contributions to our knowledge of the universe. 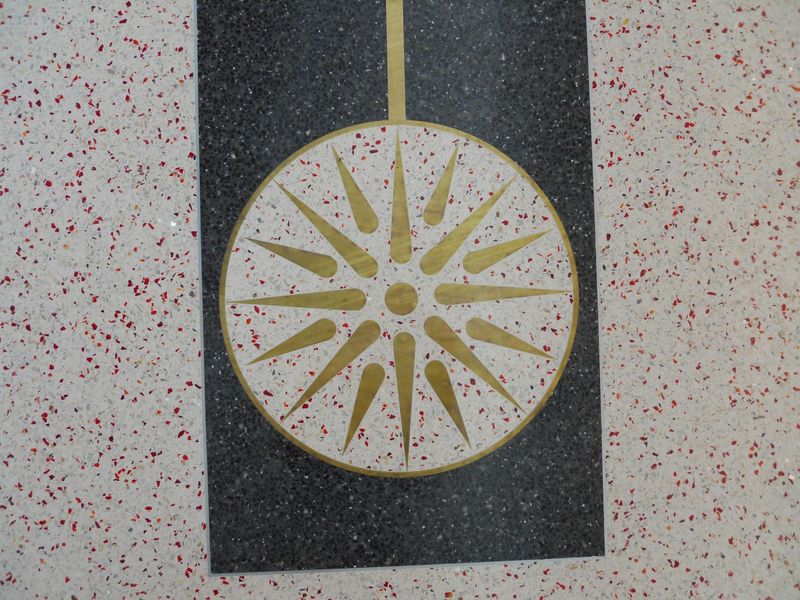 The equinoxes are marked by the Chinese symbol for the sun, to recognize Asian contributions to our knowledge of the universe. 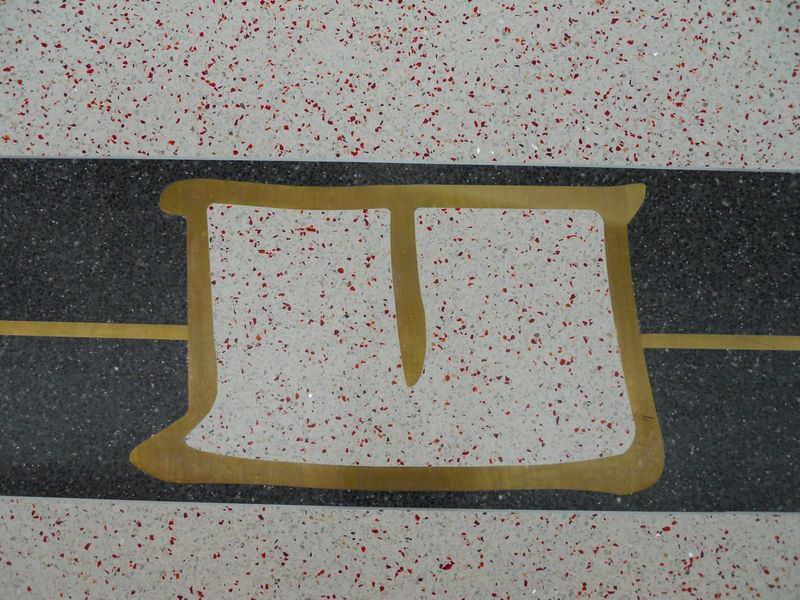 The winter solstice is marked by the Mayan symbol for the sun, to recognize Native American contributions to our knowledge of the universe. 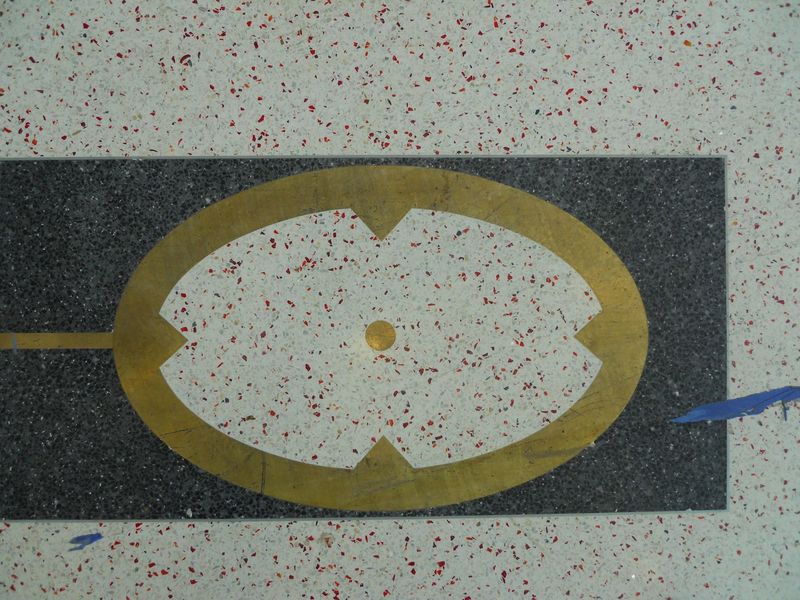 As 1:28:17 approached, the sun's image approached the Macedonian symbol. 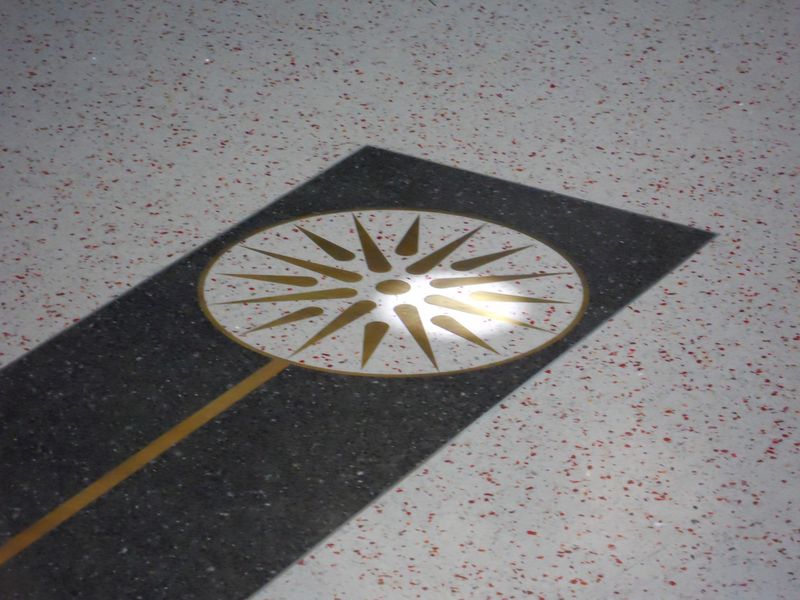 Everyone in attendance was snapping photos. 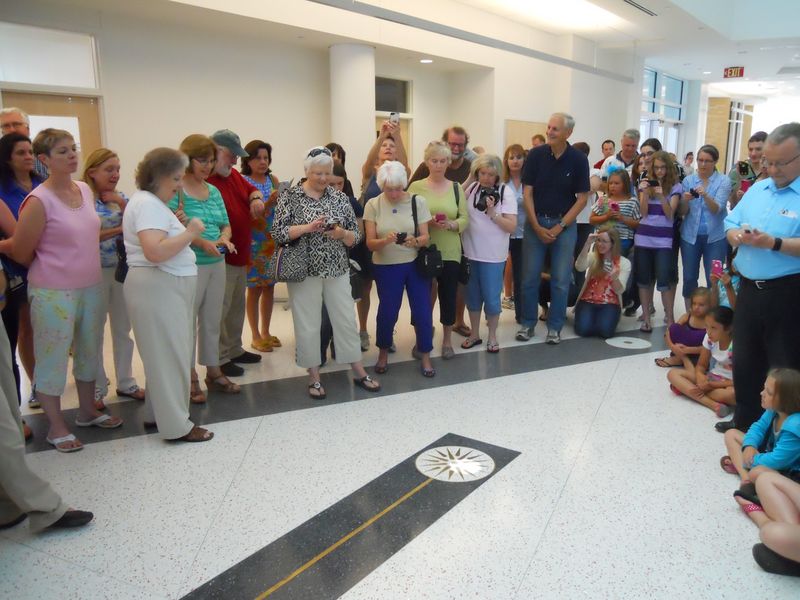 And at precisely 1:28:17, the sun's image was centered on the symbol, perfectly matching predictions. Success! 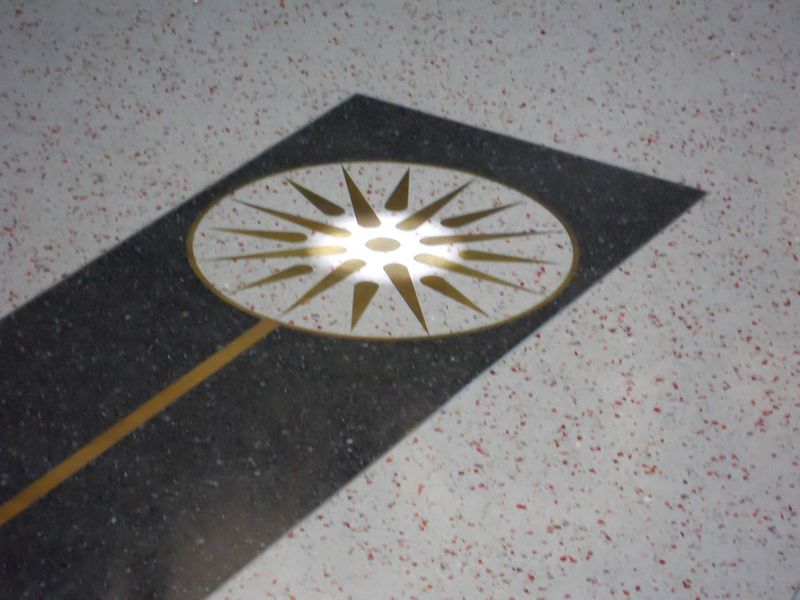