The occasion brings celebrations across the Northern Hemisphere, from Swedes who wear wreaths and dance around maypoles to modern-day Druids who flock to Stonehenge to Americans who enjoy their pool parties and cookouts.

But what's the summer solstice all about in celestial terms? 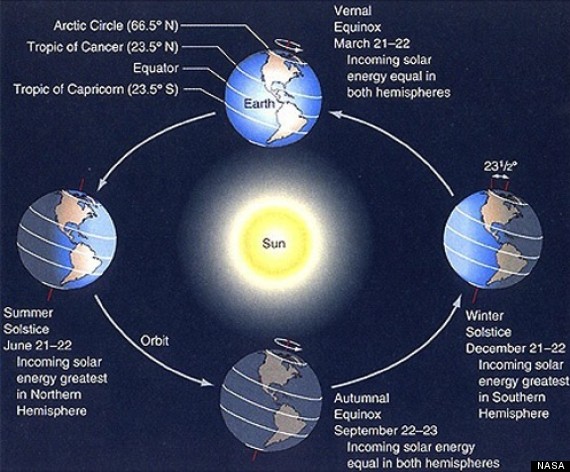 As Earth orbits the sun, it tilts 23.5 degrees on its axis. Our summer solstice occurs when Earth's northern hemisphere faces toward the sun most directly.

Why isn't the longest day of the year also the hottest? Even though Earth's oceans and atmosphere soak up the most rays on the summer solstice, it takes them several weeks to re-radiate that energy back to us.

For those in the southern hemisphere, June 21 marks the winter solstice, the shortest day of the year.

Solstice comes from the Latin words "sol" and "sistere" meaning "sun stands still"--a reference to how, when seen from Earth, the sun appears to pause before its position in the sky reverses direction.