Did anyone hear that thud?

It was the real estate market, coming to a screeching halt. Sigh. A few weeks ago something changed. I knew it was coming several months ago because all the signs were there. Spring never really sprung as far as real estate goes. The pace of sales cooled off in the suburbs. Builders were quietly talking -- through my grapevine at least -- about buyers canceling contracts. Lenders quietly cut staff. I didn't know how long it would take to cool and what it would look like when it did, but here it is. 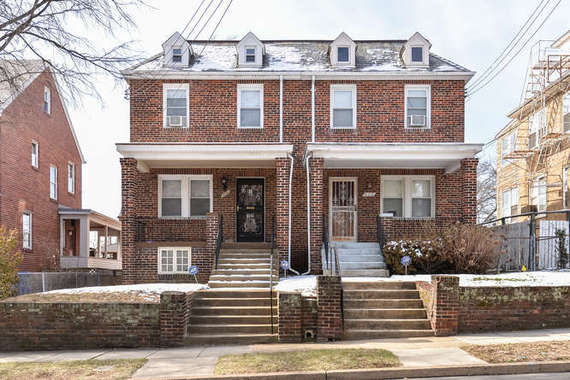 When a perfectly charming row home sat on the market over a week in a neighborhood where a similarly priced house would have elicited a bidding war a month ago, I knew there was trouble.

When I went to see eight condos on a Sunday, seven of which were holding open houses that weren't well attended at all, I knew there was trouble.

When listing agents were calling for feedback on perfectly lovely homes and practically begging me to get my clients to write an offer, I knew there was trouble.

When people on local real estate boards started talking about their house sitting on the market and about price reductions in their neighborhood and the responses were "blaming summer," I knew there was trouble.

What happened? Is it because we went from winter to summer with no obvious spring? Perhaps. If it seems that it was snowing until the end of March that's because it was. Listings were slow to hit the market in April and by May when the temperatures soared, people were outside enjoying their weekends -- not looking for real estate. That means all the sellers who were so ambitiously timing the trigger-pull on their listing might have missed the boat. Since Memorial Day, DC has felt like a ghost town.

I believe there's more than that though. People who need houses don't just slap a "Gone Fishin" sign on their house hunt file. Expectations appear to have shifted. Buyers want more than what sellers were selling. A year ago, rates were low and many buyers were in heated bidding wars to jump into the market, waived all contingencies, and weren't concerned if a house wasn't perfect -- they just wanted to get the house because the economic outlook was positive. All the same feelings of 2002-2005 were back: "This can NEVER slow down! Sure let's waive all the contingencies and escalate over asking!!!"

Now? Rates ticked up a little bit and while many will argue that they are still historically low, try telling that to a buyer who knows rates were 3.5 a year ago and are now 4.5. They feel like you took money out of their pocket. And the compensation for that has to come from somewhere. If buyers are going to lock in for a 30 year sentence at a point higher than the lucky ones, the home they are buying better be renovated and pristine. Houses/condos have to be in great shape and renovated, to command the top price or buyers won't pay it.

So, if buyer expectations shifted, then what's going on in the minds of sellers? Well, sellers are always the last to know. They still think they can price at an increase over last month's comparable sales and elicit multiple offers. Nope.

I've been telling buyer clients for a year to wait this out and seller clients to hurry and sell. Some of them may not have believed me, and that's fine, but I know now that not one of my buyer clients from the last year owns a house that they overpaid for because I warned so highly against escalations and getting involved in a bidding war. Of course this means I may have done less business than other agents, but I can sleep at night and that's just fine with me.

I remain uncertain what the fall market will bring. Typically people who have to enroll children in school have already made their move or they postpone it for a period of time, so that likely leaves a rather large contingent of would-be buyers out of the market. But what I can tell you is that right now the getting is good. I have clients making excellent deals because shifting buyer expectations and possibly the fact that we're in the middle of summer have resulted in almost no competition. If you have been looking for a house and postponed your search, I highly recommend you reconsider getting back out there before the end of summer.

Melissa has been in the Real Estate Industry for 13 years and is a Realtor® with City Chic Real Estate in Washington, D.C.