NEW YORK (Reuters) - Viacom and CBS Chairman Emeritus Sumner Redstone, the media mogul who took his father’s movie theater chain and built it into an empire that included Paramount Pictures, CBS and MTV, has died at 97, ViacomCBS and National Amusements said on Wednesday.

CBS and Viacom were combined from 2000 to 2006, when Redstone separated them in an attempt to unleash the value of Viacom’s cable channels.

Redstone, as executive chairman of both Viacom Inc VIA.O and CBS Corp CBS.N, had controlled the two companies through privately held National Amusements. But in his early 90s, the state of Redstone’s physical and mental health set off an avalanche of corporate maneuvering over his media holdings that resulted in him stepping down in 2016 as executive chairman of both companies.

CBS and Viacom were combined from 2000 to 2006, when Redstone separated them in an attempt to unleash the value of Viacom’s cable channels.

His position as one of the world’s leading media moguls had begun fading in 2015 as those close to him began questioning his mental capacity. The long-running legal battle that ensued put him at odds with a former girlfriend and long-time confidante Philippe Dauman but reunited him with his daughter Shari, from whom he had been estranged.

The challenges to Redstone’s mental health resulted in him being replaced as executive chairman at CBS by Les Moonves and at Viacom by Dauman, whom Redstone would later drop from the trust that was to determine the direction of CBS and Viacom after his death.

After much legal and backroom wrangling that one observer likened to “Game of Thrones,” the Redstone family ousted Dauman from Viacom in August 2016, ultimately replacing him with Robert Bakish. Dauman had been among those questioning Redstone’s mental capacity and his influence had waned after Redstone’s daughter, Shari, started taking a more active role in his business.

Since 2016 Shari has pushed twice to merge CBS and Viacom. She’s also weathered a lawsuit aimed at diluting her family’s control of CBS, and a sexual misconduct scandal at CBS, which resulted in the September 2018 resignation of CEO Les Moonves. Viacom and CBS re-merged in 2019.

After decades spent building his empire, Redstone’s participation at corporate events became minimal in 2014 and he spoke only a few words on earnings calls. Fortune magazine reported he attended his last board meetings that year and cited a witness who said he dozed and drooled during it, which raised the question about whether he was fit to run the company.

Despite the concerns about his health, Redstone hung on to his chairmanship as long as possible. In June 2015, he told Vanity Fair in an email correspondence, “You should know that I am never retiring!!!”

Later that year, the Wall Street Journal reported Redstone had suffered mini-strokes that made speaking difficult, although he remained mentally sharp.

Former girlfriend Manuela Herzer challenged Redstone’s mental competence in a lawsuit filed in November 2015, referring to him as a “living ghost.” Herzer, who had acted as the billionaire’s designated health care agent, brought the suit against Redstone after he removed her from the role as well as from his Los Angeles mansion in October 2015.

The suit was thrown out in May 2016 by a California judge who ruled that Redstone’s testimony had disproved Herzer’s claims. Herzer appealed the judge’s ruling, and the parties settled in 2019.

Redstone’s death, which comes at a time the media landscape is enduring wrenching changes, thins the ranks of a group of media executives, including Rupert Murdoch and Ted Turner, who changed the world of news and entertainment with the companies they built.

Redstone displayed a particular penchant for forcing out top executives, including Viacom President Frank Biondi; Mel Karmazin, the CEO of CBS; and Tom Freston, who was famously canned as CEO of Viacom after losing a deal to acquire the social media network MySpace to Murdoch. 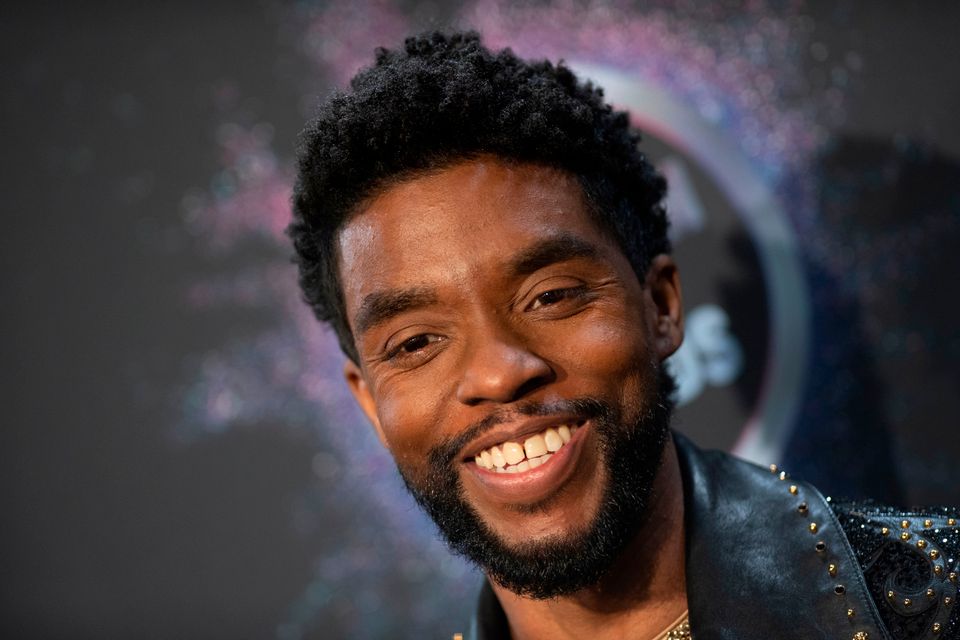 1 / 36
Chadwick Boseman
Actor Chadwick Boseman, who played Black icons Jackie Robinson and James Brown with searing intensity before finding fame as the regal Black Panther in the Marvel cinematic universe, died on August 28, 2020. He was 43.
VALERIE MACON via Getty Images