Welcome to Sun City, Arizona, a town not too far from Phoenix that boasts a population of over 37,000 retired residents living in one place. The incredibly idyllic community has made a name for itself as a senior citizens' paradise, serving as home to over 100 people over the age of 100 years old -- a world record. As one news outlet put it, it is the "original American purpose-built retirement community."

Everything about the active environment of Sun City makes us smile, but as photographer Todd Antony has pointed out, there is one segment of the population there that is particularly inspiring. They are the Sun City Poms, the town's impressively agile cheerleading squad. 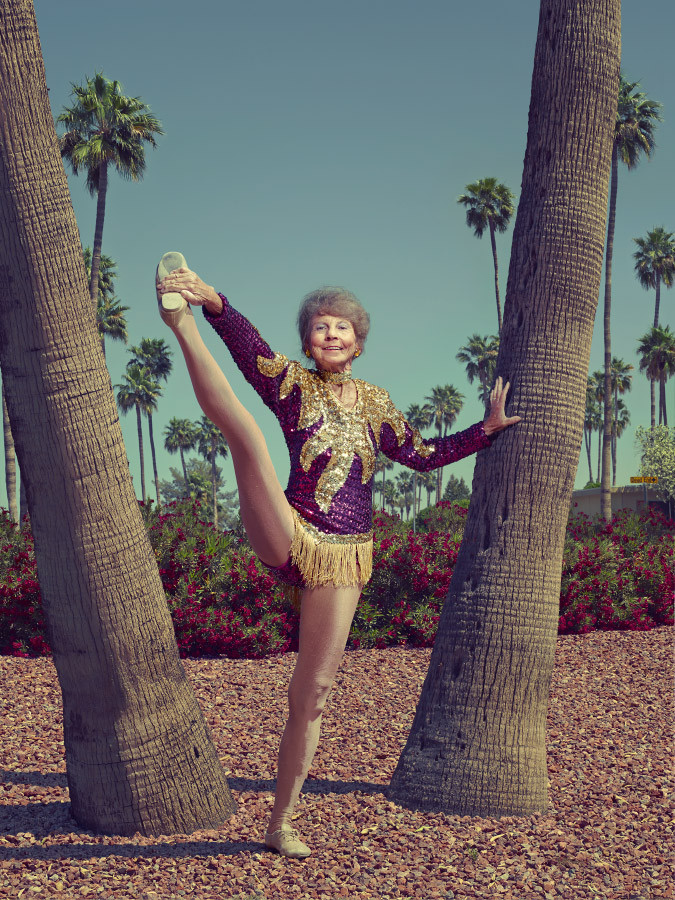 The group formed in 1979, recruiting 55-year-olds and older to dance, cheer, twirl batons and perform acrobatics in support of the Sun City softball team. Decades later, the squad is still going strong, entertaining at around 50 shows per year across the state of Arizona. (In fact, you might have seen them in the parade for the nationally televised football showdown, the Fiesta Bowl.)

Antony had the chance to photograph the women of the cheerleading team earlier this summer, capturing heartwarming portraits of the ladies in traditional cheer poses. Donning fringe and sequin-speckled uniforms, the Poms exude an overwhelming sense of pride and energy as they kick their legs and raise their arms to the skies. 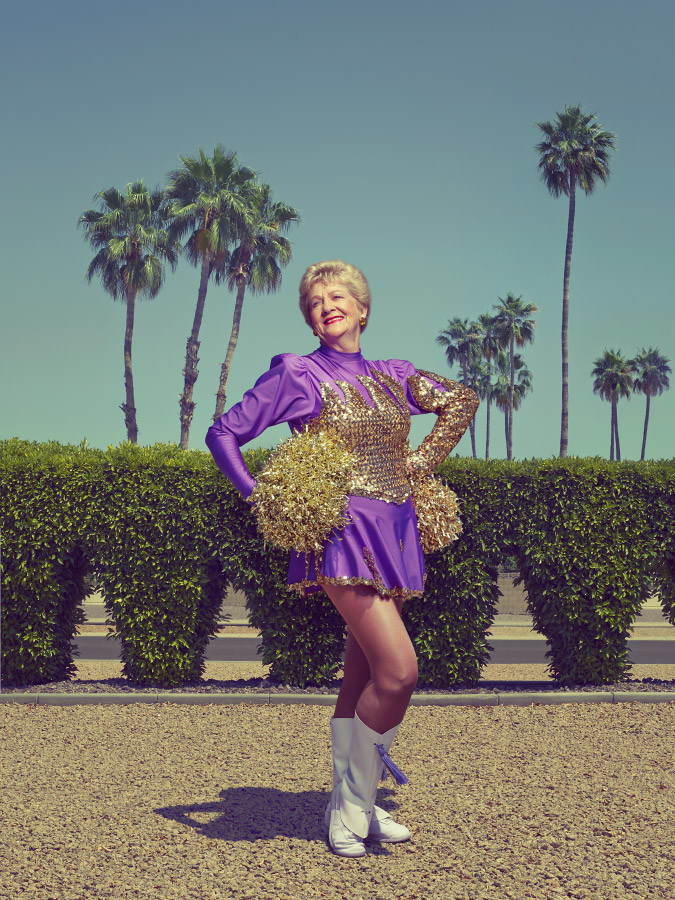 "While I was [in Sun City] I couldn’t help but think that with the American obsession for child beauty pageants, you have one age group of society trying to grow up way too fast, while at the other end of the age scale another group strives to hold back the years in some way. And does a pretty damn good job of it really," Antony stated in a blog post about his visit. "An absolutely brilliant bunch of ladies."

Scroll through Antony's photos for a glimpse into the world of the Sun City Poms. Let us know your thoughts on the amazing group of women in the comments. 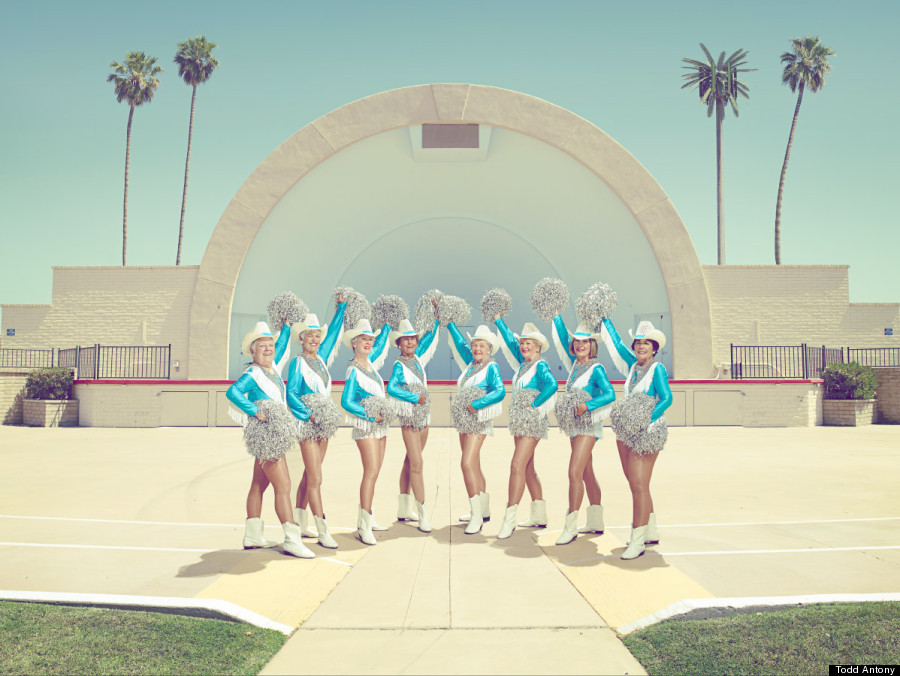 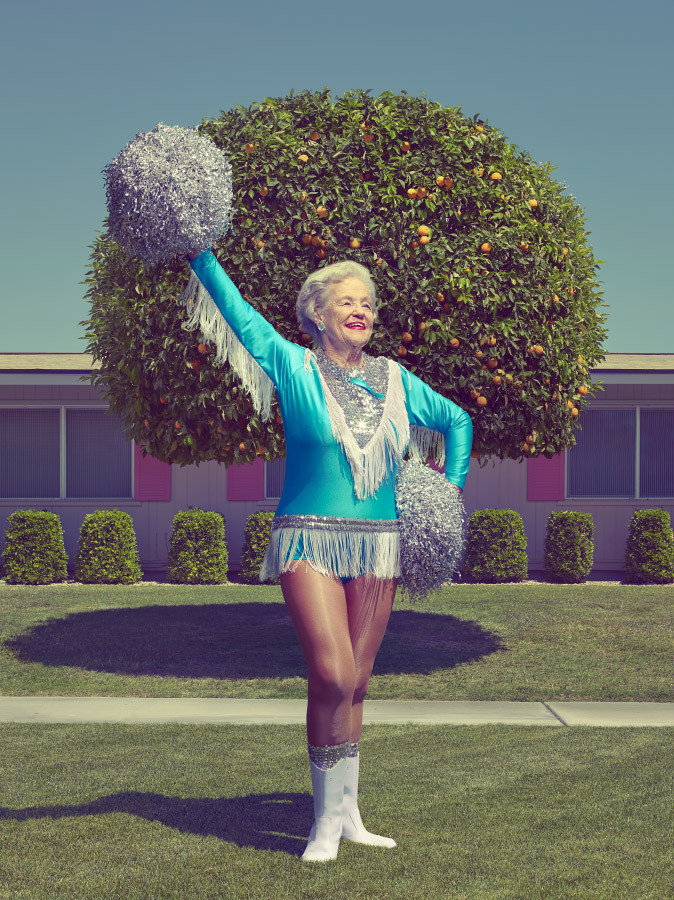 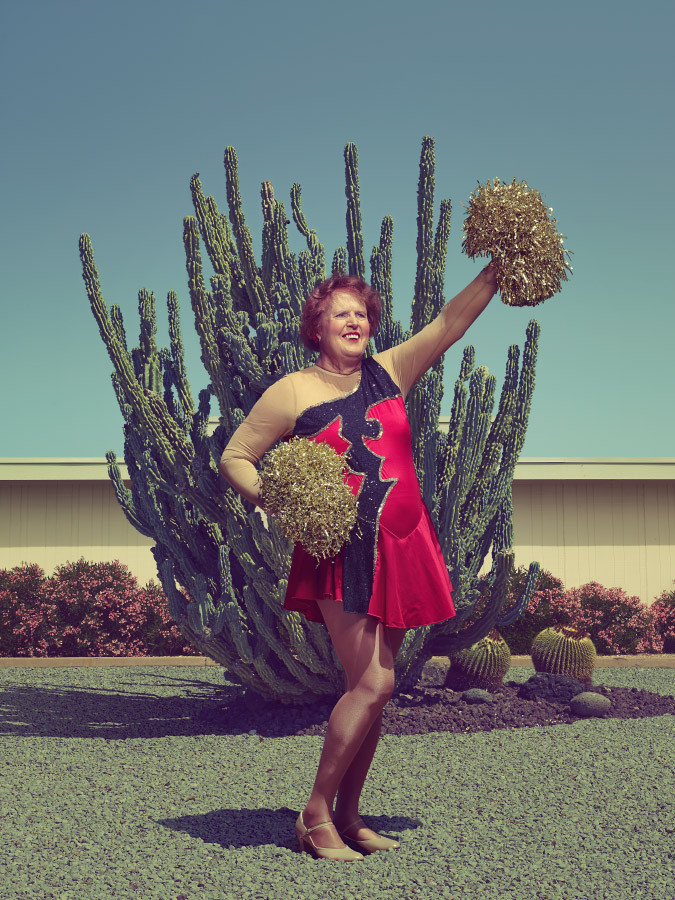