We've seen hotels underwater, we've ever seen hotels built into the side of quarries, but a hotel perched above a beach?

The Sun Cruise Resort & Yacht sits perched high above the shores of Jeongdongjin, a South Korean tourist town which, according to the South Korean government at least, has the best sunrise in all the land. Measuring in at roughly 540 feet, the cruise-ship themed resort has 211 guest rooms, two restaurants (European and Korean), a revolving sky lounge, indoor gym, golf range and a salt water pool, which offers views of the sea below.

The resort opened in 2002 as a way to give tourists who didn't have the money to go on a cruise the experience of being on one, according to Oddity Central. The ship even features bird calls and the sound of crashing waves around the ship to further the allusion. Fast forward 11 years, and it's one of the most popular attractions in South Korea. Visitors can also stop by the adjacent theme park to further their experience. 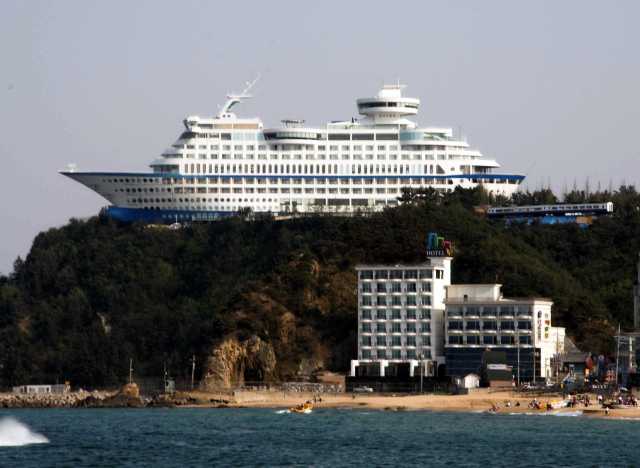