We've got medieval castles, ice castles, and fairy castles. We've all heard "A man's home is his castle" (American proverb); "I'm King of the Castle" (Dave Matthews lyrics) and "I'm Queen of the castle" (announced proudly by Elaine in an infamous Seinfeld episode). Patrick Swayze played the iconic Johnny Castle in Dirty Dancing. Castles appear in literature (Kafka and Dickens) and music: Stevie Wonder and Don McLean wrote castle songs. There are castles by Disney; castles in chess; castles in the air, castles in Spain, and castles in the sky.

And then there's the sand castle. Yup, we all remember our childhood trips to the beach, schlepping pails down to the water's edge, digging tunnels, moats and towers like the ones in Sleeping Beauty and Snow White, imagining ourselves soldiers defending the fort, or princesses up on the balcony being rescued by the prince. 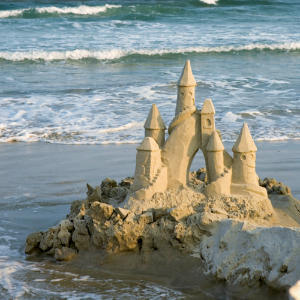 But back then we were kids using Crayola colored buckets and shovels. Nothing fancy. Now things are quite different. 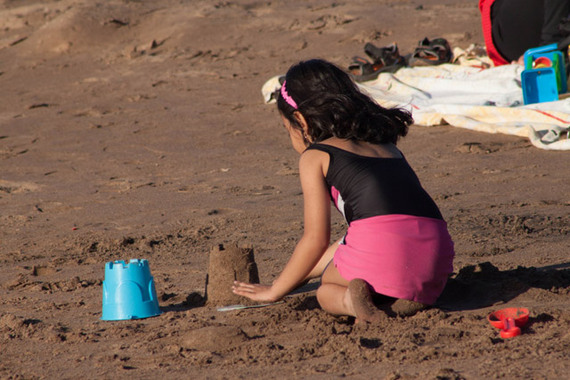 Recently I've witnessed a whole new wave (no pun intended) of sandcastle art, and there's nothing childlike about it.

Nope - this is definitely not the Land of Jack and Jill. Nor is it Grimm's Fairy Tales. Unlike our childhood fantasy world of Rapunzel's castle tower, this is adult sandcastle reality. It takes true grit, sweat, imagination and creativity to build these amazing art castles -- individually crafted gems of sand sculpture. 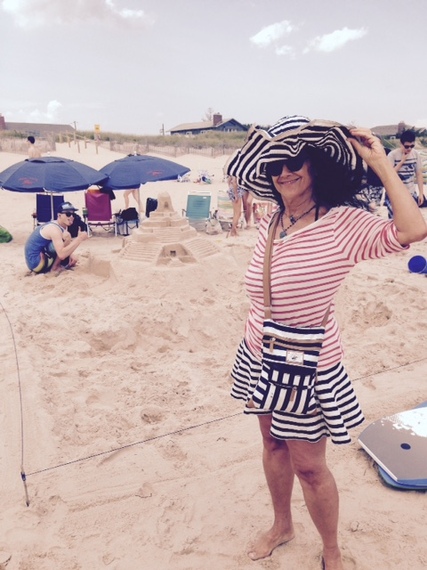 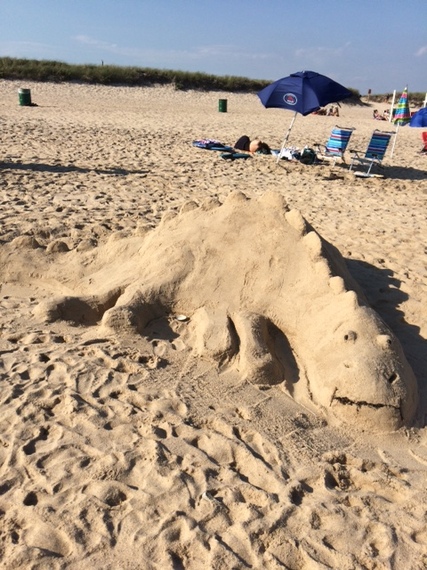 In fact, in response to an editor from a rather polished gentleman's magazine who snuffed out my Sandcastles pitch, insisting the topic was a tad childish, I decided to prove him wrong.

A.B.C.'s of Sandcastles - A.rchitects B.uild (sand) C.astles
I would bet my trip to the Magic Kingdom that the AIA--American Institute of Architects--would have pooh poohed such a comment. This is not Summer Camp Ceramics. Sandcastle building is a sophisticated sculpture art. Aficionados like Calvin Seibert create masterpieces à la Bauhaus, Frank Gehry and Frank Lloyd Wright homes. Only they're on sand, not land.

Clams & Castles on the ½ Shell - And so I trekked out to the tip of Long Island -- to Amagansett's Atlantic Beach, to be exact -- for the 24th annual East Hampton Sandcastle Contest (brainchild of architect/designer Rossetti Purchik, sponsored by the non-profit Clamshell Foundation). Five categories of castle-o-philes were carving away when I arrived: Sand Fleas (kids up to 8); Sand Hoppers (9-15 year olds); Sand Tribes (Families); Sand Shapers (adults); and Sand Pros (professionals). 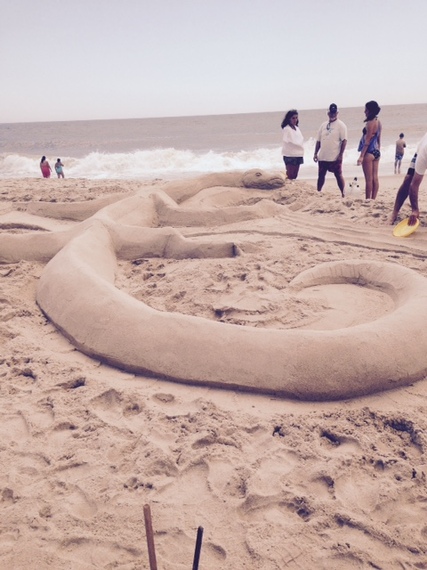 As the sun poured its periwinkle rays on the beachgoers, families from up and down the East Coast were pooling resources, enthusiasm and discipline, creating magic on the sands of Amagansett.

By the Sea, by the Seabreeze
Down the road at the charming Seabreeze Inn (dating back to 1957), father-daughter team Rob and Robin Fariel 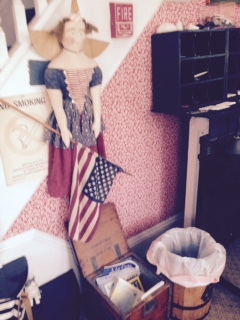 gave me the dirt (or the sand) on Amagansett sandcastle lore. Rob --a lifeguard there for 27 years-- 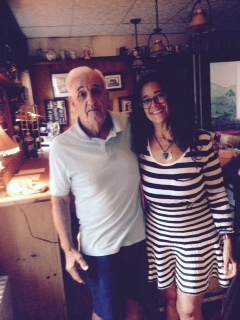 beamed his 10-year old son Greg was the first kid to win a sandcastle contest on Atlantic Avenue Beach. I saw the trophy to prove it! 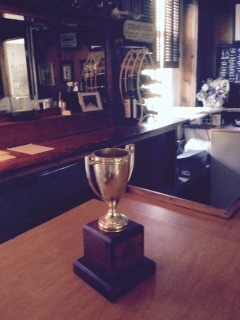 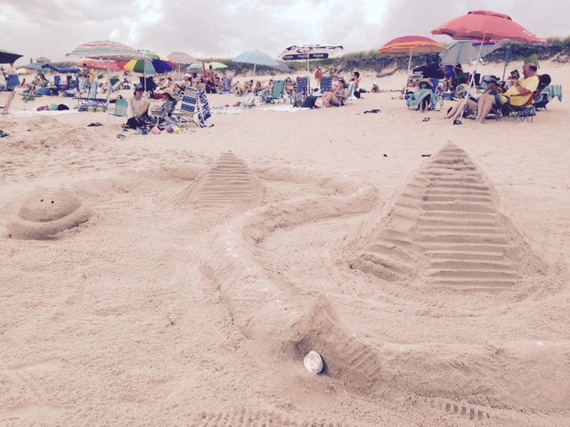 True, I've been watching sand-castlers for years. But this time the emotions grabbed me in the gut. I felt the sacred space as I approached RIP Cecil, a tribute to the beloved Zimbabwe lion lured out of his preserve to his untimely death. But the pair of whimsical sand-carved elephants turned the tides from melancholy to humor. 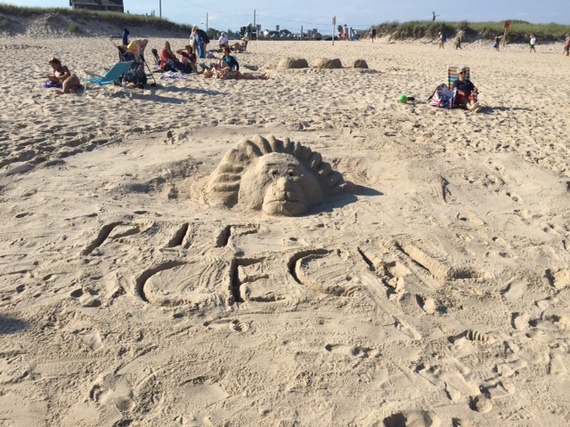 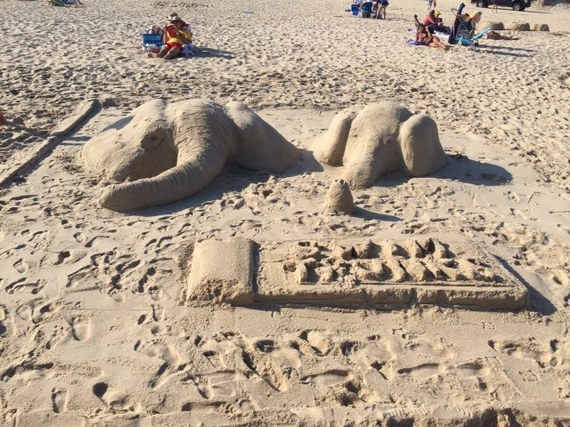 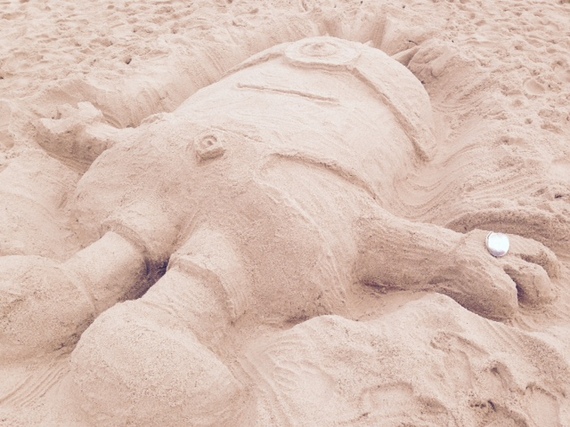 Quilting Bees? Sandcastles, Please
These are hardcore Sandcastlers--a true community, like choirs and quilting bees, with one added element: sand. A mixture of friends and family, clumps of kids, teen-age neophytes and master sand carvers share the camaraderie, or castle-a raderie.

Summer Games 2016
Talk about fitness. Forget pilates. Try sandcastle building for staying in shape. After all, one sculpture = hundreds of back-and-forth trips to the water. Sandcastle stamina is staggering. So if Sand Castle-ing becomes a Rio Summer Olympic Games 2016 event, you heard it here first.

Martha, Can we borrow a Spatula?
Move over, Martha Stewart. Sandcastlers need proper tools, from garden gloves to cutlery. Try a kitchen spatula 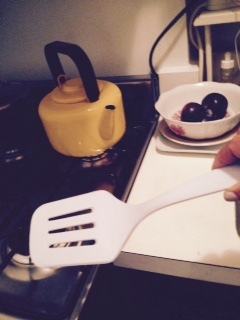 or cake-icing spreader, melon baller, teaspoon or butter knife. Creative artists use palette knives and paintbrushes to "erase" their mistakes.

Some use a barber's brush or rake to smooth out surfaces. For detailed precision, check out surgical tubing, drinking straws and birthday party balloon pumps! Key ingredients? Moisture, compaction, tampers (as in concrete construction), pry bar, leveling tools, water spray bottle, and trowel. This is no child's Playdoh recipe!...

International Castles in the Sand
Sandcastle competitions circle the globe from Italy to Iceland -- from Lido di Jesolo's golden Dolomite sand to Holtsfjara Beach in the Westfjords. From Latvia to Malaysia; the French Riviera to Omaha Beach. From Noosa Beach, Australia to Vida Soul Beach in Los Cobos, Mexico. Scholars, check out the World Sand Sculpting Academy (Zandacademie) in the Netherlands. EC 2015's theme in Zandvoort aan Zee? "Van Gogh and his contemporaries." Watch out, Michelangelo!

ABC's of Sandcastle Scrabble
Some additional beach cocktail party fun facts!
A biogenic sands - mineral sands which derive from non-living sources.
B artizan - A small turret on the top corner of a wall or tower
C astellan - An official in charge of a castle. 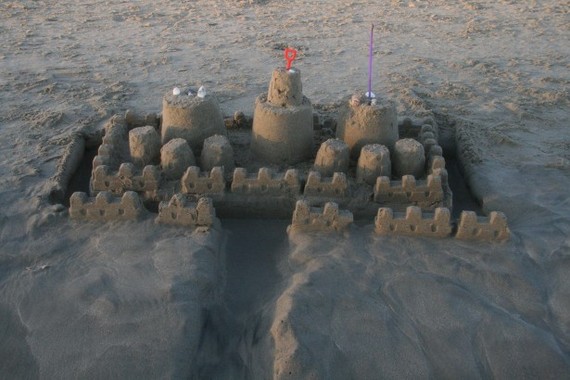 All I know about sand is that it's made of loose grains...mostly Quartz. Another Q word? Quoin -phenomenal Scrabble word. (Definition? Exterior angle of building).

Who? What? When? Where? Why NOT?
American sandcastle competitions pop up from Coney Island to Galveston, from the Neptune Festival (Virginia Beach) to Sand Castle Days (South Padre Island). There's even a US Open Sandcastle Competition in Imperial Beach (prize: $21,000). The AIA offers the Golden Bucket for Most Hilarious, Most Complex, Stars & Stripes, and Most Architectural.

We all know about Barbra Strei-SAND, the AmperSAND & Mr. Sandman. We've got sand masters, Sandcarvers, sand dunes and sand dollars.

Yup. We've sure come a long way from the Sandbox. 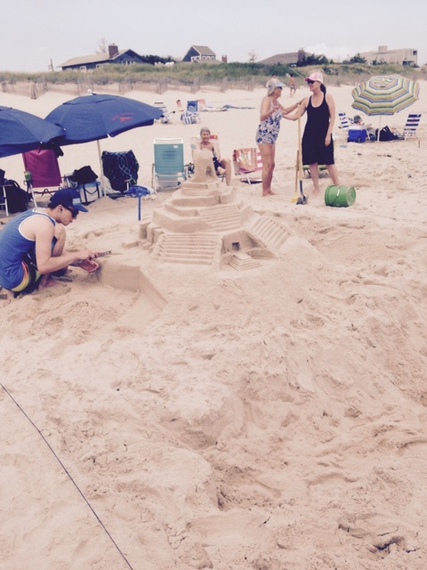 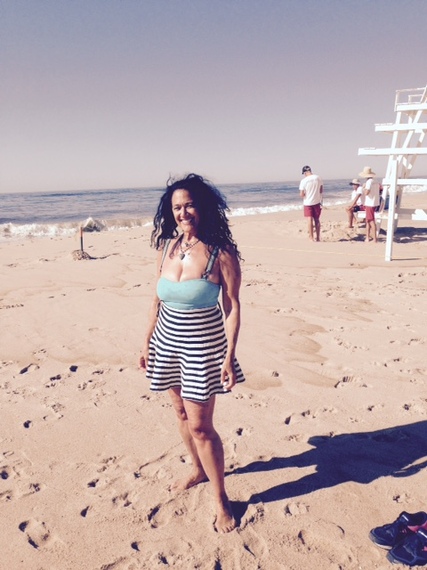