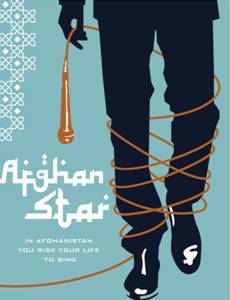 Thirty years ago people could sing and dance in Afghanistan. Then the Taliban took control, instituted Sharia law and, as described in the film The Kite Runner, changed Afghani life, culture, and personal freedoms for an entire generation.

I have had the misfortune of experiencing what it was like to live under Sharia, following the Tsunami in Aceh, Indonesia. It was horrific..

In 2004 laws were changed that allowed for a new American Idol-like show to be produced in Kabul: Afghan Star; Britain's Got Talent , in Kabul. Imagine Susan Boyle being attacked for being too sensual.

Contestant Lima now fears for her life every time she goes home.

Considered sacrilegious by the Mujahideen and outright banned by the Taliban who ruled from 1996-2001, music has come to symbolize freedom for the youth.

"The Taliban fell in 2001 but it took a few years for a new government to be established. Parliament and the new laws didn't start until 2004," the director explained to me from London.

The film reveals the hopes and dreams of Afghan youth; their desire for peace, education, and freedom of expression. 60 percent of the Afghan population is under 21, and despite the backdrop of conflict, corruption and repression, they want to move forward.

British director Havana Marks has made a documentary about the lives of four contestants of the 2,000 that applied. The film is in Dari, Pashtun, and English with English subtitles

Winner of the Directing and Audience Awards in Sundance's 2009 World Documentary competition, Havana's film is timely and deeply moving. 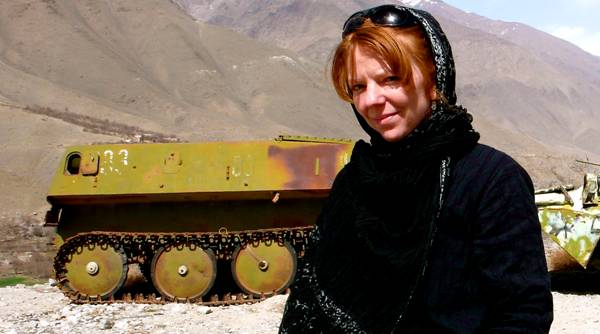 "I had always wanted to go -- to explore Afghanistan -- all my life," Havana told the Huffington Post. "My father had been there in the 60's and the images from that era were just epic."

"I tried to pitch lots of ideas -- just to get there. Luckily, none of them were commissioned. In the process I talked to a British war journalist, Rachel Reid -- now the brilliant Human Rights Watch officer there.

"Rachel in fact told me about the new TV series Afghan Star and put me in touch with the local channel owners. I knew instantly that it was a genius idea.

"I have always loved Pop Idol -- I always cry! -- and knew the show would be the perfect vehicle and way into such a complex and extraordinary place," Havana told me.

By observing the Afghan people's relationship to its pop culture, Afghan Star is the perfect window into a country's tenuous, ongoing struggle for modernity. What I would normally consider frivolous entertainment is downright revolutionary in post-Taliban Afghanistan. 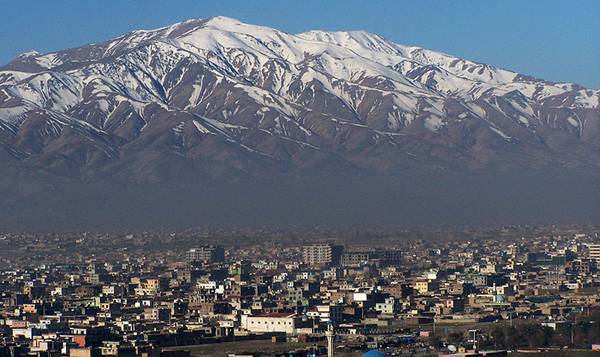 The film Afghan Star was filmed in the nation's capital Kabul.

The film is spectacular and wins on almost every level. It presents live in Afghanistan today. It explains popular culture in historical and current perspectives. It is a riveting narrative with life-and-death consequences.

By the show's finale, one-third of the nation watched Afghan Star.

Afghan Star is open to anyone across the country despite gender, ethnicity, or age. The show notes the many tribes that make up a united Afghanistan. 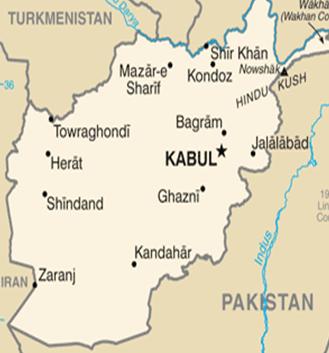 Women have not sung in public in decades, and several of the contestants were women.

Ironically, this pop culture show actually highlights democracy as Afghanis across the nation vote for their favorite contestant by cell phone. The show demonstrated that all Afghanis -- of different genders, ethnic groups, age sectors -- are equal.

This is a highly radical idea in a country still essentially based on a male-dominated tribal elder system. 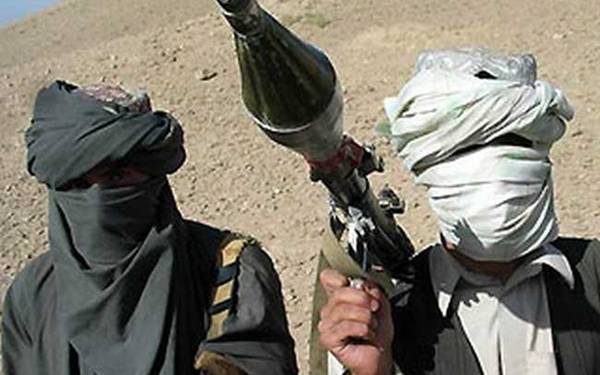 The Taliban did not like Afghan Star and threatened to disrupt cell service.

The Taliban become so annoyed they threatened to wipe out the country's cellular infrastructure.

"The Taliban rose during a brutal and pointless civil war, after the U.S. / Russia conflict there," Havana explained.

"They are the absolute result of violence and poverty and will always gain strength when the main government is weak.

"The people of Afghanistan do not necessarily want to support them, but often have no choice or alternative," Havana told me.

I am a big Oprah fan, and when she called the film "fantastic," I took notice.

The documentary interviews people on the streets and in cafes who provide a fascinating insight into the lives and minds of today's Afghanistan.

"Our people are war-torn, tired of fighting. I want to be happy," says one man. The show's director echoes that: "We want that dark thinking made brighter."

The songs the contestants sing reflect the diversity of the country. One finalist sang, "My love is Hindu, but I am a Muslim."

The film shows police in the capital dealing with the throngs who try to see the show's performance. U.N. troops are seen throughout the city maintaining order in general.

The highlight for me was when one woman became so caught up in her performance she let her head scarf slip -- and actually danced a little -- a dance of pure joy. This marked her for death. 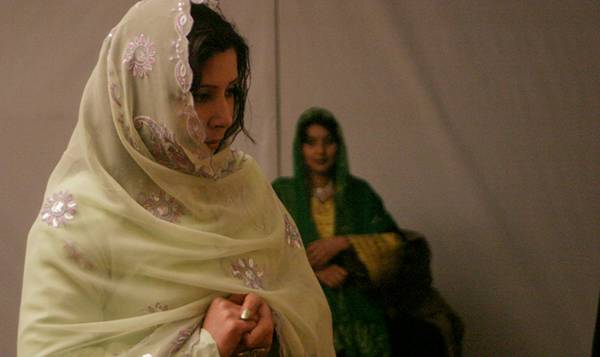 The women who appeared on Afghan Star literally risked their lives.

Setara is a 21-year old female singer from Herat. Wearing modern fashion and Bollywood makeup, she is adored by the young girls, hated by the older generations.

"She will pay a big price," says one man on the street. "Her life is in danger," adds another.

Soon she comes under attack from all sectors. Ismail Khan, Afghani cabinet minister and former-warlord, is filmed saying, "This is and insult and degradation."

On the street, "She has brought shame upon us," from one. "No one can go that far -- she danced!" from another. "She deserves to be killed!" from a third.

The Islamic Council issued an edict about the show that said, "If this continues, our society will collapse." They found it to be against Sharia law.

"I am no expert on Sharia other than it wasn't the traditional system of Afghanistan. It was imposed on the people there," the producer said.

"However, one must never fall into the trap of thinking that all Islam is based on Sharia or its ideals -- its not," Havana very correctly pointed out.

My adopted son Mathew watched the film with me. He has lived for years in Muslim-dominated Indonesia. "That woman on the show had such guts to show her face," he said in awe.

But she was unafraid: "I feared death under the Taliban. I will continue until the end." She returned to her family in conservative Herat, but is now recording her first album back in Kabul where she remains under protection. 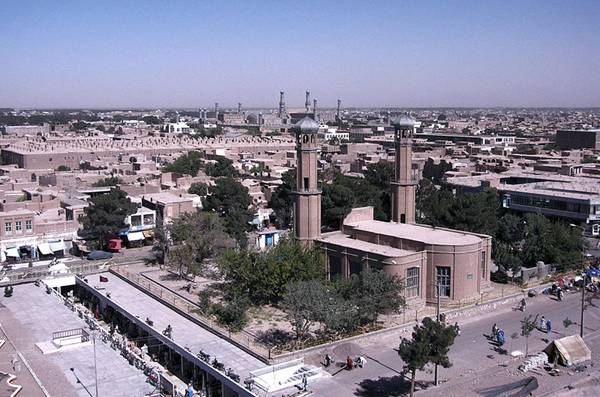 Setara could no longer remain in Herat after dancing on the show.

Her mother admitted in the film that graffiti had been written on the family's door calling her daughter a whore.

In the 1980's life was normal -- "Western" -- in Kabul. In the words of one interviewee, "good and beautiful." It was liberal, with "girls and boys together."

Havana does not focus her lens on the foreign military presence in Afghanistan. I asked her how she felt about U.S. involvement there.

"That is a big question and not really my role to comment on the rights and wrongs of the invasion. I do know, however, that once you start something you have to behave responsibly and see Afghanistan right. If forces left now the place collapse within weeks. Military might is equally important as development and considered strategy.

"The tragedy is that neo-cons were not interested in the latter; they turned all attention to Iraq and everything achieved went to ruin. The surge now is practically starting again," Havana told me.

U.S. President Barack Obama has recently ordered 21,000 extra American troops to Afghanistan, adding to the around 60,000 foreign soldiers already in the country. There are an estimated 40,000 Taliban fighters in the country.

Despite the fighting, the show went on. By the show's finale, 11 million people -- one-third of the nation -- watched Afghan Star. Pop culture, at least here, moves the world forward and serves to better humanity.