(RNS) It's been years since the incident, but Bishop Gene Robinson's heart still races when he sees it on film.

Robinson, the Episcopal Church's first openly bishop, was preaching in London when a man in the audience stood and began yelling at him. The heckler waved a motorcycle helmet in his hand as he ranted. Robinson silently wondered if he was hiding a gun or a bomb beneath it.

Ultimately, the man was escorted from the church, but the moment reminded everyone, including Robinson, of the risks of taking a stand.

It's one of many moments -- some suspenseful, some inspiring, some heartbreaking -- captured in "Love Free or Die," a documentary about Robinson that's premiering at the Sundance Film Festival in Park City, Utah.

"As far as we've come in terms of equal rights for lesbian, gay, bisexual and transgender people, we still have a long way to go, particularly in the central part of the country," Robinson said in an interview.

"If my story can help a young boy or girl in their teens believe they can have a wonderful and productive life and family, then it's worth my putting up with a film crew following me around for two years in order to comfort and inspire them."

The film follows Robinson as the church grapples with how to handle lesbian and gay issues. Robinson's election brought to a head divisions between liberal and conservative Episcopalians, and between the U.S. church and more conservative members of the worldwide Anglican Communion.

Filmmakers followed Robinson to England in 2008, where he was excluded from the Anglicans' Lambeth Conference of bishops. And they followed him to the Episcopal Church's 2009 General Convention, where leaders voted to allow blessings of same-sex marriages, civil unions or domestic partnerships (where legal) and allow gay men and women to become bishops.

Along the way, they interviewed Robinson, his family and other church leaders, many of whom supported his quest for equality and some of whom did not. In one scene, a woman sobs that she is torn between wanting to do what's best for the people around her while also remaining true to Scripture.

Filmmakers also interviewed other gay church leaders, including former Utah Episcopal Bishop Otis Charles, who came out after he retired.

"It's like trying to put on a suit that doesn't fit," Charles says in the documentary of trying to hide his sexual orientation.

Sandra Itkoff, the film's producer, said she was surprised how many people still live cloaked existences.

"Gay people live in many of our communities in seemingly comfortable situations," Itkoff said, "and we don't remember how precarious many aspects of their lives really are."

Robinson sees himself as part of a new generation of church leaders who want to be open and honest about whom they are. He wants to show that people need not choose between their faith and their sexuality.

"The church asks its clergy to climb into the pulpit every week and call people to a life of integrity, but for countless generations it's asked its gay and lesbian clergy to live a life without integrity while calling on other people to do it, and that just seems crazy to me," Robinson said. "I think people are drawn to a religion that supports integrity and honesty and openness."

It's a message Robinson and filmmakers know could resonate, especially in Utah, home to The Church of Jesus Christ of Latter-day Saints, which opposes same-sex marriage.

"My hope," Robinson said, "would be the Mormon church and other conservative churches would see the difference between civil rights for LGBT (lesbian-gay-bisexual-transgender) people and whatever theological stance the church might take."

Director Macky Alston called Robinson a "historic figure?? who has inspired many to see homosexuality in a new light. Though Alston knew Robinson before they started filming, the bishop still took his breath away at times, particularly during the clash in the London church.

"Tears were just streaming down my face because I had come to already love the guy," Alston said, "but it was also the moment I recognized that he's put his life on the line and made himself entirely vulnerable for my freedom."

It's a vulnerability Robinson has lived with for some time, and he knows this film could raise his profile even higher. But the exposure doesn't bother Robinson. He welcomes it.

"My husband, Mark, and I had to decide very early on about the safety issue," Robinson said, "and what we decided was if you live your life in fear, it's not much of a life worth living. So we decided to put that in God's hands and do what we felt was right and speak out whenever we could." 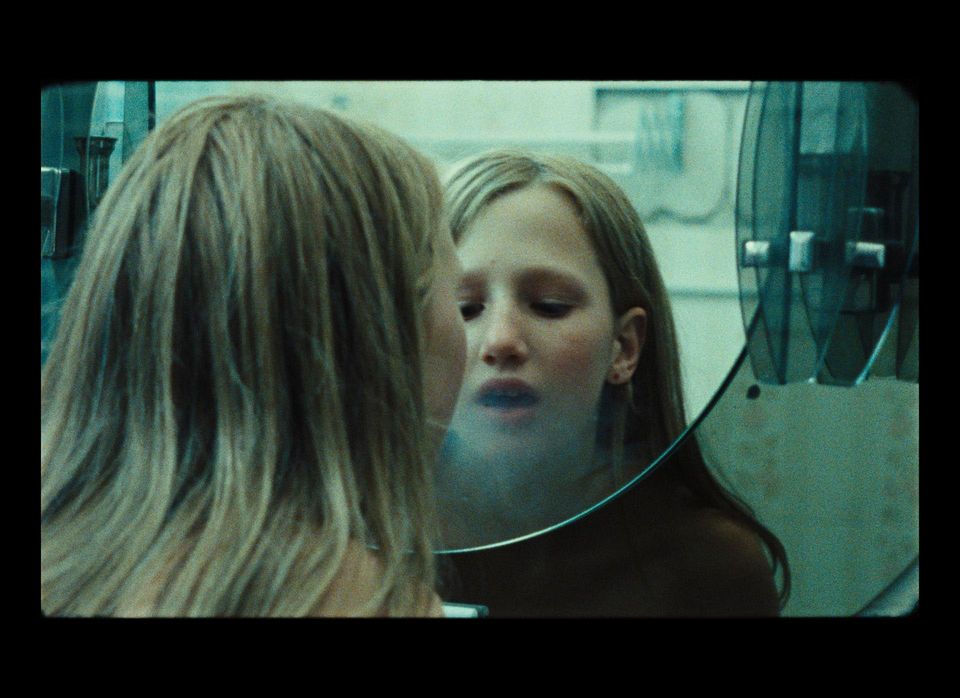 1 / 10
'Corpo Celeste' (Heavenly Body)
After growing up in Switzerland, 13-year-old Marta returns to a city in southern Italy with her mother and older sister. Independent and inquisitive, she joins a catechism class at a local church. However, the games and religious pop songs she encounters there do not nearly satisfy her interest in faith. Struggling to find her place, Marta pushes the boundaries of the class, the priest, and the church. Contemplating religion is an enduring tradition in Italian cinema, but Rohrwacher brings a fresh inflection and a provocative artistic vision. Her vérité aesthetic emphasizes character and subtle behavior. Uninterested in shallow critique, "Corpo Celeste" posits a girl who is resolutely searching for deeper truths. Marta instinctively rebels against the apathy and hypocrisy of the adults around her, including a priest who is more interested in his career than he is in faith. Ultimately, her spirituality is as much of the Earth as it is of the heavens. <em>Caption credited to www.sundance.org</em>
Film Movement