The search for a missing Brown University student has expanded across the Northeast after authorities could not find him in the Providence, R.I. area.

Sunil Tripathi, 22, was last seen the morning of March 16 near his apartment close to the university's campus, WUSA 9 reported. A housemate said he was wearing blue jeans, an Eastern Mountain Sports ski jacket, glasses, and a Philadelphia Eagles wool hat.

Tripathi left his home without his wallet, cellphone, or bicycle -- his main form of transportation, according to ABC News. 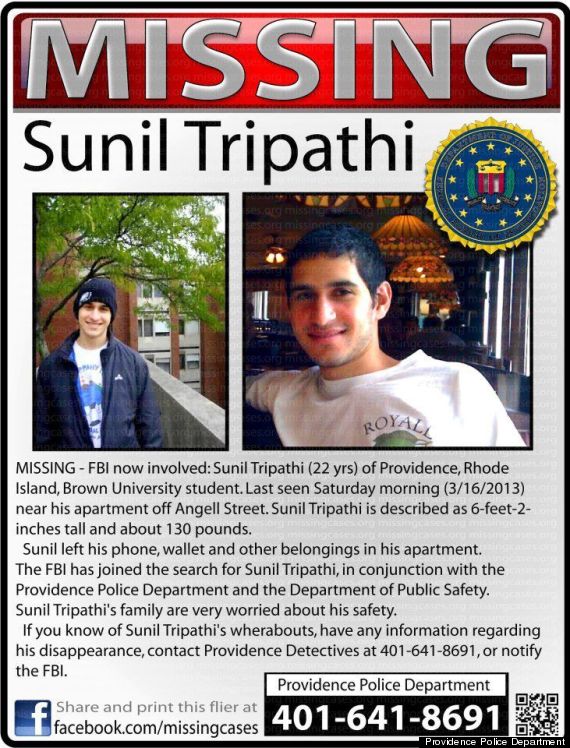 "Between family and friends, we are in constant contact with him," Tripathi's sister, Sangeeta, told the station. "We became worried when he didn't respond to many missed calls."

Tripathi had been struggling with depression, according to his family's Facebook page "Help Us Find Sunil Tripathi." He took a leave of absence from Brown last year. Friends and family that he spoke to on Friday, March 15th said they saw no indication of abnormal behavior.

The FBI have now joined Providence Police Department and the Brown University Department of Public Safety in finding Tripathi.

According to a family statement and press release, they've now expanded the search to include Boston, Connecticut, New York, and Philadelphia.

Anyone with information regarding Tripathi's whereabouts can contact Providence detectives at 401-641-8691 or the FBI.