In an upcoming exhibition, two artists document place and transform space, with work that captures individualized moments of the American landscape and experience.

Though the two artists approach their work from different backgrounds and with entirely different styles, there are certain commonalities, Cranbrook Art Museum Director Greg Wittkopp said.

"You experience the Alec Soth show, it's all … two-dimensional work for the most part, and then suddenly you walk down this tight, narrow corridor and you're in the middle of "SSVT Vapor Slide," this exhibition that just consumes you … that defines and consumes space. So on the one hand, they're completely different," Wittkopp said.

"On the other hand, though, Alec Soth's work is very much about the particularity of place," he said, "and ["Vapor Slide"] is about Park's very particular response to the landscape of Vermont. What unites them are these ideas about place, what are the moods, the characteristics that define a particular place."

The museum invited Soo Sunny Park to bring her piece to the museum as part of an effort to showcase the work of graduates of the Cranbrook Academy of Art. Currently an art professor at Dartmouth College, Park graduated from the MFA program in 2000. Her installation combines thousands of pieces of chain link fence, plastic cups, paper clips and river rocks for a large-scale, experiential sculpture that echoes Vermont's "undulating, snowy hills."

"What she really does is transform these everyday, quotidien materials into this installation that just is poetic," Wittkopp said.

“From Here to There: Alec Soth’s America” is a retrospective of Soth's work, focusing on his photographs taken in the U.S., organized by the Walker Art Center in Minneapolis. Soth's detailed photographs, primarily shot with an large-format film camera, show an America that typically stays out of the limelight, from men who live off the grid to women in the Louisiana Goth scene.

But when his body of work came to Cranbrook, Wittkopp and Soth brainstormed a way for the exhibition could be unique to the museum. Accompanied by two Cranbrook graduate students and writer Brad Zellar, Soth traveled and photographed in Michigan, beginning from the Wisconsin border and traversing the state.

"The timing of this ... in the two weeks leading up to the presidential election, meant a lot of these images capture Michigan and its residents at this moment of political tension," Wittkopp said.

Soth worked with Cranbrook MFA students to print photographs from his most recent travels, which will appear in the show alongside his past work. Park also worked with students to install her piece in a gallery that connects to both the museum and the school, designed to reflect the work happening at the academy for the public to experience.

“From Here to There: Alec Soth’s America” and "SSVT (South Stafford, Vermont) Vapor Slide (2007)" open at the Cranbrook Art Museum with a members' only preview (though one can join on the spot) on Friday, Nov. 16, with a 6 p.m. talk by Soo Sunny Park and an 8 p.m. screening of a documentary featuring Soth, "Somewhere to Disappear," in the deSalle Auditorium. Soth will return to the museum for an afternoon program on Jan. 27, 2012.

The show opens to the public Saturday, Nov, 17 and closes March 30, 2013. The museum is located at 39221 Woodward Avenue, on the campus of Cranbrook Educational Community in Bloomfield Hills. Museum hours are Tuesday to Friday, 10 a.m. to 5 p.m. and Saturday and Sunday, 11 a.m. to 5 p.m. 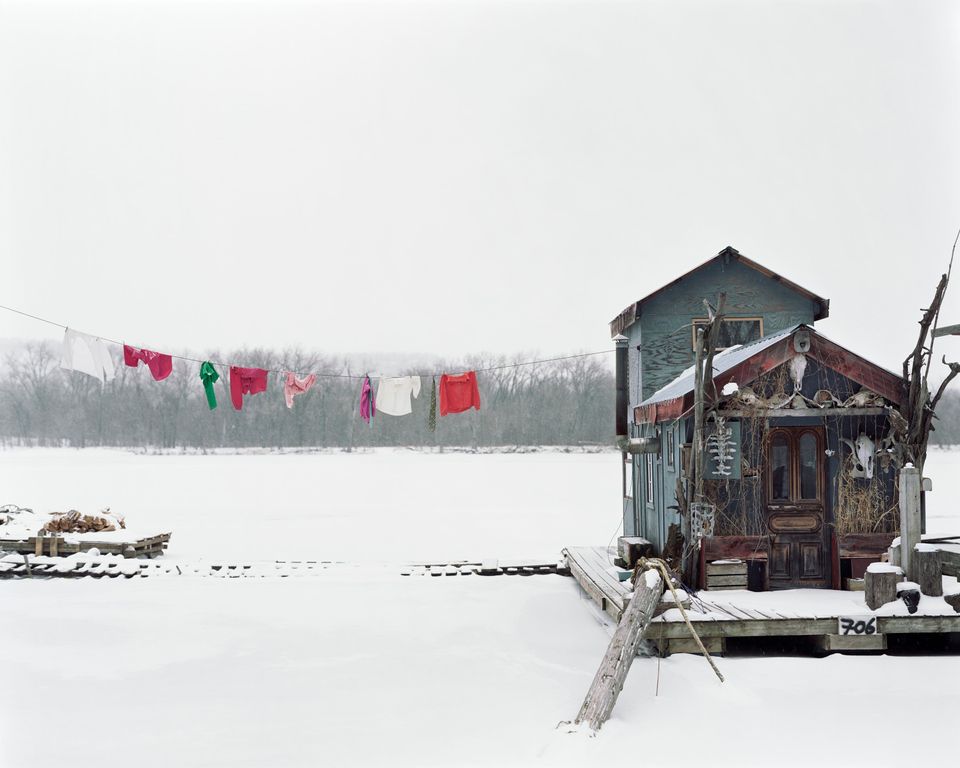